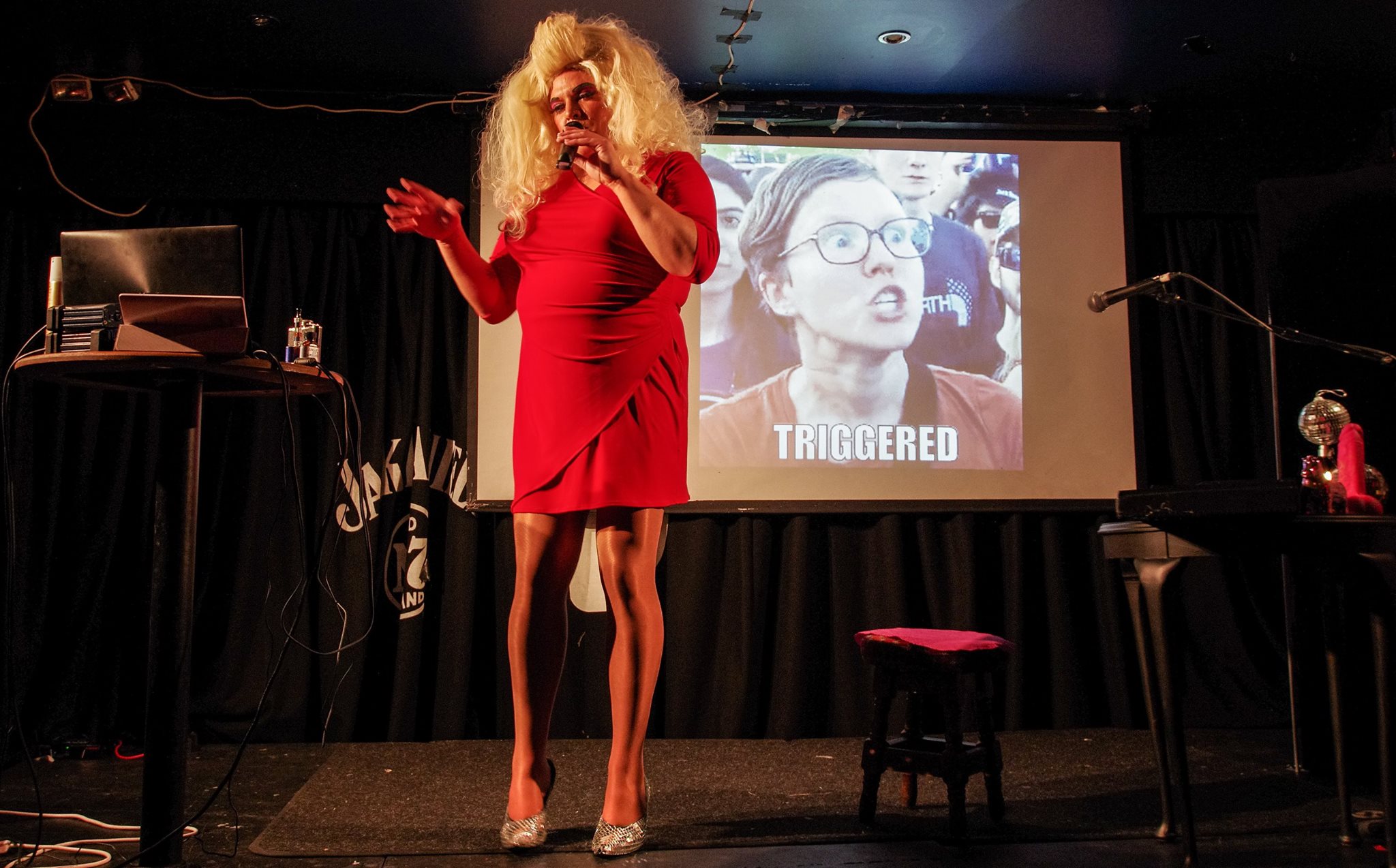 Madonna Lucia proudly presents her one-woman show ‘not safe for work’ at Dolans Upstairs venue on Thursday, July 13th at 9 pm sharp. ‘Nsfw’ was a breakout hit at this year’s first ever Limerick Fringe Festival and has been updated especially for Pride week. Part autobiographical, part stand-up comedy and guaranteed to offend, the show deals with body image and sex in the digital age. Doors open at 8 pm.

This is the second performance of ‘not safe for work’ by Madonna Lucia. The show was conceived, written and performed by Madonna is otherwise known as Evan Kennedy. Evan is one-half of Limerick Drag institution and real life partners ‘Sheila and Madonna’. Although no stranger to the stage this was Evan’s first solo outing into a theatre and the Limerick Fringe crowd were very receptive. “It was daunting going into this project as it is really just me in drag, a microphone and a PowerPoint presentation. I am used to having back up on stage as Mike and I perform together so this was a whole new world for me. Fringe audiences expect to be shocked and anticipate risqué content so I had to find a way to connect beyond simply being controversial. I make the subject matter personal with funny anecdotes and no judgement and a lot of fun along the way!”