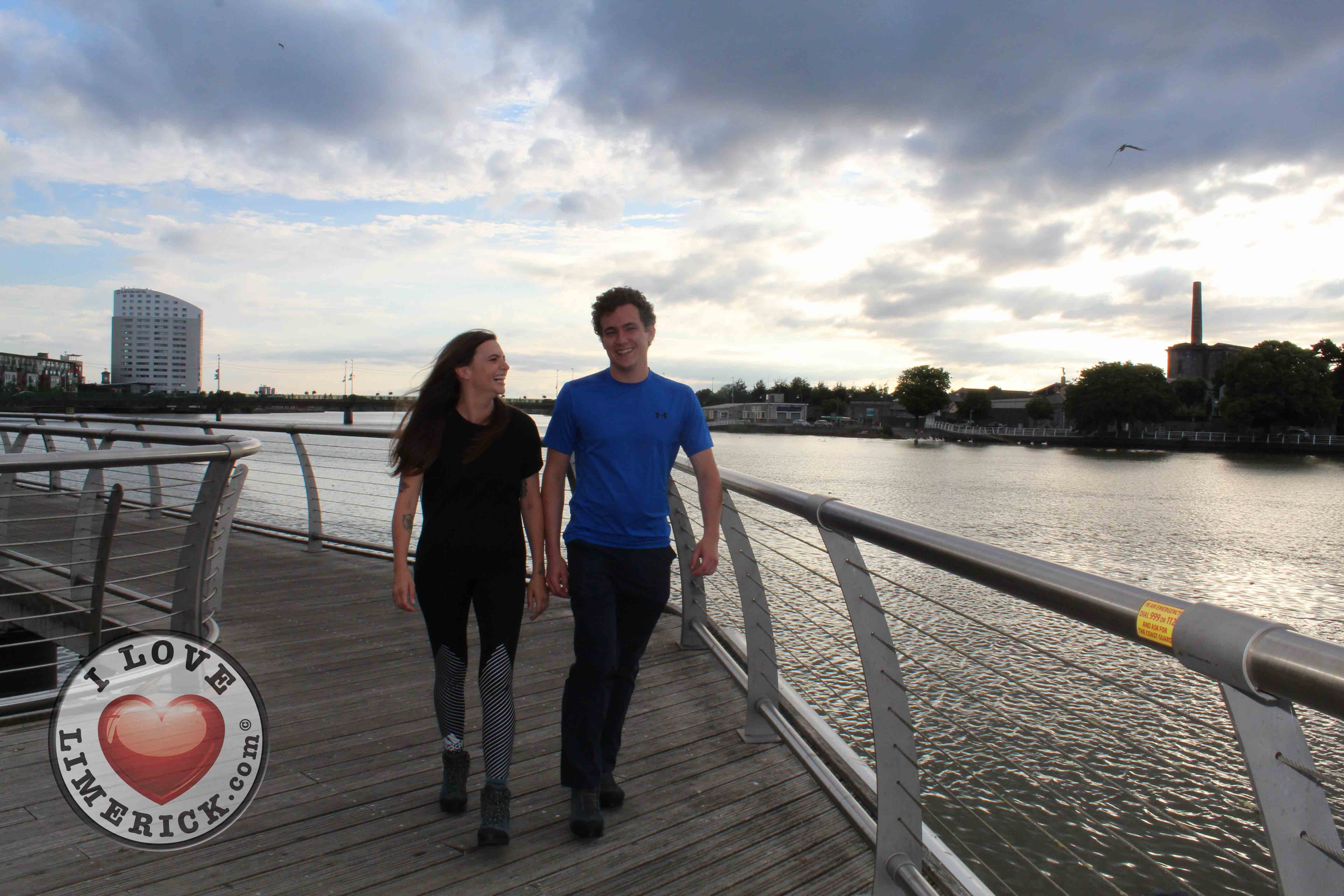 Maeve O’Donovan from Limerick is about to undertake a mental health trek, hiking 214 kilometers with boyfriend, Martin Maignan for mental health charities. Picture: Zoe Conway for ilovelimerick.com 2018. All Rights Reserved.

Maeve O’Donovan from Limerick is about to undertake a mental health trek, hiking 214 kilometers around the ‘Ring of Kerry’ for nine days with boyfriend, Martin Maignan in aid of three mental health charities starting on Sunday, July 15 in what is being called Maeve and Martin’s Trek for Mental Health.

The deserving charities Maeve and Martin have chosen are Limerick Suicide Watch, Limerick Marine Search and Rescue, and Pieta House. They chose these charities as they are very close to Maeve’s heart as she, like many others has suffered from mental illness.

“The reason I chose these charities is that I was fortunate enough that my family and friends were very supportive and were always there for me that I didn’t need the services these charities provide but a lot of people don’t have that help,” the ambitious hiker, Maeve told ilovelimerick.

Maeve finds it difficult to pinpoint exactly when she became mentally unwell but for a long time, she suffered silently until one day she confided in her sister which gave her the confidence to tell her mother about the struggles she was going through.

“It wasn’t until I was having panic attacks, one to the point where I passed out, anger attacks, severe OCD, paranoia and extreme anxiety that I finally knew I needed help.” Maeve’s mental health deteriorated so much that she could no longer work so she left her job and ended a two and a half year relationship.

Maeve always hid her mental illness from others but that could no longer be the case as her illness soon began to show physical signs in the form of her hair falling out. This was probably Maeve’s biggest turning point.

It was when Maeve began to feel suicidal that she decided that real changes needed to be made so she began meditating, walking, running and doing yoga. She even just recently completed the Great Limerick Run with Martin.

Maeve O’Donovan from Limerick is about to undertake a mental health trek, hiking 214 kilometers with boyfriend, Martin Maignan for mental health charities. Picture: Zoe Conway for ilovelimerick.com 2018. All Rights Reserved.

Later Maeve persevered herself to work again and this is where she met her boyfriend Martin who has always been incredibly supportive of her struggles. “I went back to work for The French Table in October and they opened a place called La Patisserie and we went for our first meeting and the person who made the patisseries came out and it was Martin. I spotted him straight away but it took him awhile to see me,” Maeve laughed.

Maeve was feeling much better in herself at this time but the bald spots were still not growing back and she feared that they never would so she decided to get a tattoo on the side of her head to cover one of the bald spots to make the side of her head more interesting and also because she heard that on occasion, irritating the alopecia can make the sleeping hair cells wake up. This, unfortunately, didn’t work.

Maeve then decided to take a supplement called ‘Cellnutrition’ after seeing it being used by an Instagram blogger and after a month of taking the supplement, to her excitement, her hair began to grow again.

Maeve and Martin have been preparing for this mental health trek for a while now “we did a hike to Kilaloe and back and that was about 26 kilometers each way which took us two days whilst also camping and our fitness levels are up anyway because we trained for the half marathon back in May,” an energetic Maeve said.

Maeve is now more determined than ever to prove to herself that she is indeed mentally strong and completing this trek whilst raising a goal of €2,140 for charity (€10 for each kilometer walked) would in no doubt give her the proof that she believes she needs. “I think it’s a mental challenge, because of how I struggled with mental health. I think I need to push myself more and it’ll give me more clarity that I am mentally strong.”

To donate or learn more about Maeve and Martin’s Trek for Mental Health please, go here

Related Topics:Maeve and Martin's Trek for Mental HealthMental Health TrekRing of Kerry
Up Next