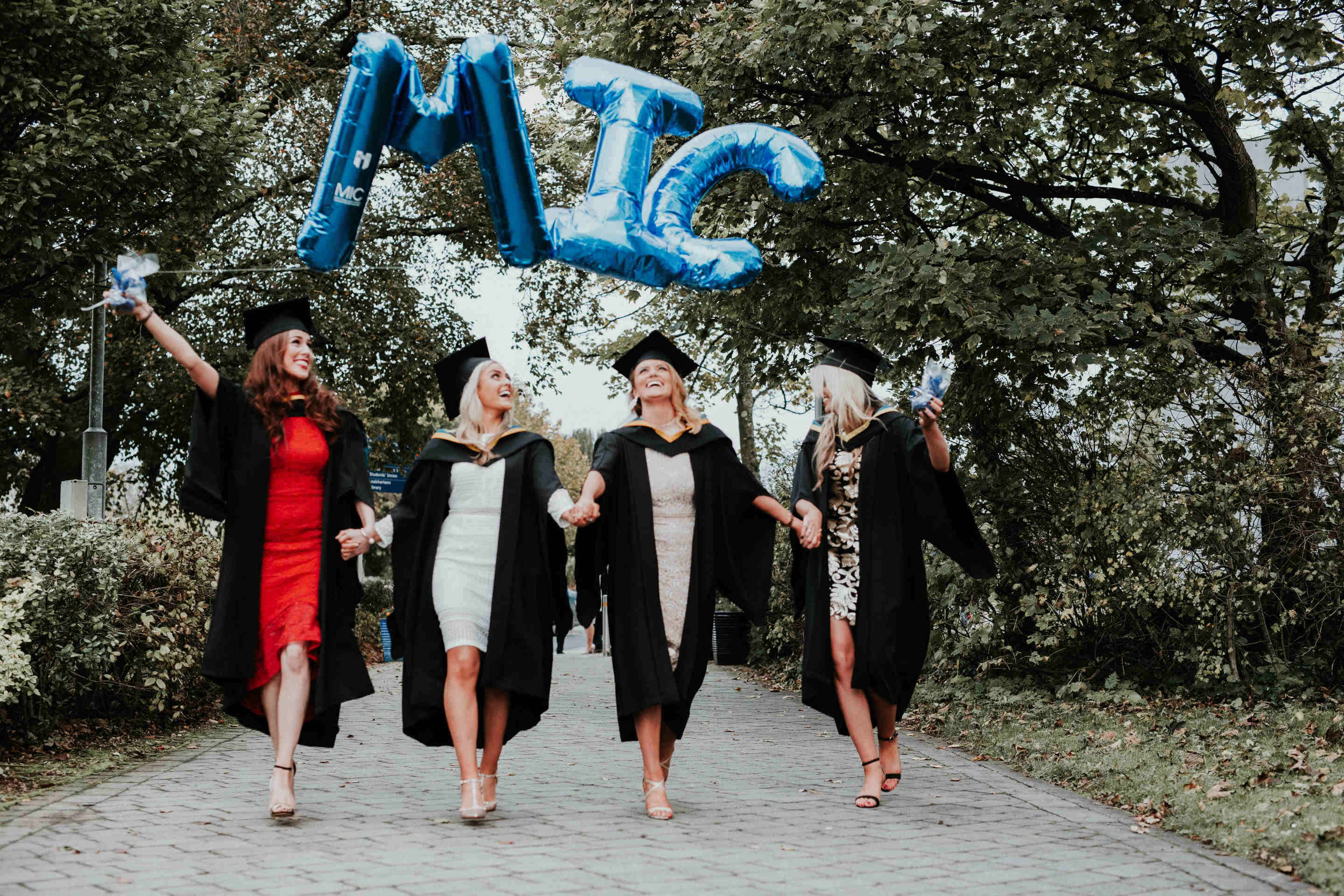 It may be getting colder outside but the degrees were rising in Mary Immaculate College this week as almost 2,000 graduates from across the globe were presented with academic degrees and other awards at the largest ever MIC conferring ceremonies 2017.

The three-day event witnessed many firsts including the first cohort of students to graduate from the Leadership for Inclusion in the Early Years (LINC) programme, in partnership with Early Childhood Ireland and Maynooth University; and the first cohort to graduate from the Graduate Certificate in Autism Studies (in partnership with Middletown Centre for Autism).

With almost 300 Limerick students graduating it was no surprise to see so many of them rising to the top including Niamh Cusack McEnery from Corbally, Limerick, who was presented with College Gold Medal for achieving first place in the BA Education, Business Studies & Religious Studies programme. Niamh was also the recipient of the Saint Bonaventure Trust Prize for achieving first place in Theology and Religious Studies.

Sarah Clancy from Ballingarry, Co Limerick, was awarded the College Gold Medal for achieving first place in the BA in Liberal Arts. Sarah was also the recipient of the French Embassy Prize for making the greatest progress in French over the course of her undergraduate studies.

Amy O’Donoghue, from Coonagh, Limerick, was presented with the Outstanding Achievement Award in recognition of her excellence on track and field. Amy, a B Ed (Primary Teaching) graduate, is one of Ireland’s great future prospects in Athletics. After a glittering underage and schools career, the middle distance runner has maintained her steady progress up the ladder of success. Representing the University of Limerick the Mary Immaculate College student has won the IUAA national 1500m title twice (in 2015 and 2017) setting a record on both occasions. Having dominated middle distance running at National Under-23 championships for three years in 2014, 2015 and 2016 she remains as competitive as ever moving into senior ranks. In 2016 she won a bronze medal at the Senior National Indoor Championships and took silver at this year’s Senior Championships. At an international level, she has represented Irish Universities in the Celtic International Track and Field Championships. She represented Ireland at Under-23 level in the 2016 European Cross Country Championships last December.

Speaking at the MIC conferring ceremonies 2017 Bishop Brendan Leahy, Bishop of Limerick and Chairman of An tÚdarás Rialaithe, MIC said “You will leave from here as graduates looking to the future. As you set out, may you be blessed in every way, especially with the hope that your life can make a unique difference in our world, that you will make hope and history rhyme as you write with your life the history lessons of the future.”

Pictured recently at the MIC conferring ceremonies was Amy O’Donoghue, recipient of this year’s Outstanding Achievement Award in recognition of her excellence on track and field. Amy, a B Ed (Primary Teaching) graduate, is one of Ireland’s great future prospects in Athletics. Picture: Liam Burke/ Press 22.

Tributes were also paid to the late Professor Michael Hayes, former President of MIC (2011-2017) who passed away earlier, with Bishop Leahy saying: “Professor Hayes made a remarkable contribution to the College…and often spoke of how studies at a Catholic college such as ours should contribute to you [the graduate] becoming a person of hope and of vision, a person who sees meaning in life in this world and promise beyond”. While Professor Des Fitzgerald, President of University of Limerick said of him: “While his loss is great, his legacy to this institution and to Education in Ireland is a strong and lasting one.”

Professor Fitzgerald went on to acknowledge the special relationship that exists between UL and MIC saying “I particularly want to celebrate the University of Limerick’s relationship with Mary Immaculate College which now spans over 25 years and has been the catalyst for so many positive developments. The partnership has reached many milestones over the years and I know that UL has been happy to engage in further educational innovations with MIC in collaboration with Limerick Institute of Technology under the aegis of the Shannon Consortium to deliver significant additional benefits to generations of learners and researchers in the region”.

Bringing the MIC conferring ceremonies 2017 to a close Professor Eugene Wall, President of MIC (Acting) said offered the following advice to those graduating: “Be kind to yourself and do not judge yourself too harshly… and extend the same tolerance and understanding to others who are travelling on the same journey. Recognise and fend off those who radiate negativity – and those whose coping mechanisms express themselves through cynicism and constantly criticising others.   Tend the inner voices of hopefulness and optimism, however delicate their call.   Above all, never allow your sense of hope to be extinguished.”

To find out more about Mary Immaculate College click here