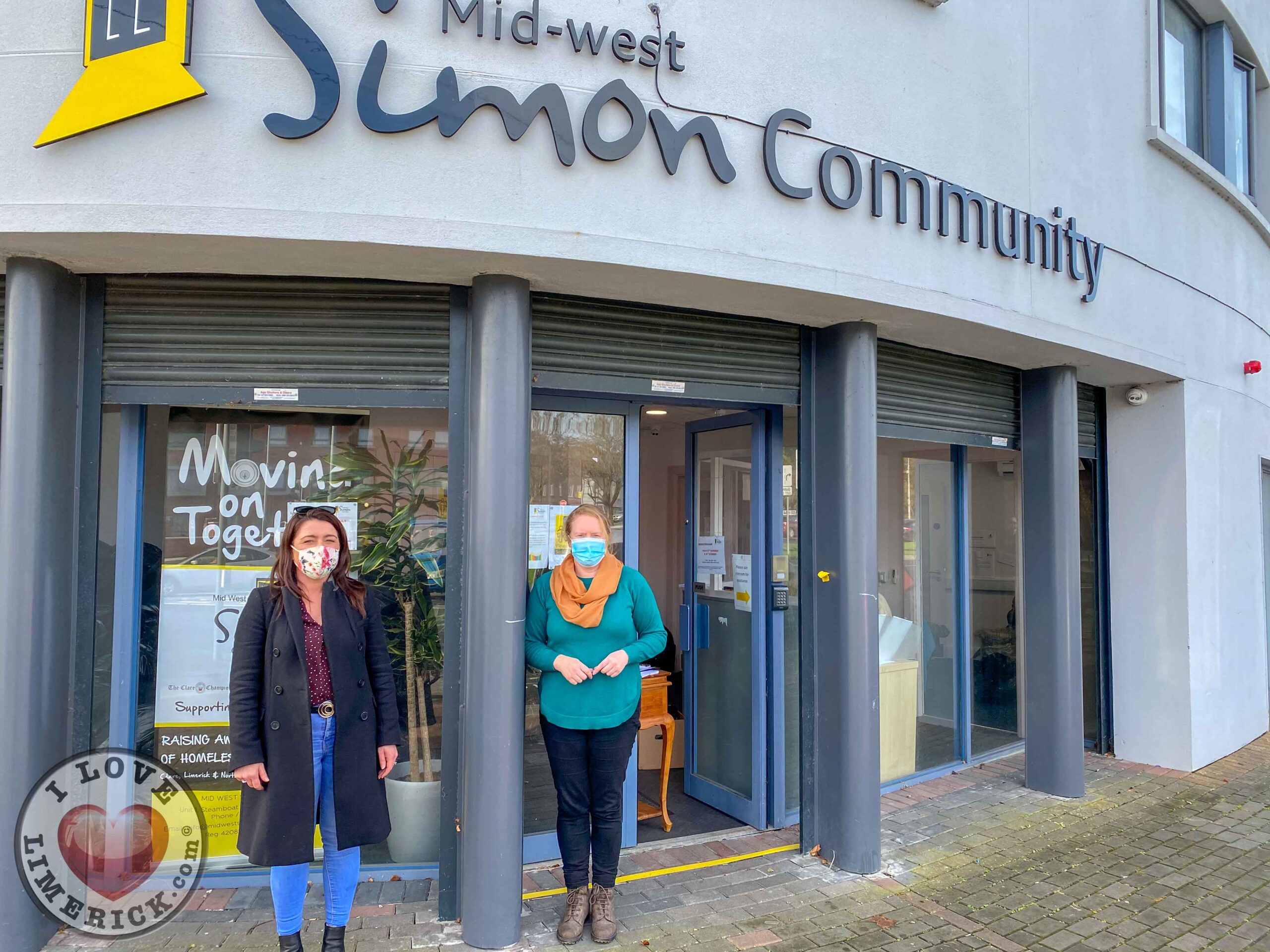 Limerick homeless charity, Midwest Simon Community have plans to open a social grocery next year. They hope to offer food at a heavily subsidised price for people in need.

Midwest Simon has said it will open a ‘social grocery’ in order to offer people in food poverty the chance to buy food at a heavily subsidised price which will give them more dignity than lining up outside of the Midwest Simon food bank operating outside of their office on Speaker’s Corner, Lower Carey’s Road.

Midwest Simon Community has been established since October 2006. The service covers the counties of Clare, Limerick, and North Tipperary. They aim to support people through their journey out of homelessness by providing appropriate accommodation and care services, tailored to their individual needs.

Midwest Simon opened their foodbank in 2014 and has seen the demand for food growing since the beginning of Covid-19 in March with around 9,000 people from across Limerick, Clare, and North Tipperary availing of the facility so far this year.

Midwest Simon in conjunction with the University of Limerick launched a feasibility study about opening a social grocery in Limerick. A social grocery is important as it gives people a better option for nutritious based food. People would have the opportunity to go in and get help in a more dignified way. It would be empowering people to access fresh produce at a lower and more affordable cost, and it will also give people a more dignified way of accessing food.

As part of the UL study, researchers surveyed the 131 people who used the foodbank and carried out in-depth interviews with 29 respondents.

The majority of those surveyed welcomed the social grocery concept to save money and have more choice about what they eat.

This will be the first social grocery to open in Munster and will act as a one-stop-shop by linking with other social services.

In other places, the initiative has shown to reduce stigma for people in food poverty while also giving them greater ownership over what they can eat.

Mayor Michael Collins has welcomed this move saying, “It’s an interesting concept. I just hope that the service will get to the right people. That people out there wouldn’t abuse the situation. But if it’s properly monitored and controlled, it must be a good initiative. Anything that can reduce food poverty is welcome.”

Eleshia Fahy, Head of Operations at Midwest Simon, said, “We are being consistently told that there is no dignity in receiving food in a black plastic bag and our clients would love a choice of food so they can decide for themselves what their families will eat.”

“Poverty in the disadvantaged areas in Limerick is widely documented and the evidence of these needs is backed up by our statistical data of clients using our food banks. It is our hope that by providing the people of Limerick access to a Social Grocery, we will tackle and address the issue of consistent food poverty in our community,” she added.

Related Topics:midwest simon community
Up Next