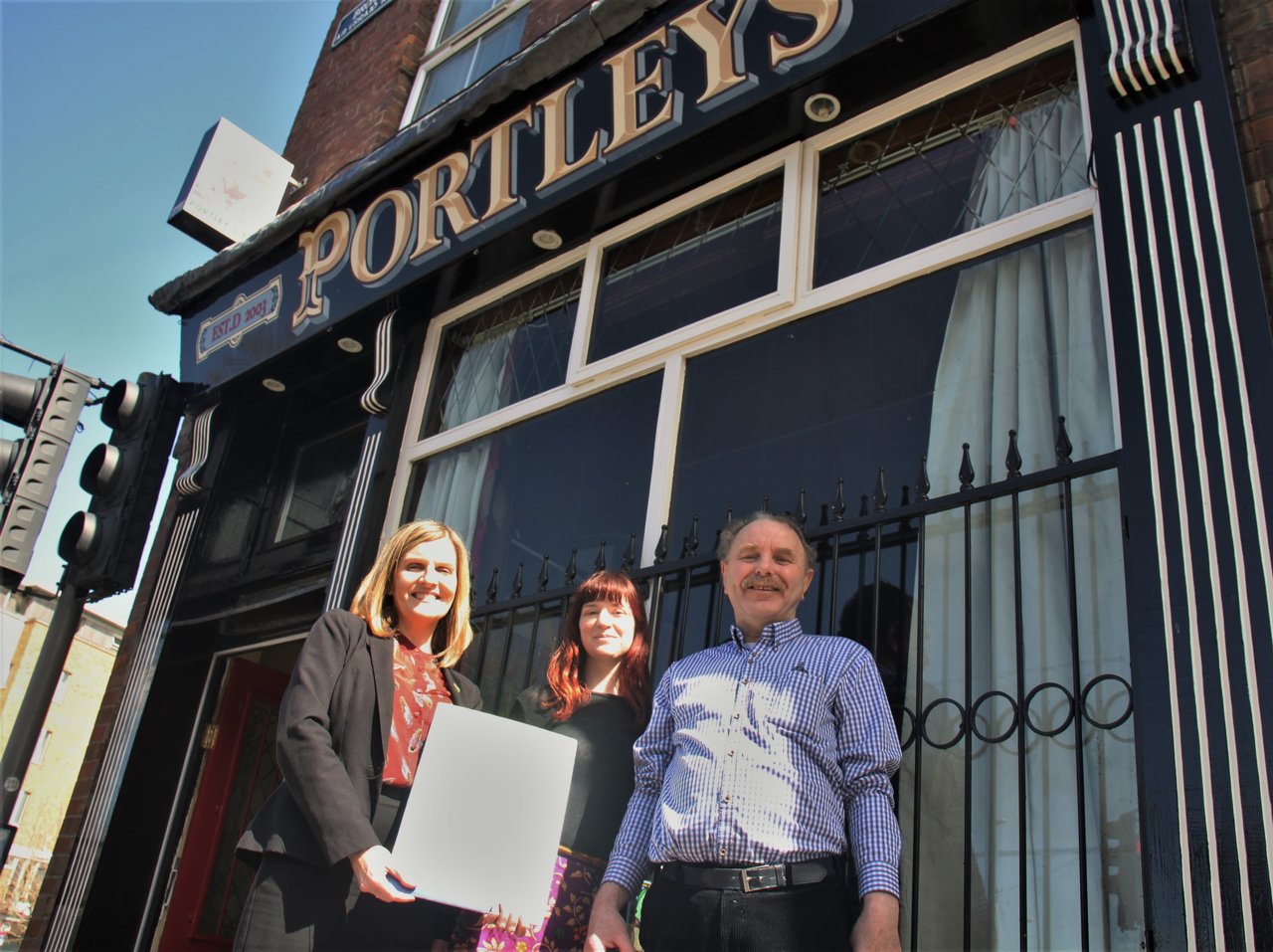 Maura says “We love getting suggestions for our monthly winners from members of the public as it shows that people appreciate when business owners make an effort in the city centre and want them to be acknowledged for same.  The Tidy Towns Committee wholeheartedly agreed with this nomination and have long admired the beautifully maintained traditional signage and general exterior of this corner pub, which is a great asset to the Broad Street/John Street area.  Limerick pubs probably get more visitors from outside the city than any other businesses so it is important that they are attractive and welcoming and give a good impression of the city, and Portleys certainly ticks that box.”

Portleys Bar opened in 2003 and is owned and run by Michael Portley.  It is well known for its regular live music sessions and is as warm and welcoming on the inside as it looks from the outside. It is also a particular favourite on big rugby days for both Munster and away fans to congregate for pre and post-match analysis!  Do drop in any time or call them on 061 416661.

Portleys Bar is Limerick City Tidy Towns’ fourth monthly winner for 2018, following St Michael’s Rowing Club in January, Foot Solutions in February and La Fromagerie in March, and will be in with the chance of winning this year’s overall prize at their annual event to be held early in 2019.

For more stories on Limerick Tidy Towns from I Love Limerick, click here