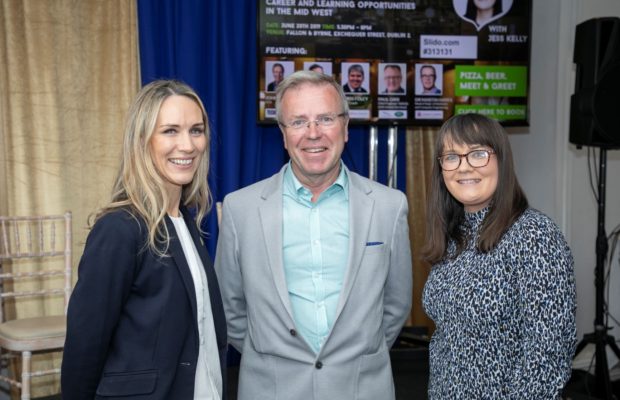 The economic upswing being enjoyed in the Mid-West has heralded the launch of a Limerick Chamber campaign and a new website to support FDI and indigenous companies fill posts in the region.

The ‘Move Mid West’ campaign and the website were unveiled at the Limerick Chamber organized ‘Let’s Talk Tech’ event in Dublin city centre, which was attended by representatives of large multi-national employers in Clare, Limerick, and Tipperary looking to fill posts at their operations.

The campaign is in response to the 1,012 vacancies currently in the Mid-West, with over 630 of these in STEM professions.  Some 631 of these are in IT, Engineering, Pharma/ Science (STEM).

The event, held at Fallon & Byrne, Exchequer Street, Dublin 2, was MCd by Newstalk Technology Correspondent Jess Kelly and included a panel of expert industry speakers who gave insights into the type of jobs available and quality of life in the Mid-West.

Among the major international companies looking to recruit candidates in the Mid-West are Johnson & Johnson, Northern Trust, Analog Devices, BD and 4Site in Limerick, JLR in Shannon and First Data in Nenagh.

Launching the website at the Let’s Talk Tech event, Limerick Chamber CEO Dee Ryan stated:  “Economically, we have rebounded brilliantly in the region over recent years and the reason for launching this campaign and website is to make sure that, as we grow, we send the message loud and clear that we have these posts and that this region is a fantastic place to live, work and play in.

“We have what we consider to be an unbeatable mix here.  We have exciting jobs with leading global brands based here; the region offers a brilliant life-style, including a vibrant culture, places to go and see, the Wild Atlantic Way, an international airport at Shannon Airport and then, on top of all of that, there’s the affordability piece, which is a real strength for us.

“This is one of the most affordable regions in the country and the evidence from people who have come here already to work and life is that they get everything they need by way of lifestyle and jobs but have a lot more disposable income to go with it.” 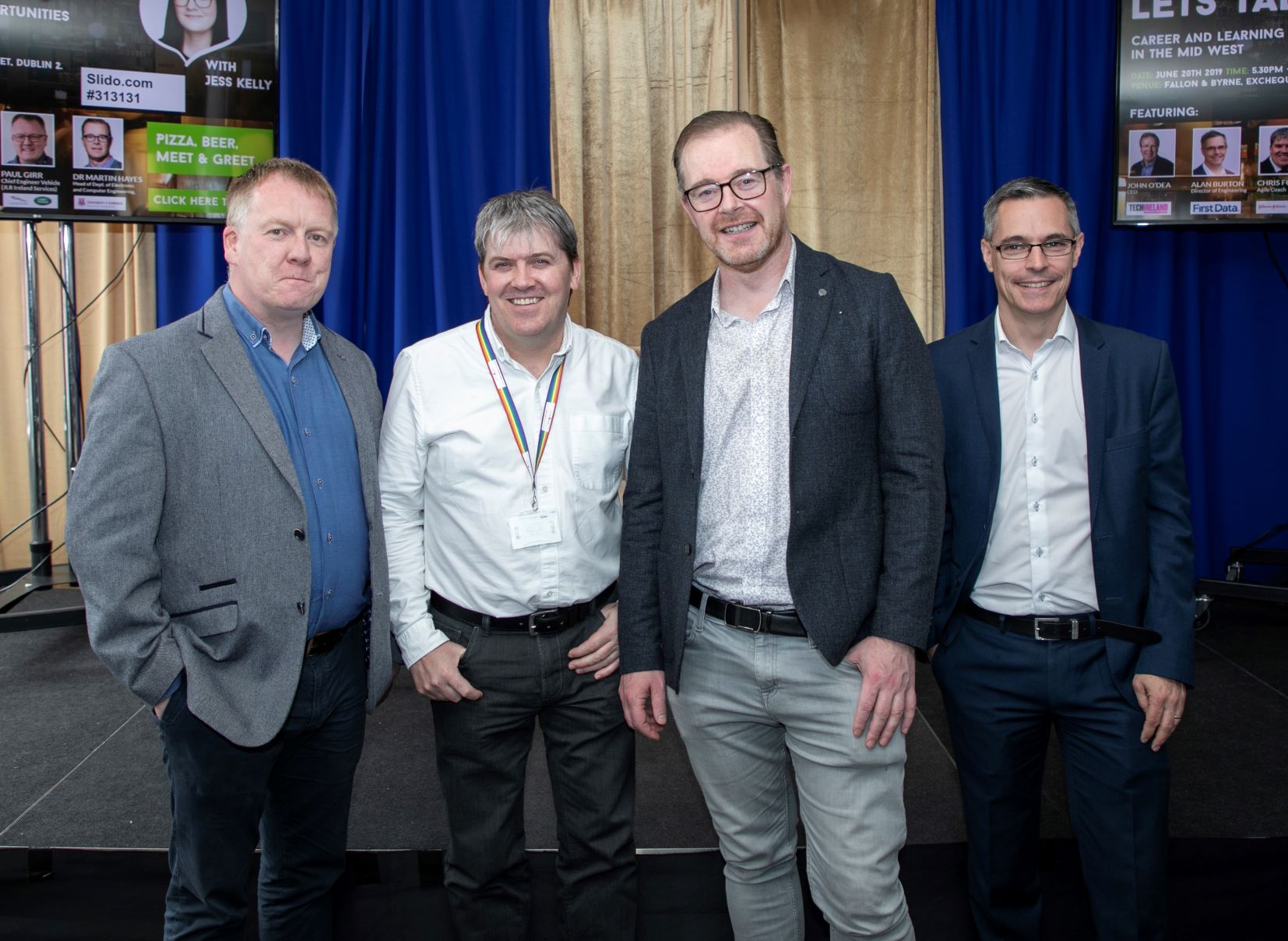 Among those to endorse the region at the event as a place to come and work and live in was John O’Dea, CEO of TechIreland, which helps connect people across the tech industry. “The great advantage of Limerick and the Mid West is that it has got a great collection of multinational companies, a vibrant infrastructure and all the data we have would suggest that it’s growing as well.  The numbers last year were 30 percent up on the previous year in terms of investment into the sector. So, it’s got an awful lot going for it, which is just so important when you’re starting a family or getting going in your career.”

Chris Foley, the Agile Coach with Johnson & Johnson and one of the ever-increasing number of people taking advantage of what the Mid-West has to offer by coming to work and live there, said that he hasn’t looked back since he made the move.  “There are huge opportunities to be had in the Mid-West and instead of just thinking that the jobs are in  Dublin, there are some great jobs in the Mid-West. There are less hustle and bustle. We have sandy beaches, fabulous bars, and restaurants along the river. And with the people being so fantastic and friendly, it’s easy to see why the Mid-West is an attractive location.

“There’s lots of organizations starting up, lots of job opportunities and a great way of life. We just need to get out there and promote it,” he said.

Director of Engineering at Nenagh based First Data Alan Burton said that companies have to invest in making the environment right.  “In First Data we designed the culture for the organization before we even started hiring. We’ve invested in building the culture because people need to be engaged, they need to be excited, they need to be motivated but it’s not just about attracting the best talent, it’s about keeping the best talent. When you put culture together with an exciting job, working with the latest technologies, the location and the affordability, it’s a winning formula.”

Newstalk’s Technology Correspondent and MC for the event Jess Kelly said: “The beauty of Ireland is that we have so many different tech scenes. People who were interested in this sector, regardless of their ability to code or their understanding of programming, there are opportunities there for them.  A lot of people my age are now looking around Dublin thinking ‘I’m never going to buy a house’.  That’s overwhelming and it’s quite grim.”