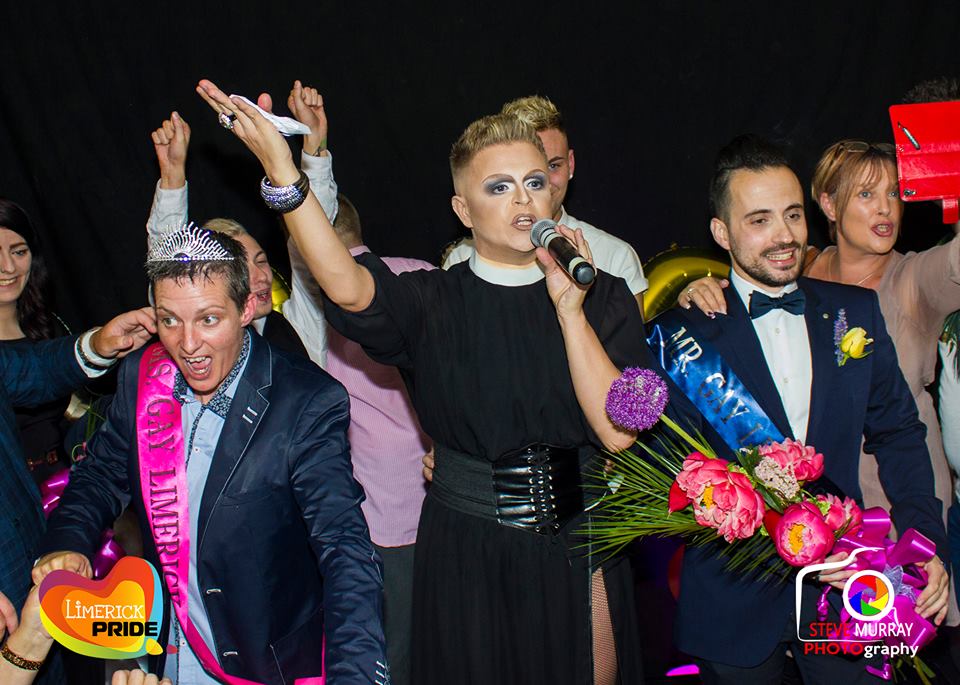 Limerick Pride Chairperson Louise McCormack said, “Mr & Ms Gay Limerick gives people the chance to be a voice for the community. Look what Christian and Michelle have done this year, it’s sensational. Christian was a fighter for so many causes, and they both raised so much money for charity, it was impressive. Yes, part of the role is attending events and cutting ribbons as such, but really there is a lot that goes on behind the scenes and Christian and Michelle have done an incredible job. We hope someone who wants to really make a difference can come forward to represent the community for 2017.”

This year both Dr Christian Moretti & Michelle Brown organised fundraisers and campaigned for LGBTQ issues on behalf of the Limerick LGBTQ community.

Christian Moretti, Mr Gay Limerick 2016 said “It was an honour to represent Limerick, to raise so many funds for important causes and especially to show everyone that you can be proud of who you are. I matured so much in this year and I am grateful to the whole Limerick community for its support!”

This year Christian brought home the title of Mr Gay Fundraiser Ireland 2017 for his relentless work throughout the year.The winners of Mr & Ms Gay Limerick 2017 will go on to represent Limerick at a national level at Mr & Ms Gay Ireland next year.

To apply for Mr or Ms Gay Limerick 2017, please email your name and contact number to [email protected]

To read more about Gay Pride in Limerick click here

Over 2,000 Entries for Bring your Limericks to Limerick Competition