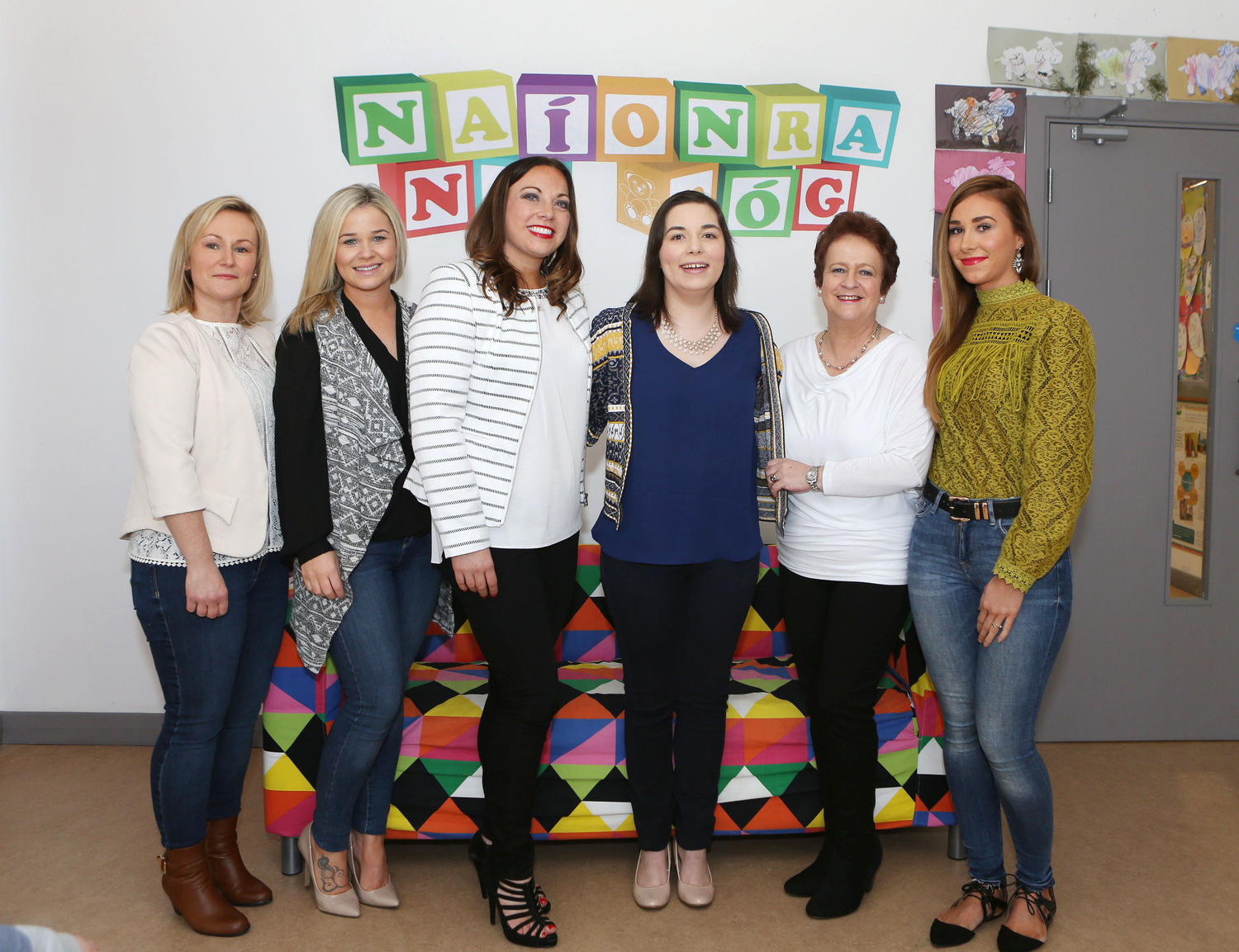 Limerick Pre-School Naíonra na nÓg, which is located at Shannonvale on the Old Cratloe Road, has won the title of ‘Best Indoor Learning Environment in Ireland’ at the Maternity & Infant Early Education Awards which took place recently at the Royal Marine Hotel in Dun Laoghaire.

Director Yvonne O’Sullivan said, “I am over the moon to receive this award on behalf of my amazing team. I’m delighted their dedication and passion for providing stimulating, challenging, playful environments for our children has been recognized. We are always striving to improve our practice and be an Early Years Centre of Excellence so this award means so much to us.”

Yvonne’s team at Naionra na nOg includes Clara O’Dwyer, Bernie O’Loughlin, Sara Darcy and Niamh Breen, along with Sarah McGee and Edel Lavin of Once Upon a Time Montessori (also under the stewardship of Yvonne) which relocated to the Shannonvale premises this year from Scoil Chríost Rí Caherdavin.

A judging panel of industry experts was appointed by early years childcare experts Canavan Byrne who adjudicated the awards. Adjudication of the shortlist included a site visit by judges to the Limerick school. These judges included Peter Gray, Research Professor at Boston College and world expert on the evolution of play and self-directed learning; Imelda Graham, Learning Specialist, Researcher and Author of ‘Spaces to be Me: Quality Environments in Early Years Services’; Brid Hickey, Early Years Specialist and strong advocate of inclusive early education; and Ruth Charles, Dietitian (paediatrics), owner of Nutrikids and regular contributor to media.

One of the judges Imelda Graham said how she “loved the fact that the winner’s environment promoted independence, self-directed learning and creativity.”

Naionra na nOg Pre-School was established in 2000 in Caherdavin Limerick under the directorship of Yvonne O’Sullivan, who last week graduated with a Bachelor of Education from Mary Immaculate College. The service has grown from humble beginnings to a custom-built state of the art premises when the school relocated to Shannonvale in September 2015.

The new school contains three large zoned classrooms of two Naíonra classrooms and one Montessori classroom that encourage children to develop holistically through play, a sports hall for physical education, and walled garden for outside play. The facility was designed to Yvonne’s wish list when she sat down with contractor husband Sean to draw up blueprints on an empty shell that had been lying idle since the Shannonvale estate was built in the early noughties.

Related Topics:Awardeducationlovelimericknewspre-schoolpressPromorichanthonrichard lynch
Up Next