By Richard Lynch on October 17, 2019@richanthon 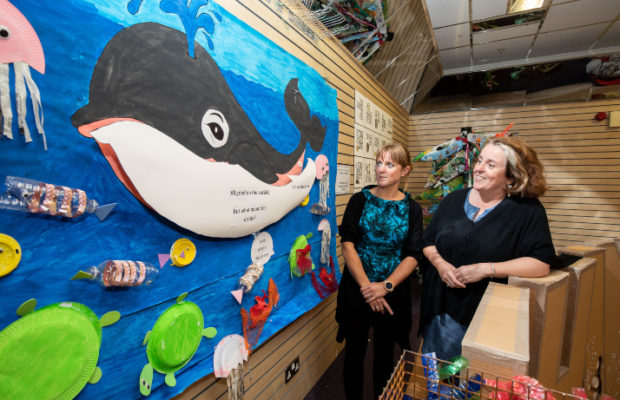 October is Ireland’s National Reuse Month and to mark it a new exhibition called Let’s Think About Consumption has been opened in the Parkway Shopping Centre in Limerick.

October is Ireland’s National Reuse Month and to mark it a new exhibition called Let’s Think About Consumption has been opened in the Parkway Shopping Centre in Limerick.

Let’s Think About Consumption challenges us to think about what we consume, bring us beyond the idea of ‘reduce, reuse and recycle’, to a more conscious prevention of waste in the first place. There will be works on display from a number of artists. Ingrid Hess’s Consumption: Considering Resources and waste to encourage the viewer to consider their relationship to consumption by reflecting on how they use the following resources: water, air, trees, earth, and plastic.

Limerick College of Further Education’s – “Think” – challenges us to think before we reach for that single-use disposable cup. LIT Limerick School of Art and Design graduate – Jackie McGrath’s Drowning in Plastic is about climate change and the plastic pollution in our oceans and on our beaches. It challenges us to change our ways. Jackie collaborated with Limerick’s Fridays for the Future on this piece. 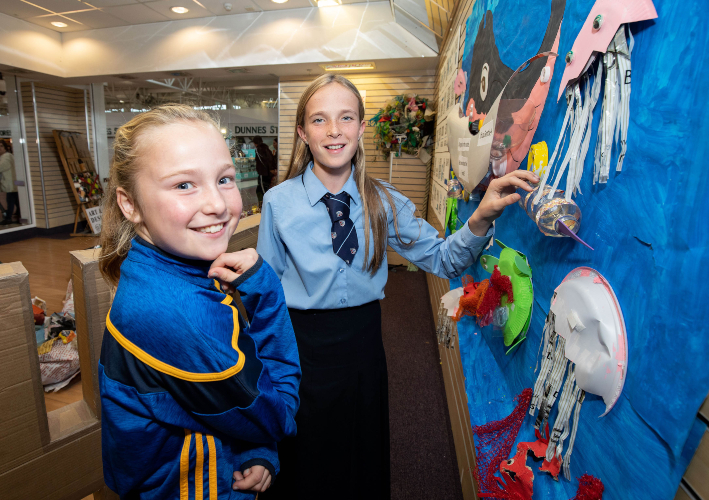 Pictured at the Launch were, Kailey O’Donnell and Kate Fitzgerald, Patrickswell. Photo by Alan Place.

Dance Academy, Limerick – Dance for the Oceans is a creative dance piece asking us to say no to single-use plastics today. Artworks from Catherine McCauley School on Ashbourne Avenue illustrate the creative response of young people to single-use items and marine litter.

Sinead McDonnell, Environment Awareness Officers with Limerick City and County Council said: “We can prevent waste by placing a value on our stuff, by using and reusing it for as long and as often as possible. This avoids the need to extract raw materials, manufacture and distribute new stuff, and avoids waste thereby cutting down on greenhouse gas emissions.”

The Let’s Think About Consumption exhibition is at the Parkway Shopping Centre until early November. Other ways to support Reuse Month include, Be a conscious cup supporter – Use a reusable cup. Support the Refill initiative and refill your water bottle at one of the 70 businesses in Limerick City. Check out the Council’s Reuse Directory and see the range of items that you can repair and reuse. Support the St Michael’s Rowing Club run – did you know they use the #runreuserefill glasses and say not to plastic bottles?

For more stores on The Parkway Shopping Centre click here.