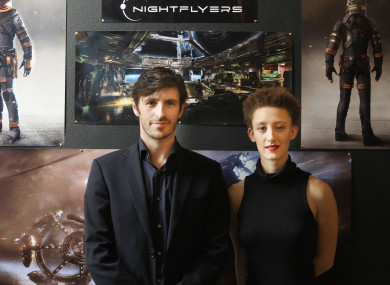 The exciting news of filming in Limerick continues, as just the other day in Dublin, NBC officially launched the science fiction fantasy that we’re all dying to see. Hundreds of locals have been employed for the task, from cameramen to on set extras.

The cast is set, the show is set for production and the Game of Thrones fans are ecstatic to see what George RR Martin’s new project holds. The cast has been selected and features some of Ireland’s local stars, as well as hundreds of local Limerick men and women being cast as extras. Troy studio is ready to begin and now, with the Nightflyers launch haven taken place, production is at last on its way.

The Irish Film Board has provided funding for the series, and the work is planning on not only providing a huge number of jobs in Ireland but also, creating work-based learning initiatives through Screen Training Ireland, for newcomers to the world of television production. The work that this show is going to produce in Limerick, is expecting to bring up to €70 million into our local economy.

The first season is set to be filmed over a sixteen week course, and none of this would have been possible if not for Troy Studios, repurposing the old Dell Factory in Castletroy, into the new state of the art facility, so big that Gene Klein, Executive Producer of Nightflyers, told RTÉ, “They have three sound stages and I got lost on set! They gave us a tour and I got lost – so I got lost on the spaceship basically. It’s very large, it’s all newly-renovated.”