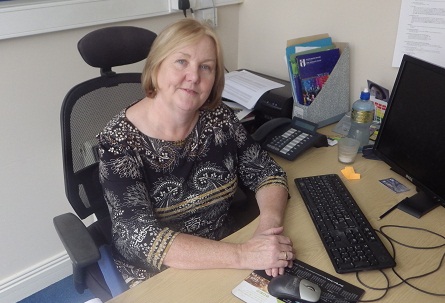 MIC and NUIG are highlighting the lack of the Irish language on Irish radio to Oireachtas Standing Joint Committee, who are dedicated to promoting Irish as a vernacular language.

The Oireachtas Standing Joint Committee on the Irish language, the Gaeltacht and the Islands are dedicated to promoting the use of Irish as a vernacular language in every aspect of Irish life.  The Committee Chairperson, Catherine Connolly T.D., recently invited Dr Rosemary Day, Head of the Department of Media and Communication Studies at Mary Immaculate College (MIC) and Dr John Walsh, NUI Galway, to present findings from their joint research project on the lack of Irish language programming on Irish radio stations. The Oireachtas Committee hopes to use the findings as part of their efforts to assess and improve the provision of Irish language programming on radio nationwide.

According to Dr Day; “Both myself and my colleague, Dr Walsh, were encouraged to receive the invitation to attend the Oireachtas Standing Joint Committee to present our findings on this important issue. A significant outcome of the meeting is that the Committee has committed to re-drafting the legislation of 2009 which is weak on the language issue. Peadar Toibín, T.D. was particularly interested in suggestions to establish a nationwide Irish language radio station to target younger listeners.”

Initial findings from Drs Day and Walsh’s longitudinal study shows that in 2017 stations in Ireland broadcasted in Irish, on average, for less than 3 ½  hours per week. It is important to note that almost all of the stations reviewed broadcast on a twenty-four-hour basis. Youth stations such as Spin 1038 and iRadio.ie have the most Irish language programmes. Their findings also highlight that some stations have no Irish language programming at all, while RTE provision is scant outside of its provision on RTE Radió na Gaeltachta.

Dr Day’s and Dr Walsh’s study is ongoing and will take three years to complete but already the research is gaining traction with politicians and with radio stations themselves. According to Dr Day; “A number of stations that had little or no Irish language programming in 2017 have begun to introduce some programming in Irish in 2018. This is encouraging and is as a direct, and simple, result of someone asking questions.”

The senators and TDs on the Joint Oireachtas Committee wish to issue their own report and will incorporate the work of Dr Day and Dr Walsh. They also intend requesting the Broadcasting Authority of Ireland (BAI) the Independent Broadcasters of Ireland (IBI), Community Radio Forum of Ireland (CRAOL) and RTE to attend a hearing of the Committee to respond to the findings of the first part of their research. Drs Day and Walsh are continuing with the work and will return to the Committee when phase two has been completed.

For more on the Oireachtas Standing Joint Committee, click here