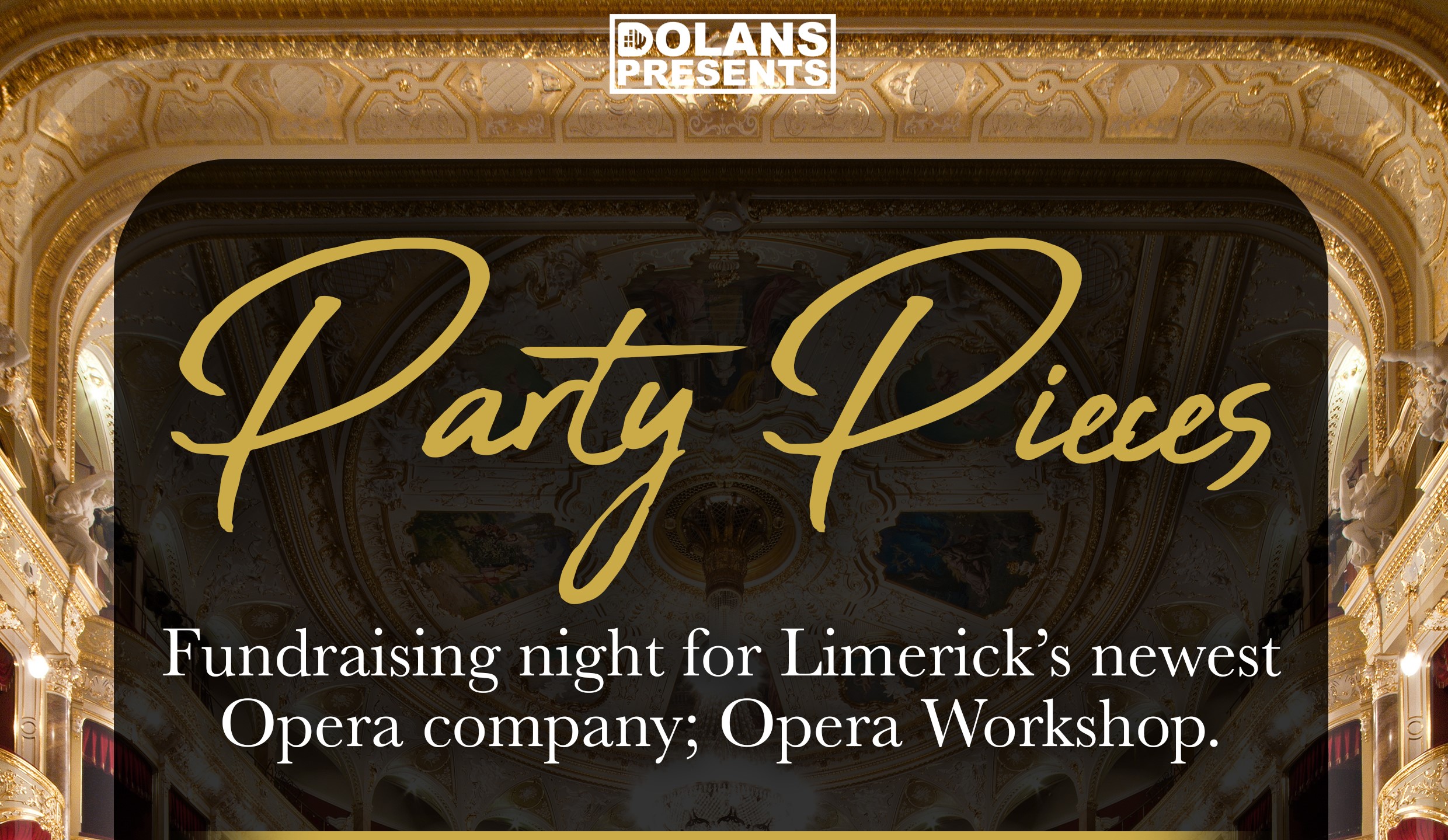 Dolan’s are delighted to announce that it will play host to Opera Workshop performance of Party Pieces in Dolans Warehouse on Sunday 17th June.

Dolan’s are delighted to announce that it will play host to Opera Workshop performance of Party Pieces in Dolans Warehouse on Sunday 17th June. Produced and directed by Shirley Keane this gig is a fundraising event for Limerick’s new, ensemble focused opera company, the first of its kind in the Mid-West.

Opera Workshop was launched last year and since then has produced seven concert performances at both No 1 Pery Square and the Hunt Museum.

The group was established with a view to working with artists from all backgrounds interested in developing their practice through the art of opera.

Opera Workshop – Limerick’s first resident opera company – is hoping to reinvigorate old favourites and break new ground in opera performance for audiences across Limerick city and county and across the Mid-west.

The fundraising concert will see a host of well-known classical performers from both Limerick and Clare performing some of their favourite arias and duets from the world of opera and musical theatre.

Proceeds from the Party Pieces production will go towards the new productions and performances being planned by the Opera Workshop team in the future.

The evening will include favourites by Puccini, Mozart, Dvorak and Bizet with arias and short scenes from The Marriage of Figaro, Carmen and La Boheme and the programme includes music theatre favourites by Sondheim, Rogers and Hammerstein and Leonard Bernstein.

Speaking at the launch of the event, producer Shirley Keane said: “We have created this fundraising production specifically with audiences in mind. Whether you are an avid fan or totally new to the whole idea of opera, Party Pieces is an event that we are sure will entertain”.

“Opera Workshop is very grateful to Valerie and Mick Dolan for their generous support of the company for this event. Dolans Warehouse is renowned on the Irish music scene for its traditional and rock offering. Opera Workshop is really excited to be bringing the opera and classical genre to this iconic venue”.

Being an Opera Workshop concert drama is, of course, the name of the game and things never are never quite what they seem. Audiences can therefore expect a few surprise guests may well cause a stir over the course of the evening!

“We at Dolans are delighted not only to be able to support this fundraising event but to be able to showcase Opera and Classical musical, performed by some of the leading local performers in our venue”.

For more stories on Events in Limerick, go here.