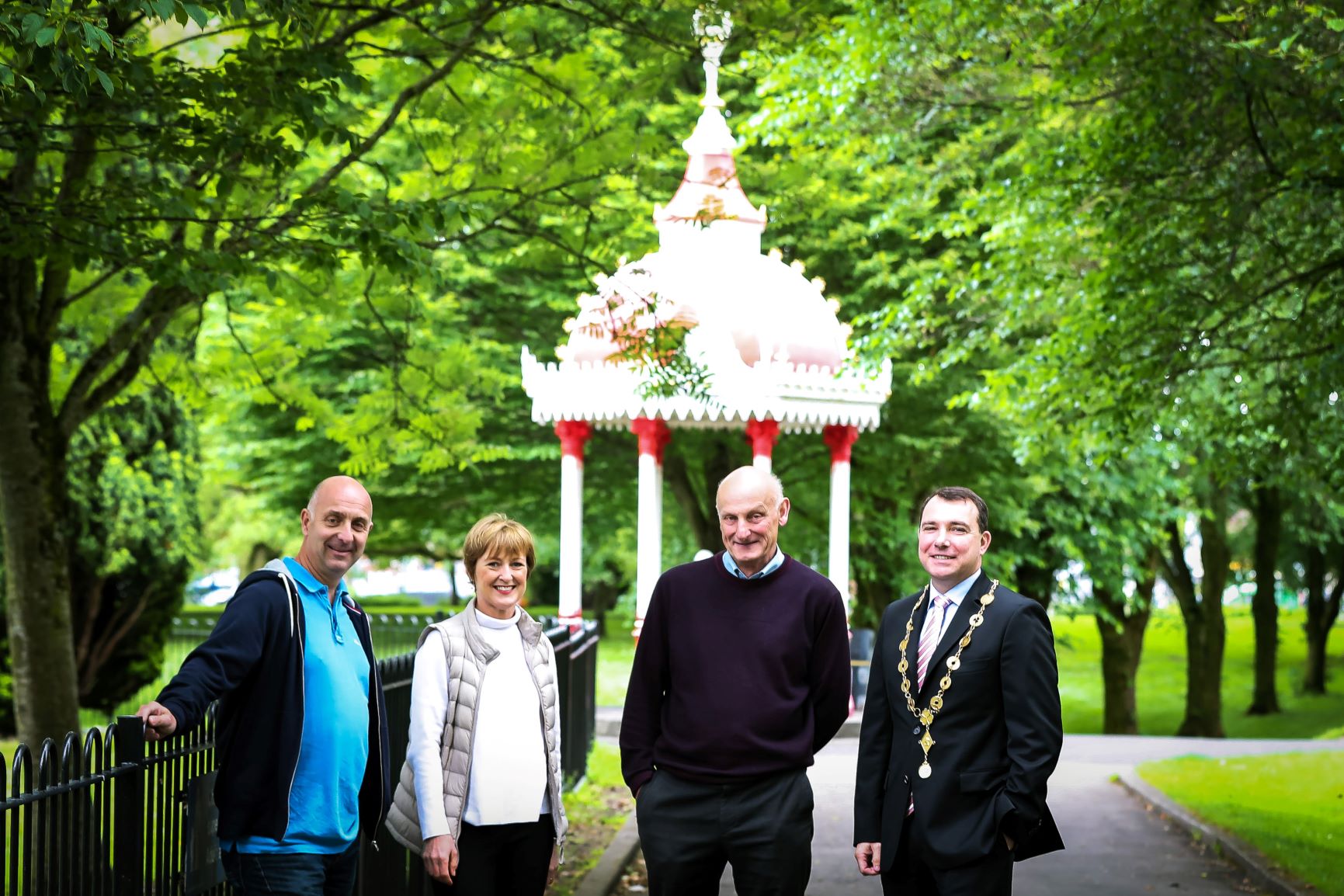 Our Council Our Stories is a new video campaign launched by Limerick City and County Council to celebrate the dedicated and diverse work of the organisation’s employees. L-R: Dean McDarby, the Mobile Library Driver, Anne Goggin, Senior Executive Engineer, and Michael Sheehan, Parks Superintendent, in the People’s Park with Mayor of the City and County of Limerick, Cllr. James Collins. Picture: Keith Wiseman.

A new video campaign has been launched by Limerick City and County Council to celebrate the dedicated and diverse work of the organisation’s employees. Launched on Friday, May 31, by the Marketing & Communications department at Limerick City and County Council, ‘Our Council, Our Stories’ is a series of video shorts to be shown throughout the month of June that will illustrate the mix of services, diversity and personality of the Council’s employees.

The videos, created by Southern Media, can be viewed on Limerick.ie social media (Facebook, Twitter, Instagram, Vimeo and YouTube) and new stories will appear each week and on Limerick.ie/Council-Stories over the month of June.

The first video launched Friday, May 31, on the eve of the amalgamated Council’s fifth birthday, and features Alphonsus O’Regan, a traffic warden based in Kilmallock, as he covers his daily beat and helps with anything that might come his way.

Kane Malone, a firefighter in Mulgrave Street, describes the challenges and rewards of being a firefighter with Limerick Fire and Rescue Service, while artist blacksmith Eric O’Neill, who’s based in the Council’s Cappamore Arts Studios, describes how the artist space enhances the County Limerick town.

Cllr James Collins, Mayor of Limerick City and County, said, “I’m always amazed at how many people do not realise the extent of the work that a local authority does. Limerick City and County Council provides almost 600 public services as well as promoting the interests of local communities across the city and county and the social, economic, environmental, recreational and cultural development of Limerick.  Our Council has enabled a great renaissance and a lot of change in Limerick over the last five years and this campaign is a nice way to tell some of those stories in the best way possible; through the people that work here.”

Laura Ryan, Head of Marketing and Communications at the Council, said, “An upcoming episode will feature the new Treaty City Brewery on Nicholas Street which received funding from Limerick City and County Council for preservation and refurbishment work.”

“The series will also feature the man responsible for ensuring Limerick is in bloom every summer, Michael Sheehan, the Council’s Parks superintendent. It’s incredible to think that more than 10,000 plants and shrubs are planted every year to add welcome splashes of colour to Limerick’s streets and parks and it’s great to get a glimpse of the hard work that goes on behind the scenes,” added Laura.

Our Council, Our Stories also profiles the Bee Friendly Limerick project and engineer Anne Goggin who explains how the local authority delays the start of its annual grass-cutting programme in certain areas in order to help give bees and other pollinators an early food source.

The popular Limerick Mobile Library Service is also featured, mobile librarian Dean McDarby describes the initiative which provides for the culture, education, information, learning, recreation and study needs of people of all ages in the county.

The series also features Valerie Stundon, the Council’s water safety officer on taking care around our lakes and rivers as the summer season approaches.