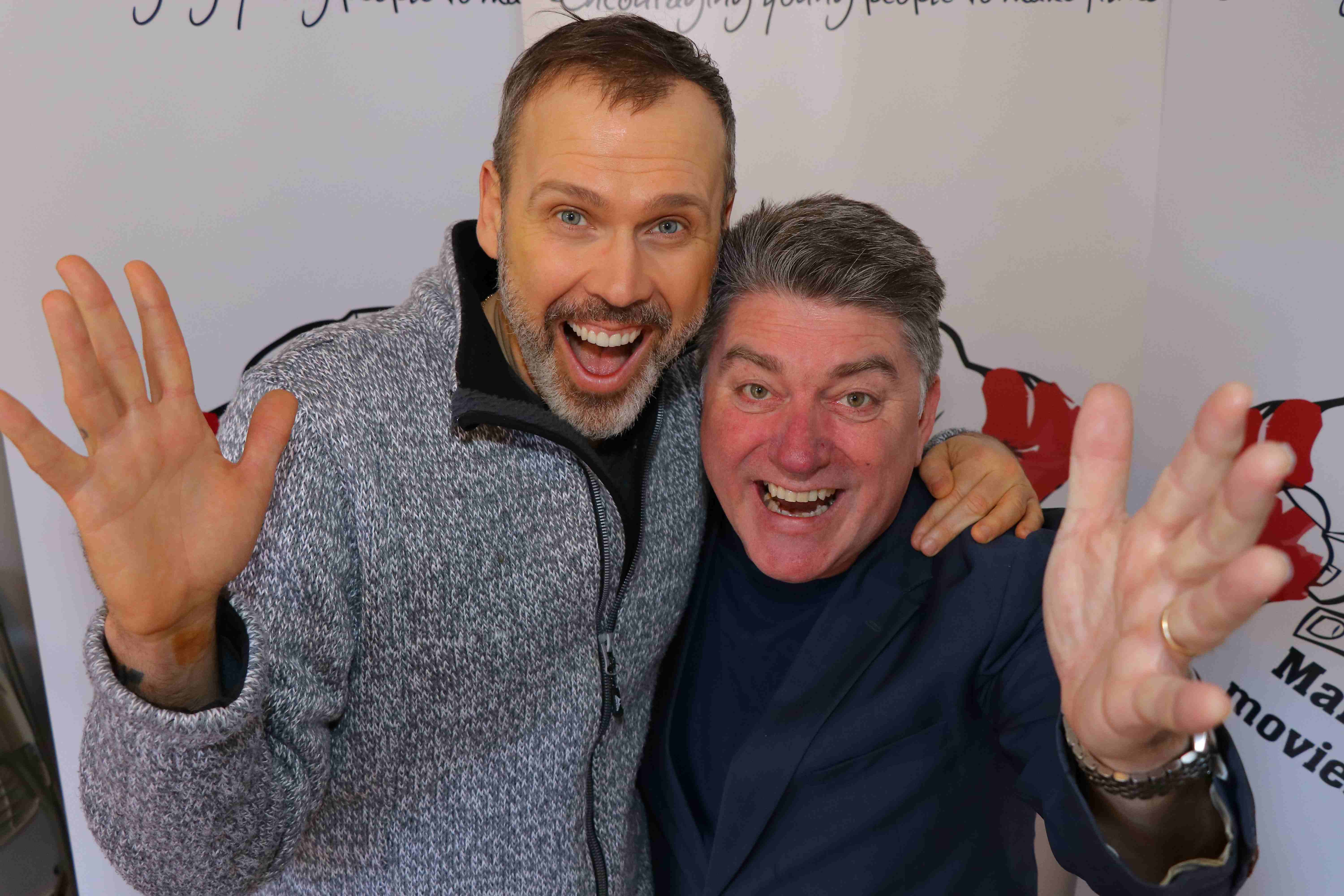 As one of Irish film and TV’s biggest stars, Pat Shortt knows a thing or two about filmmaking. Born in Tipperary and now proud Limerick-resident, the actor-comedian began his career as part of the incredibly successful comedy duo D’Unbelievables with John Kenny in the late 80s.

From there, Shortt launched a solo career. The late 90s brought a role on the iconic and beloved ‘Father Ted’ as well as sold out solo tours. Shortt reached new heights with the comedy series ‘Killinascully’, which ran for five seasons with six Christmas specials. Shortt has also had numerous roles in film. Directed by Oscar-nominee Lenny Abrahamson, his performance in the 2007 film ‘Garage’ garnered critical acclaim as well as an IFTA for Best Actor. So, it’s safe to say Pat Short knows a thing or two about filmmaking. Pat Shortt Fresh Film Festival

“It doesn’t matter where you are in the country, and that’s the great thing about Fresh. It’s for all over the country”, says Pat Shortt. Picture: Sophie Goodwin/ilovelimerick

As a member of the Board of Directors of Fresh Film Festival, Pat Shortt is determined for the Irish Film industry to burn brightly for years to come. Through his work with Fresh Film Festival, Shortt is throwing the same passion that he has put into filmmaking behind the filmmakers of the future. Shortt says, “I’m very passionate about Fresh because I just think some of the ideas the kids have are incredible. It’s a great time to get into making films and being creative when you’re a very young age”.

Founded in 1997, Shortt describes the Fresh Film Festival as a “huge, huge operation”. The Festival, which has been running for over 20 years, with hundreds of submissions every year, only accepts entrants under the age of 18. Fresh Film Festival accepts short films on any topic, style or genre and runs various Young Filmmaker competitions including the Junior, Senior, and International awards. Other awards include the Radharc Trust Award for the best documentary film, the Boulder Media Animation Award for the best animated film, The RTÉ 60 Second Short Film Award for best 1 minute film, the RTÉ Factual Award for the best factual film and the TG4 Film in the Irish Language. Fresh Film Festival is determined to give every child a chance to become one of Ireland’s Young Filmmakers of the Year.

Shortt’s involvement with the Fresh Film Festival board began on a night out. Jayne Foley, founder and Creative Director of Fresh Film Festival, as well as a friend of Pat, approached him, “I think that was 8 to 10 years ago that that was the case. Jayne met me one night we were out and she said would you come along to a meeting we would love to see if you would come on the board”. The rest was history.

Shortt spotlights the importance of the Fresh Film Festival in keeping the Irish film industry progressing as a major reason for his involvement, “Already, some of the young filmmakers down through the years have gone on to make features and gone on to college and become professional filmmakers and that’s fantastic”.

“I do live shows and productions and I have sound equipment and lighting equipment and all that kind of stuff so I thought we could contribute a bit of gear and equipment and help the organisation with the events”, he says. Shortt is trying to encourage as many young people as he can to enter, “It doesn’t matter where you are in the country, and that’s the great thing about Fresh. It’s for all over the country. They have an international section to it as well but the primary thing about it is getting kids, no matter what part of the country to make films”.

As for the future of the festival, Shortt merely wants it to get the recognition it deserves, “I’d like to see it get more funding and recognition nationally as well from Irish film board and people like that to see the importance of it for a festival for kids that gives them a platform to show their films. It nurtures. It’s the very, very start of nurturing the industry that we have”.

For more stories on the Pat Shortt, go here.