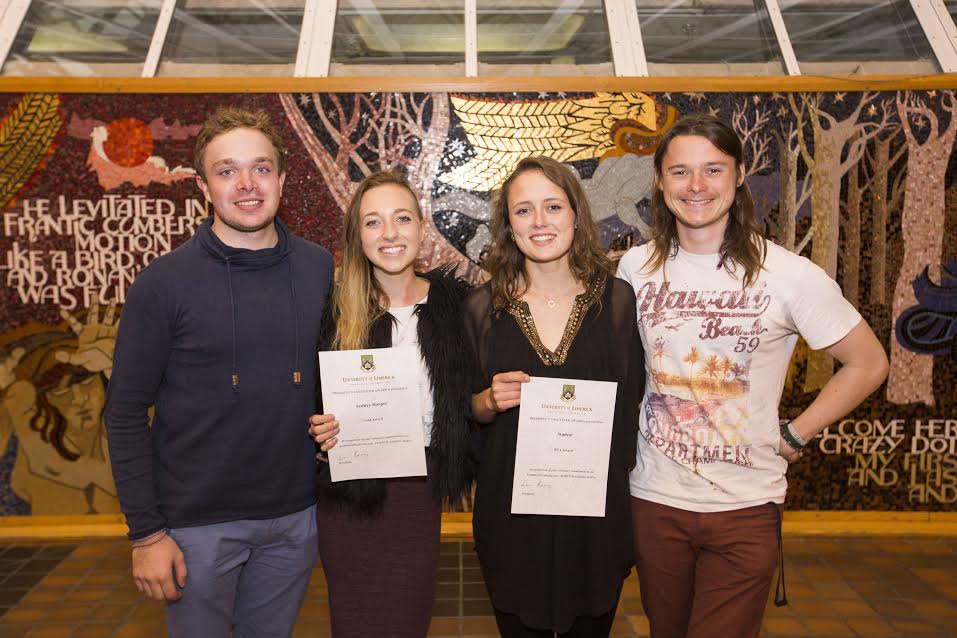 More than 270 University of Limerick students were honored at the Presidents Volunteer Award 2016 (PVA) ceremony in UL on Thursday for completing 17,000 voluntary work.

The students completed more than 17,000 hours of voluntary work across a range of civic and charitable organizations during the 2015/16 academic year.

Since the establishment of the PVA six years ago, more than 57,000 volunteer hours have been documented and student volunteering continues to be the largest civic engagement activity in UL.

Speaking at the event, UL President, Professor Don Barry said: “The Presidents Volunteer Award 2016 ceremony is a very special occasion as it offers us a wonderful opportunity to recognize the voluntary contributions our students are making to the broader community. During this past academic year, UL students contributed over 17,000 hours to volunteering work”.

The University of Limerick established the PVA programme in 2010 to encourage students to engage with their communities and become lifelong believers in social responsibility.

Adi Roche, founder and voluntary CEO of Chernobyl Children International and recipient of an honorary doctorate from UL earlier this year, was a special guest at the ceremony.

“I found out from an early age that there was a great blessing in my small giving, my small effort. I found out that it was a privilege to help out and that it was I who received the greatest blessing most of the time. I still enjoy that privilege and I would encourage everyone, particularly students, parents and lecturers to pass on that spirit of volunteerism, that spirit of ‘love in action’,” Ms. Roche told students.

Paul Campbell took part in the programme in 2011. He is the founder of Half Way Art House which assists people who are homeless find a creative focus.

“In 2010, it was clear to me that Limerick’s homeless network needed recreational activities and so my goal was to set up art classes and exhibit their artwork in a public exhibition. Through art, we brought that voice back to the heart of the community. Their stories inspired me. For as much as any volunteer puts in, you will receive much more back. The small steps you take as a volunteer not only help those you work with; they can also inspire others around you. And every step you take on your journey will be one closer to making a real difference,” he said at the ceremony.

For further information about the Presidents Volunteer Award 2016 and volunteering in UL click here.