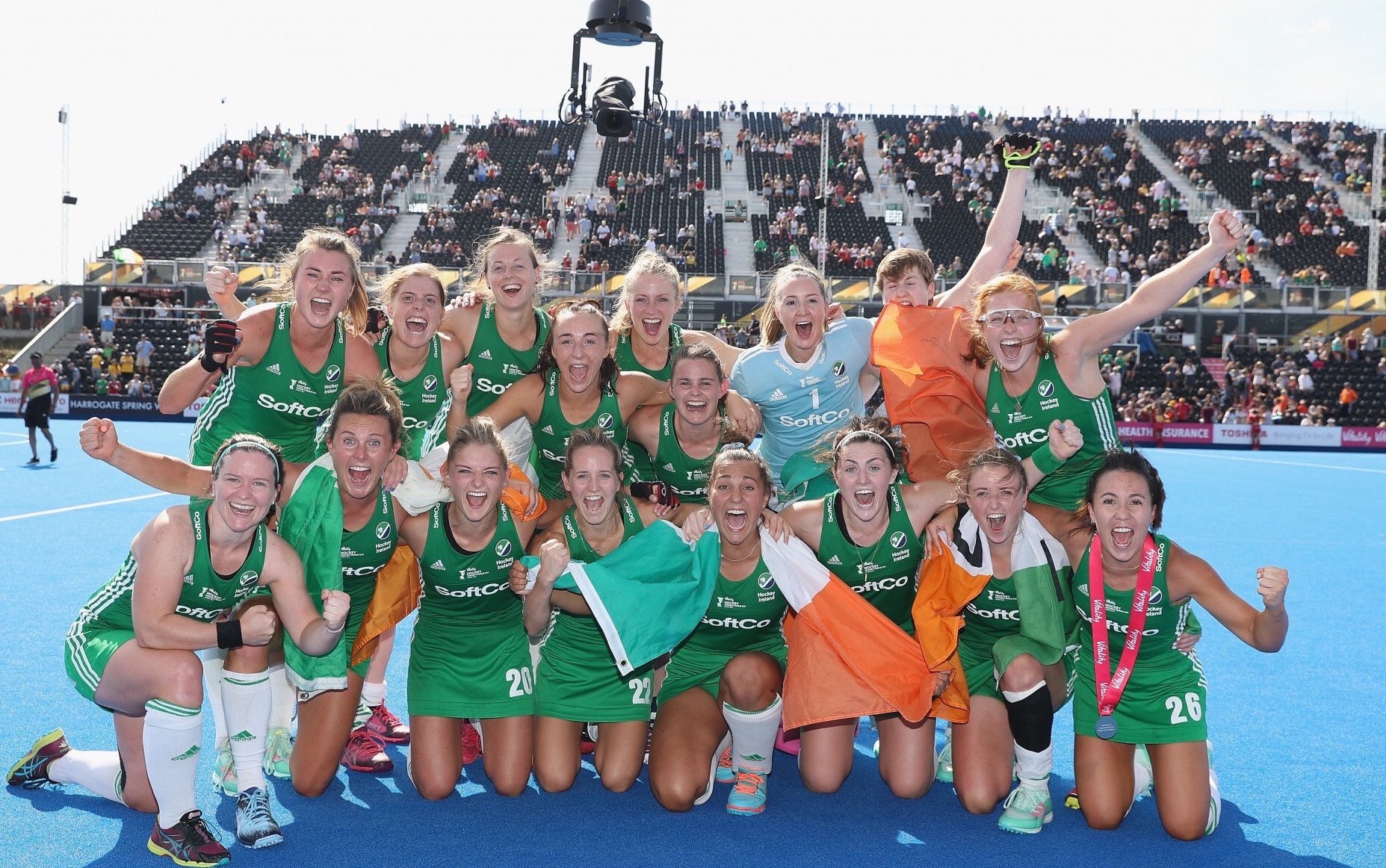 The Irish women’s hockey team returned home after they captured the nation’s focus due to their performance at the Women’s Hockey World Cup in London after they gained a silver medal in the competition.

The girls in green entered the tournament as the second lowest ranked team, ranking at number 16 but made their way through the tournament in the competition and were unfortunately beaten by the world’s number one team, the Netherlands during Sunday’s final which ended 6-0.

In Watkins we trust ??? in case you missed it, the moment we booked our spot in the World Cup Semi-Finals ☘️? @Clowatkins #HWC2018 #GreenArmy #ChaseIt @btsport pic.twitter.com/J4n1k5kXa3

Limerick woman Roisin Upton, from Raheen, played a vital role in the hockey team during the World Cup campaign. The twenty-four-year-old lady,  a previous student of An Mhodhscoil and Crescent College Comprehensive and who then did a Professional Masters in Education at Mary Immaculate College (MIC) in Limerick has more than 40 caps for Ireland.

Commenting on the amazing achievement of the Irish Women’s Senior Hockey Team, at the 2018 Hockey World Cup Professor Eugene Wall, President of MIC said ‘Along with the rest of the country we rejoiced in the historic accomplishment of the team. They did us all proud and we’re grateful for the uplifting experience.’

The Limerick girl completed her third season on a hockey scholarship at the University of Connecticut but has already amassed a collection of awards, nominations, and silverware that would make any Irish athlete proud.

The youngest of three, sport was all around her as a child. Gaelic Football for her local club Mungret was her first taste of it, while her brothers Diarmuid and Sean both played representative rugby for Munster schools sides, as well as in the All-Ireland league for Young Munster.

Talking about the progress in the World Cup tournament with Limerick Live 95fm, Roisin said “None of us are anticipated. It is just absolutely incredible.”

“There were more and more supporters coming over. All you can hear was the Irish,”  she said. Roisin Upton told that she could never have imagined the impact the Irish women’s hockey team have had.

Roisin Upton is one of the most successful players in NCAA (National Collegiate Athletic Association) history and was an outstanding player in two American titles for the UConn Huskies.

Limerick congratulates Roisin Upton and the entire Irish Women’ s Hockey Team on their efforts and achievement in the World Cup.

Mayor James Collins said: “Limerick woman Roisin Upton and the entire women’s hockey team have enthralled and entertained the Irish and world sporting public of the past few weeks as they have continued their incredible journey to the World Cup final.”

“Never before has an Irish team reached such heights. Their grit and determination, along with their teamwork and never say die attitude is a credit to the team and its management,”  he continued, “we are all very proud of her achievements and everyone involved in hockey in Limerick is delighted with her and her teammates’ success.”

The homecoming reception for Roisin Upton took place on August 9 at the Mayor’s Office. Mayor James Collins had a meeting with Roisin and her family and presented his praise.

Mayor of the City and County of Limerick @jamesjcollins praises @roisinupton for her efforts of achieving good grades in the Hockey World Cup with the team. #ilovelimerick #lovelimerick #lovinlimerick pic.twitter.com/oNv6hmr5im

For more information on the Irish women’s hockey, go here