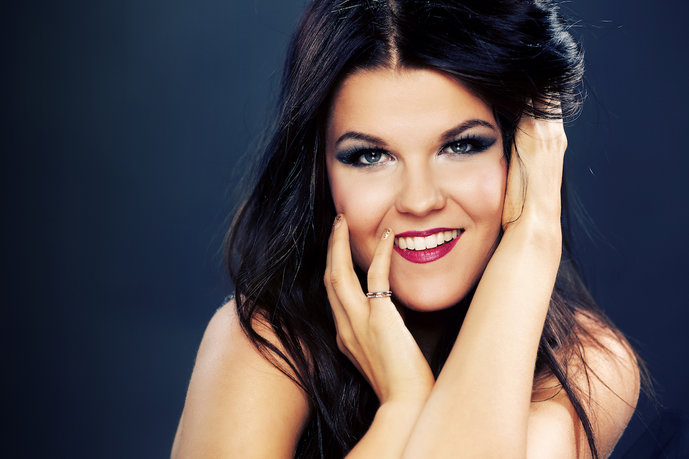 Limerick LGBT Pride has announced that they are “delighted” to have X-Factor star Saara Aalto lined up for their festival this year, “We’ve also just announced Saara Aalto as our headliner for Limerick Pride 2017,” said Louise McCormack, Chairperson of Limerick Pride Festival 2017. “She’s a mega star and we’re delighted to have her.”

Saara will headline the Pride Climax party at Dolans’s Warehouse the night of Saturday, July 15th. The evening will be hosted by well known Limerick drag stars Sheila Fitspatrick and Madonna Lucia and will feature performances from Dublin’s Paul Ryder and London’s Shyanne O’Shea. The event will feature 3 DJ’s with DJ Ruth on the main floor, DJ Jules in the Kasbah and Saved by the 90’s upstairs. Doors open 9 pm and Saara takes to the stage at 11 pm sharp.

Saara Sofia Aalto is a Finnish singer, songwriter, and voice actress. She placed second in the first season of The Voice of Finland in 2012. In 2016, Aalto was runner-up in the thirteenth series of The X Factor UK, which gained her worldwide recognition. Aalto auditioned with the song ‘Chandelier’ from Sia. Following the show, she was signed to both Sony Music UK and Finland.

In the past few years, Saara has been a sought after performer in concerts, galas, TV-shows, and musicals. She has worked with several top orchestras and military bands and toured across Finland with her own band. However, becoming an international singer, and singing in English, has always been Aalto’s dream, and that is why she auditioned for The X Factor UK.

Limerick LGBT has a thriving community working together and with other organisations to progress gay rights and culture in the city and county. The highlight of the year is the annual Limerick LGBT Pride Festival. For Limerick LGBT who identify as Lesbian, Gay, Bisexual and Transgender this is an amazing occasion as everyone walks with Pride up O’Connell Street accompanied by their loved ones, family and friends as the lovely people of Limerick cheer from the sidelines.

For more info go to www.LimerickPride.ie

To buy tickets for the Climax Party at Dolans click here

To see other stories about Limerick LGBT Pride click here