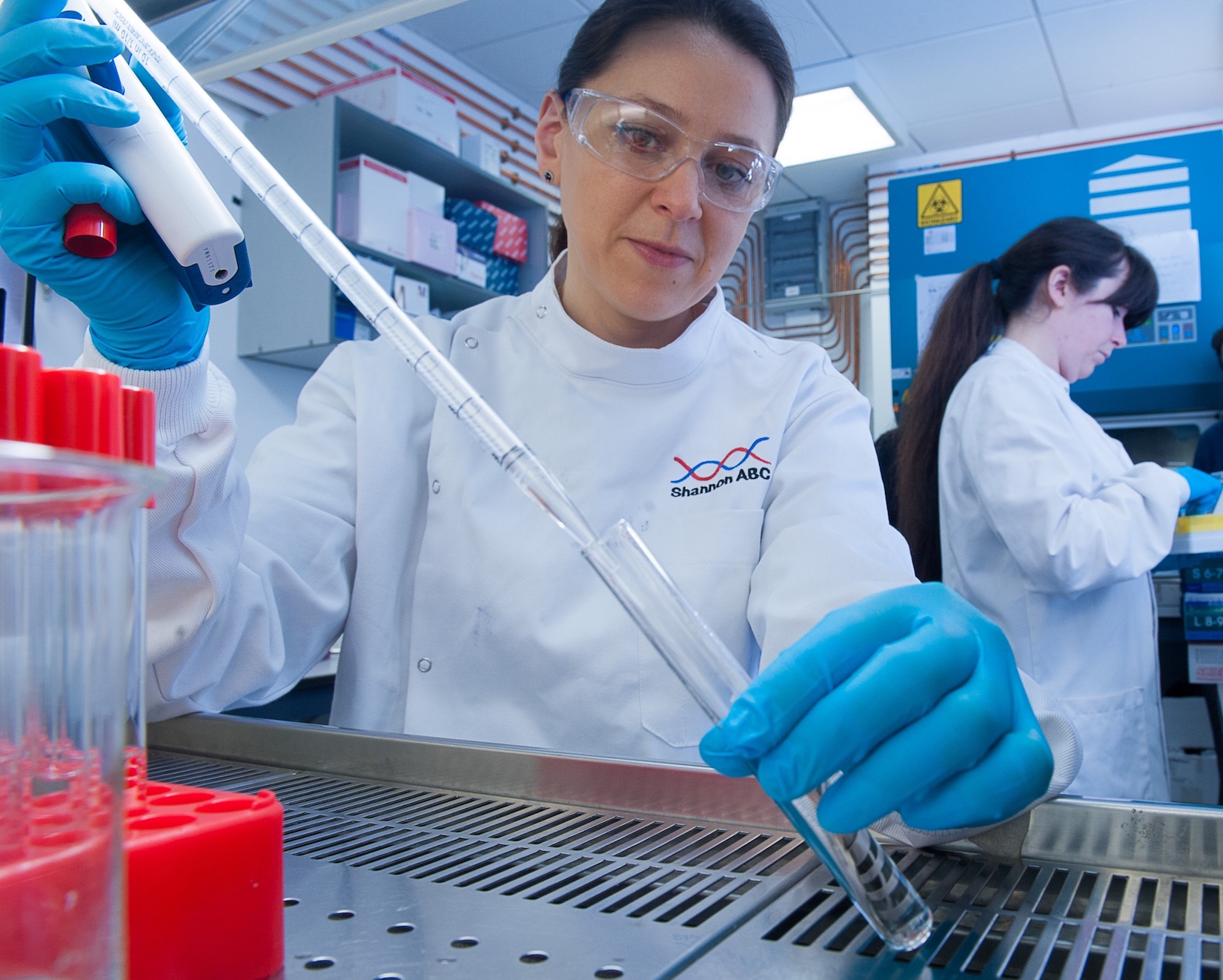 Shannon ABC to receive more than €1 million worth of new Equipment from EI Technology Gateway Programme.

Shannon ABC-LIT: Dr Tanya Beletskaya Shannon ABC Principal Investigator from LIT’s Dept. of Applied Science busy at work.
Shannon ABC to receive more than €1 million worth of new Equipment from EI Technology Gateway Programme.
An investment of more than €1 million in new equipment for the Shannon Applied Biotechnology Centre (ABC) will significantly enhance its research capabilities, enabling it to provide further support to Irish companies.
Heather Humphreys TD, Minister for Business, Enterprise, and Innovation, made the announcement that the Enterprise Ireland co-funded collaborative Technology Gateway between Limerick Institute of Technology and the Institute of Technology, Tralee, is to receive more than one-sixth of the Technology Gateway Network Programme’s capital fund.
She said, “This fund directly supports projects that are emerging from the ground up. The successful applicants are housing research projects and initiatives that are at the cutting edge of innovation and I am confident that they have the potential to make a real and lasting impact on enterprise development at both a regional and national level.”
There were 43 successful applicants from the Institutes of Technology (IoT) and TU Dublin to the €6 million Technology Gateway Network Programme’s capital fund; with 12 successful applications, Shannon ABC secured €1 million of that funding.
Dr. Liam Brown, Vice President for Research Development and Innovation LIT, said, “As a flagship Research Centre and collaborative Technology Gateway between LIT and IT Tralee, the new equipment will significantly enhance our research capabilities and provide key support for Irish companies. It will assist in further expanding Shannon ABC’s R&D support for a range of sectors including food, cosmetic, nutraceutical, marine, biotechnology, biopharmaceutical, environmental and healthcare.”
The Shannon ABC, which primarily focuses on the Life Sciences, Food and Biotechnology sectors, had 12 successful applicants to the capital fund.

The winners were selected through a rigorous evaluation process based on eligibility criteria for the call which included, but was not limited to, a strong track record of industry engagement, a significant industrial need for the new equipment, and space to service and maintain the equipment according to international standards.

Dr Tim Yeomans, Shannon ABC’s Centre Manager,  said, “Since 2014  Shannon ABC has partnered with over 100  Irish companies, delivering in excess of 180 projects to a value of €2.5 million, as well as securing €12.5 million in core research funding.”
The availability of new start of the art equipment will provide a significant resource for Irish companies who engage with LIT and IT Tralee through the Shannon ABC.
The Shannon ABC equipment being funded under the Technology Gateway Network Programme’s capital fund includes single-use Bioreactor, High-Performance Thin Layer Chromatography, Inductively Coupled Plasma, Fourier Transform Infrared Spectroscopy and many more.
The new State of the Art Equipment will facilitate more companies engaging in collaborative R&D with IoT researchers, enhanced technology validation and testing capabilities, testbed generation and enhanced training potential for key industry staff on emerging technologies.
Shannon ABC is funded under the Technology Gateway Programme by Enterprise Ireland.
For more information on Shannon ABC, click here.
For more stories about LIT, click here.