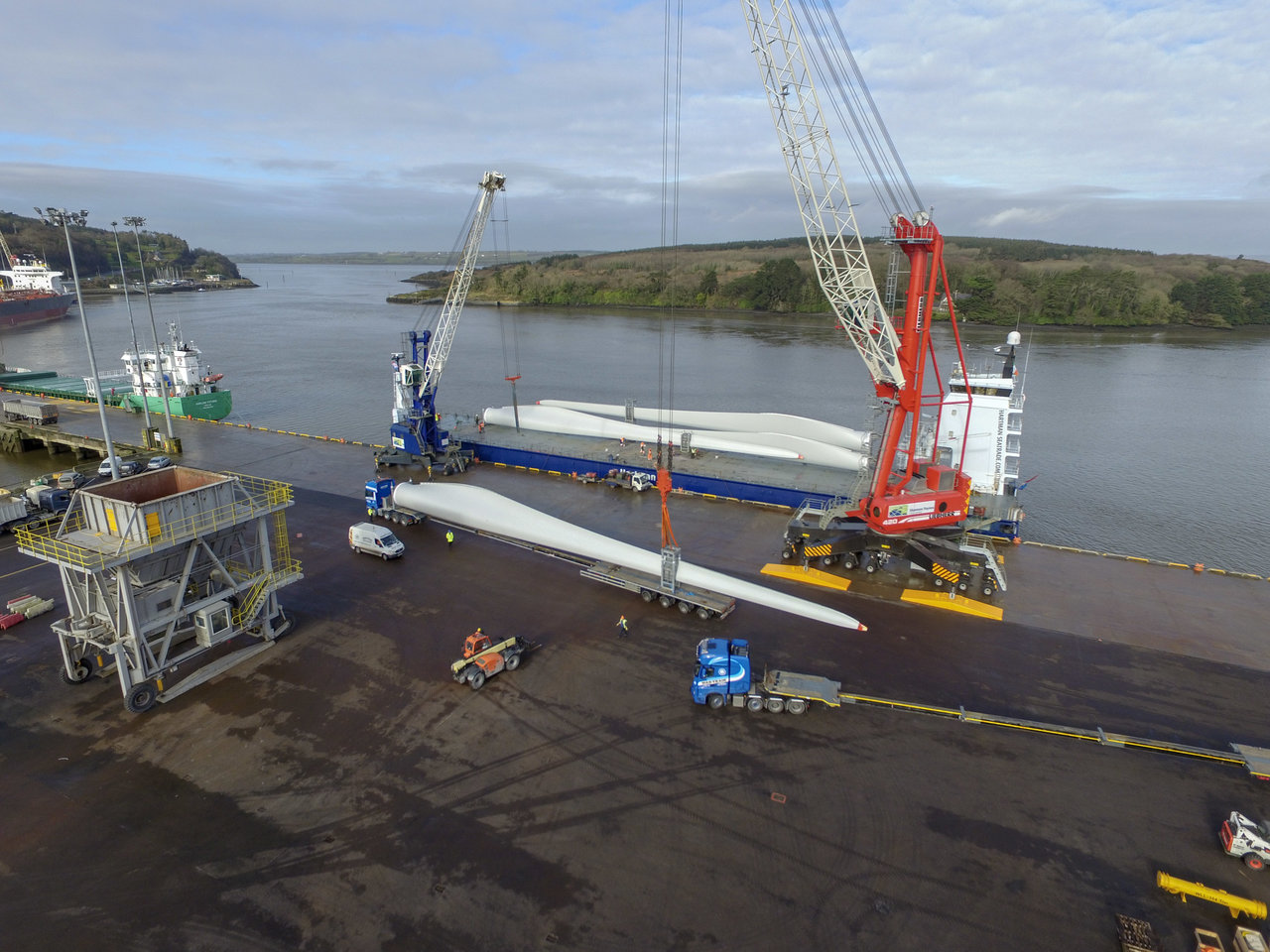 The profits were achieved in a year in which the company – the largest bulk port company in Ireland – also invested over €6.5m in enhancing its asset base, including through acquiring a high capacity Liebherr LHM 420 mobile crane and other port infrastructure upgrades.

Significantly also, an operating margin of 34.3% was delivered – six times what it was at the height of the Celtic Tiger boom when a 5.5% margin was delivered.  This, SFPC CEO Pat Keating said, is confirmation that the company is delivering on its objectives of transitioning the business into Ireland’s premier deep-water port.

Said Mr. Keating: “We are very pleased with our performance in 2017, which was positive across all metrics.  Cargo volumes are a key barometer for port companies and last year we were up by 4% at our general cargo terminals of Limerick and Foynes.  This growth reflects the resurgence in the domestic and export economy where, for example, agricultural, petroleum and construction products were particularly strong. In addition, renewable and recyclable related cargoes also performed strongly.”

While the business is now consistently generating healthy profits, substantial demands on cash flow exist, he continued.  “These include the extensive investment programme underpinning the company’s long-term master plan, Vision 2041.  These investments are vital in order to significantly expand our infrastructure in order to keep pace with customer demand. 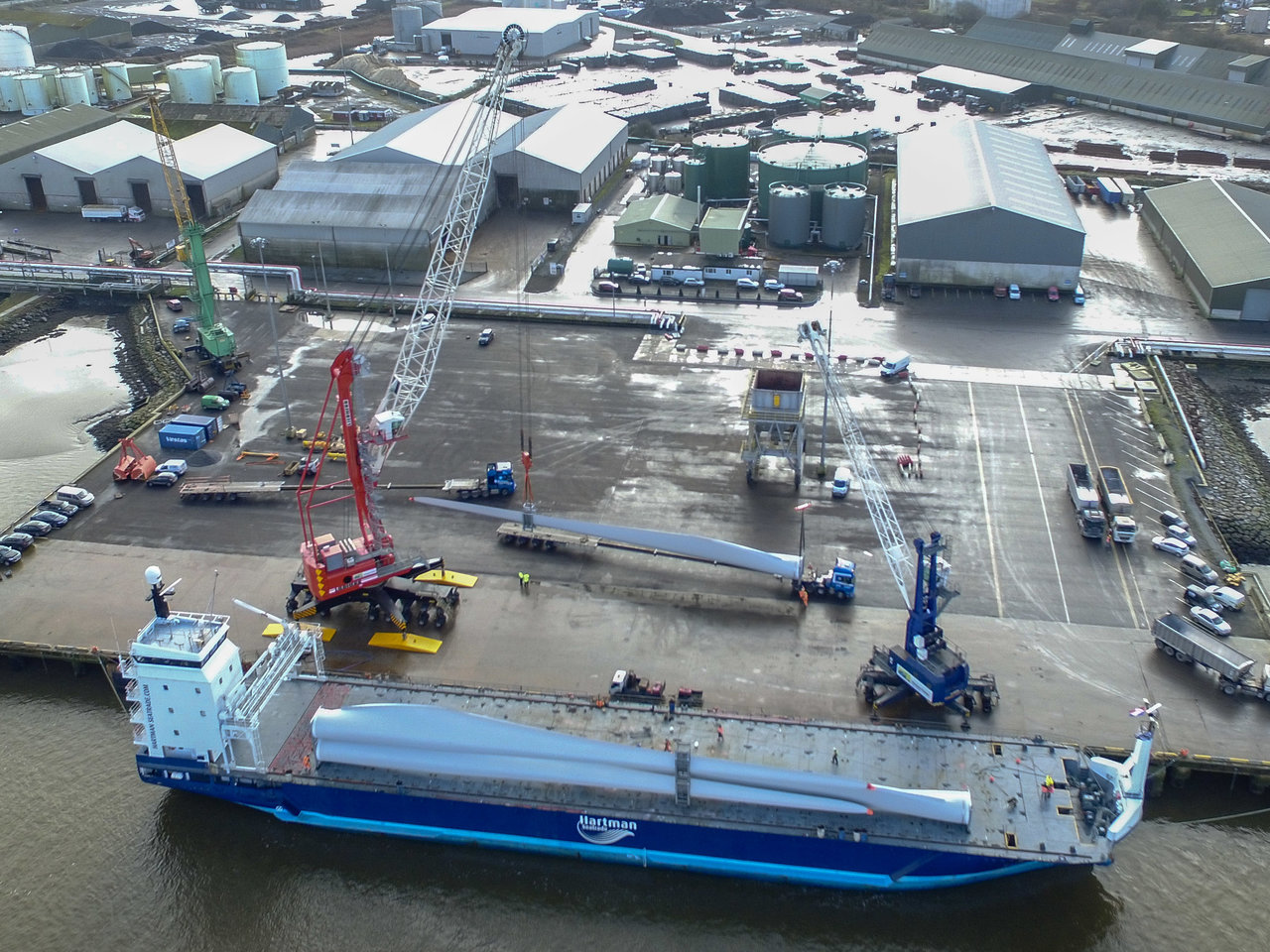 “Accordingly, it is vital that we continue to grow the business efficiently so that we can build on recent success.  Since 2011, the base year of Vision 2041, tonnage at our general cargo terminals has increased by just over 53% and we expect that tonnage throughput will continue to trend upward in the coming years, in line with the mid to high scenario projected in Vision 2041,” the CEO said.

The performance enabled the company to continue its record investment programme, as outlined in Vision 2041.  With the €12m Phase 1 completed over the two-year period ending 2016, a planning application is in progress for a further €22m investment covering Phases II to IV.  These phases will comprise a significant extension to berthing facilities at Foynes, including the development of the recently acquired 38 hectares of land for port activity.  Funding for this record expansion is in place and has been co-funded by the EU Ten-t program.

Said SFPC Chairman David McGarry: “The Board is fully committed to delivering on the strategic vision as outlined in the Shannon Foynes Master Plan Vision 2041 and to that end, will be actively pursuing the implementation of all key deliverables identified in the Plan. Whilst it is early days in the Vision 2041 plan period, we are very much on track to achieve its growth projections.”

He also revealed that the performance over recent years ensures that SFPC continues to declare and pay dividends to the Exchequer. 2017 saw a payment of €250,000, over two and a half times the company’s first dividend payment two years ago.

With regard to Brexit implications, he said: “While there are obvious economic threats arising from Brexit, we believe it also presents an opportunity. Brexit is a disruptor and has forced the freight sector, including its policymakers, to review current systems and traffic paths. To this end, we have been very active during 2017 and note that the European Commission, in its CEF mid-term review intends to extend the North Sea Mediterranean Corridor to include SFPC. This is a major change and one which should enhance our ability to access future European Funding under the CEF (Connecting Europe Facility) budget.”