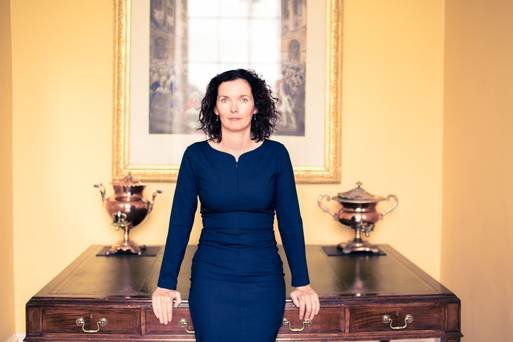 Gráinne Barry, who joins as Regional Operations Director – EMEA and head of STATS new regional headquarters in Limerick, is a co-founder of SportsTech Ireland.

Limerick’s passion for sport has been rewarded with the announcement that 130 full and part-time jobs are being created in the city centre by US firm STATS.

STATS are the worldwide leaders in sports data and intelligence and will be opening a regional headquarters in the city centre overseeing European, Middle Eastern and African (EMEA) operations.

The project is supported by the Irish Government through IDA Ireland.

Mayor of the City and County of Limerick Cllr Stephen Keary has welcomed the announcement.

“I’m very pleased that 130 new jobs are being created in Limerick and they are locating in the heart of the city centre, further enhancing the city as an attractive place to work,” he said.

“Limerick is a city which is passionate about sport.  In 2011 we were chosen as a European City of Sport in recognition of our affinity and love of sport.”

“This new announcement is a perfect fit.  Statistical data and analysis is increasingly becoming more and more important in the world of sport where games and medals are won by the slimmest of margins.”

Pat Daly, Deputy Chief Executive and Director of Economic Development with Limerick City and County Council said: “The decision by STATS to locate in the heart of Limerick is another boost for the Limerick city region.”

“STATS is all about using technology and innovation to seek an advantage, and the team in Limerick is doing the same.  We work with IDA Ireland, the third level sector and business leaders to help win investment for the Limerick city region.”

“I’m delighted in the case of STATS, we are winning.  I wish them the best of luck in Limerick and look forward to continued growth into the future.”

“The investment is particularly welcome as the sports technology sector is an area we are targeting and of course SportsTech Ireland which is seeking to develop Sports Technology research and business growth in Ireland.”

Gráinne Barry, who joins as Regional Operations Director – EMEA and head of STATS’ new regional headquarters in Limerick, is a co-founder of SportsTech Ireland. Barry is well renowned in the technology sector in Ireland, with a strong background in technology, data and software solutions. Barry will continue to be actively involved in SportsTech Ireland to support and grow the development of sports technology companies in Ireland.

Gráinne spoke to ilovelimerick about the headquarters setting up in Limerick “STATS being the leading power in sports data and sports intelligence and it’s great that it’s coming to Limerick the city of sport. It’s a great accolade for Limerick and a great opportunity both personally and for the city with the creation of so many jobs. For any sports lover that is based in Limerick or the Midwest it is a very exciting prospect”.