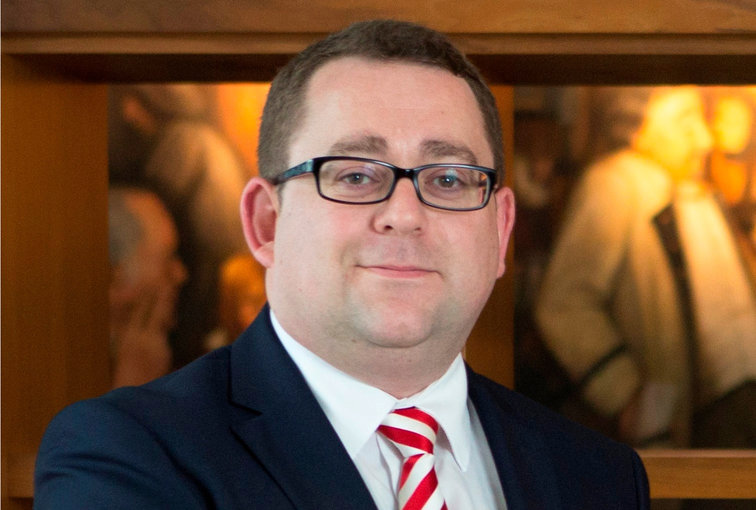 The MHL Hotel Collection is delighted to announce that it has appointed Stephen O Connor as General Manager of the Limerick Strand Hotel.

Stephen O Connor, a native of Wexford and a graduate of GMIT, began his hospitality career over 20 years ago and has had held a number of operational and senior management positions in Ireland before joining MHL in 2015 as Deputy General Manager of the Limerick Strand.

Following his success in Limerick he was promoted to the position of General Manager at the Harbour Hotel Galway, which he has held since October 2016. Stephen was instrumental in the hotel’s recent achievement of its 4* Rating, and a highly coveted AA Rosette for their Dillisk on the Docks Restaurant.

Stephen will return to Limerick and take over the reins in the Limerick Strand Hotel as General Manager, where he will replace Stefan Lundstrom who is moving to the role of General Manager in another of MHL’s hotels, namely the Galmont Hotel and Spa Galway, formerly the Radisson Blu Galway.

The 4-star Limerick Strand Hotel enjoys an enviable position overlooking the River Shannon in the heart of Limerick City. This well known and loved hotel offers some of the largest and most versatile meeting and events space in the Midwest, as well as 184 contemporary guest rooms and suites, complemented by award winning cuisine, and a state of the art leisure centre with not one but 3 pools.

Commenting, John Lally said, “We are delighted to appoint Stephen O Connor to the position of General Manager at our Limerick Strand Hotel. Stephen’s return to Limerick will ensure that the personal and attentive service the hotel is renowned for, its place in the heart of Limerick city life, and its plans for future expansion, are in a very secure and creative pair of hands.

The MHL Hotel Collection is owned by Paul Higgins, Galway business man John Lally and John Malone.  The company currently operates a total of 11 hotel properties in Ireland, three of which are located in Galway; namely the 5- star Glenlo Abbey Hotel and Golf Course, the Harbour Hotel, and the Galmont Hotel and Spa. In Dublin, the group offers over 1,200 bedrooms and operates the Westin Hotel, the Intercontinental Hotel, the Spencer Hotel, the Trinity City Hotel, the Beacon Hotel, the Morgan Hotel, and the Hilton Dublin is also included in the portfolio.

For more info on the Limerick Strand go here.

For more stories on the Limerick Strand go here.