By Richard Lynch on November 22, 2018@richanthon 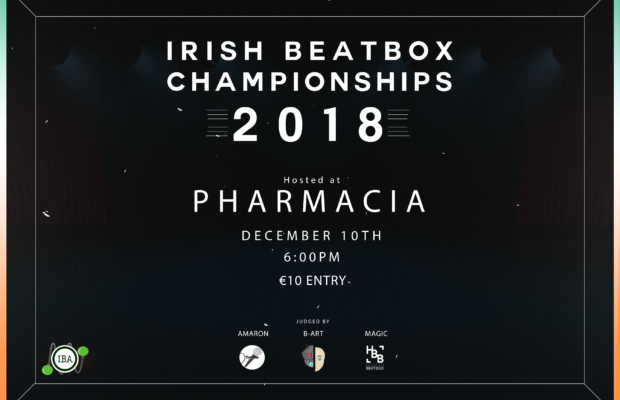 The Irish Beatbox Championship 2018 is all set to make its way to Limerick this December.

The event has previously been held in Dublin for the last two years but is coming to Limerick for the first time since 2015! The whole event is being run by Irish Beatbox Association member, Tremor, who hopes to gain a bit of exposure for the beatbox scene in Ireland and reach out to any beatboxers residing within Limerick.

The main goal of the championships is to motivate, inspire and bring beatboxers together from all over Ireland to compete, jam, learn, and have a good time.

On the night competitors will perform at an elimination style round to progress into the solo battles. There will also be a Tag Team Final battle on the night and a Loopstation Final battle, both of which can be entered by uploading an entry video on YouTube, which will then be judged by the judging panel.

The event will take place at Pharmacia, located on Sarsfield Street, on Monday, December 10, 2018. Entry will be €10 on the door or €7.95, Early Bird ticket online, which are limited in number. Entry for competitors will be free.

The event is open for over 18s only and doors will open at 6 pm for general admission, but competitors need to arrive at 5 pm for registration. The event is scheduled to continue till 1m on the night.

For more information on the Irish Beatboxing Championship go here