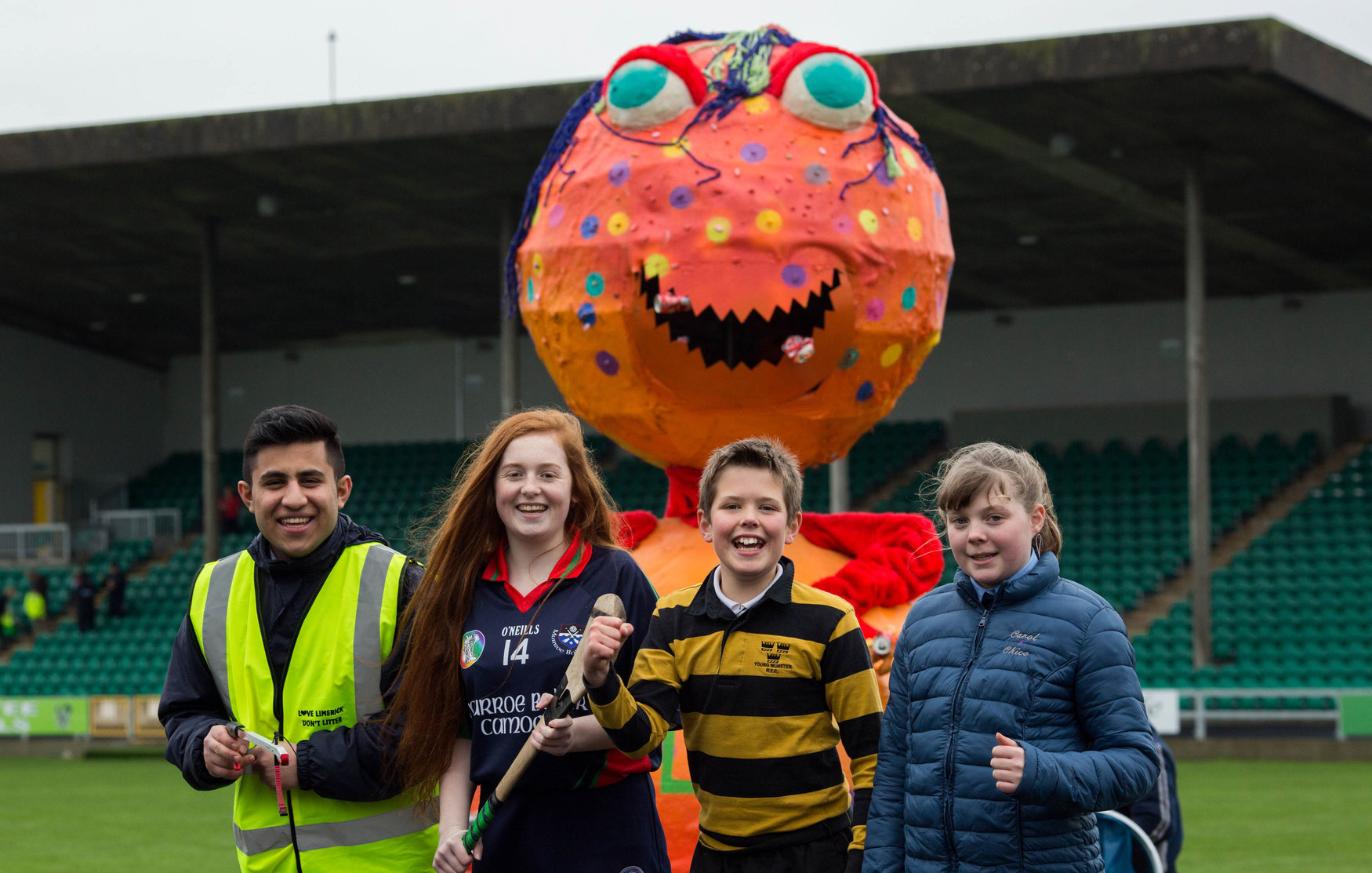 The countdown is well and truly on to D-Day for Limerick’s mammoth clean-up, the TLC3 Launch!

On Good Friday, 3rd of April 2015 a massive clean-up day in both Limerick City and County took place. This was known as Team Limerick Clean-up TLC. They urged everyone to sign up and make their community spotless and as a result, over 10,000 people participated in what turned out to be Ireland’s largest ever one-day clean-up! Due to TLC’s success, TLC2 took place on Good Friday, March 25, 2016, where numbers of volunteers grew by over 3,000!

For the third year in-a-row, thousands of people across the city and county will roll up their sleeves and take part in Team Limerick Clean-up 3 (TLC3) on Good Friday, April 14.

The initiative, which is sponsored by the JP McManus Benevolent Fund and is coordinated by Limerick City and County Council with the support of the Limerick Leader, Mr Binman and Live 95FM, was launched this Monday in the Markets Field.

TLC volunteers and representatives from the JP McManus Benevolent Fund were joined at the stadium grounds by a 12ft motorised litter eating monster.

The motorised litter monster sculpture was designed and created by Limerick-based Draw Out, an urban regeneration initiative that uses the most contemporary examples of urban Art to reinvent space.

Last year in the region of 13,000 people across Limerick city and county participated in TLC2.

Once again the TLC steering group will be encouraging volunteers of all ages to register and get involved in this year’s campaign.

TLC3 is appealing to all fast food outlets, convenience stores, service stations and haulage drivers across the city and county of Limerick to support TLC3 by organising their own cleanup teams and encouraging their customers to dispose of waste responsibly and to get involved.

Fast food outlets will be contacted directly and supplied with TLC3 promotional material for display.

Team Limerick Clean-up is one of the most exciting campaigns ever to hit Limerick, and we are delighted that the people of Limerick coming out in force to do their bit to clean up the environment. It only requires a few hours of everyone’s time on Good Friday and getting involved is great fun as well as very worthwhile.

To read more about community events in Limerick click here

BOOKWORMS for BUMBLEance Children’s Authors Road Trip on board BUMBLEance