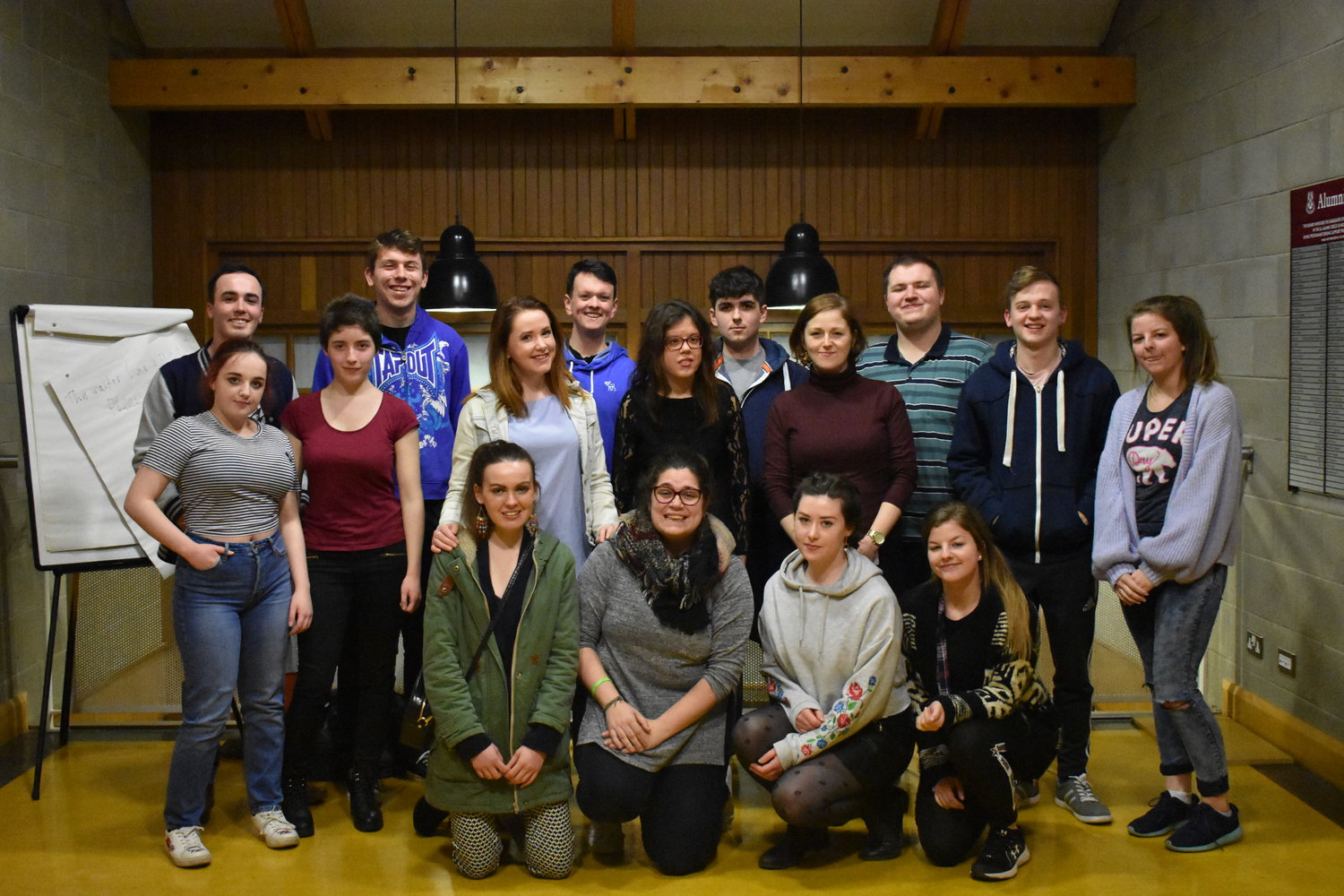 The University of Limerick are performing an incredibly powerful and hard-hitting showcase with the UL Drama Society Awfully Queer.

For their first production of the Spring semester 2018, the University of Limerick Drama Society are performing a powerfully grasping and hard-hitting show entitled Awfully Queer.

The showcase will run for one night only on Monday 12th March. Doors will open at 8 pm, with the show commencing at 8:15 pm. The performance will take place in the Jonathan Swift Theatre, located in the main building on the University of Limerick grounds.

UL Drama Society Awfully Queer is a joint collaboration with Out in UL, the University of Limerick LGBTQ+ society. The performance is a showcase of monologues and sketches that incorporate the stories and struggles associated with being on the LGBTQ+ spectrum. All the pieces performed on the night are original pieces. They are written by members of Out in UL and the Writers Group branch of the Drama Society. Several scripts are based on the personal experiences of the writers themselves, with other scripts having been inspired by the friends and families of the scriptwriters.

UL Drama Society Awfully Queer is in equal parts emotional and uplifting, with comedic moments inextricably intertwined amongst the more serious undertones of the collaboration. Awfully Queer aims to tell the story of as many individuals on the LGBTQ+ spectrum as possible. There are scripts based on bi-sexuality, asexuality, pansexuality and gender variance amongst other topics that are sometimes lost or ignored in theatre. Awfully Queer strives to give a voice to those that are sometimes silenced and share their stories with our audience.

Awfully Queer boasts a cast of 14, with many of our actors doubling up to perform numerous roles on the night. The production is an ambitious project, with our 14 actors under the direction of 4 separate directors, three of whom have contributed their scripts to the showcase. This will be the directorial debut of three of our directors – Gaelle Clion, Donal O Cribin and Sarah Devaney, with Cathal Moore returning to direct after last semesters production of The Cock and Plucker.

All proceeds on the night will go to GOSHH, a local charity based in Limerick City which aims to promote the equality and well-being of all their clients whilst maintaining a positive and respectful approach to people of all genders and sexual orientations. They offer a drop-in informational clinic, free condoms, and workshops on sexual health and sexual orientation.  There is no entry fee for Awfully Queer but we will have donation buckets on the night and we would encourage audience members to donate to this important organisation.

For more information on The UL Drama Society, click here

For more stories on The University of Limerick, click here