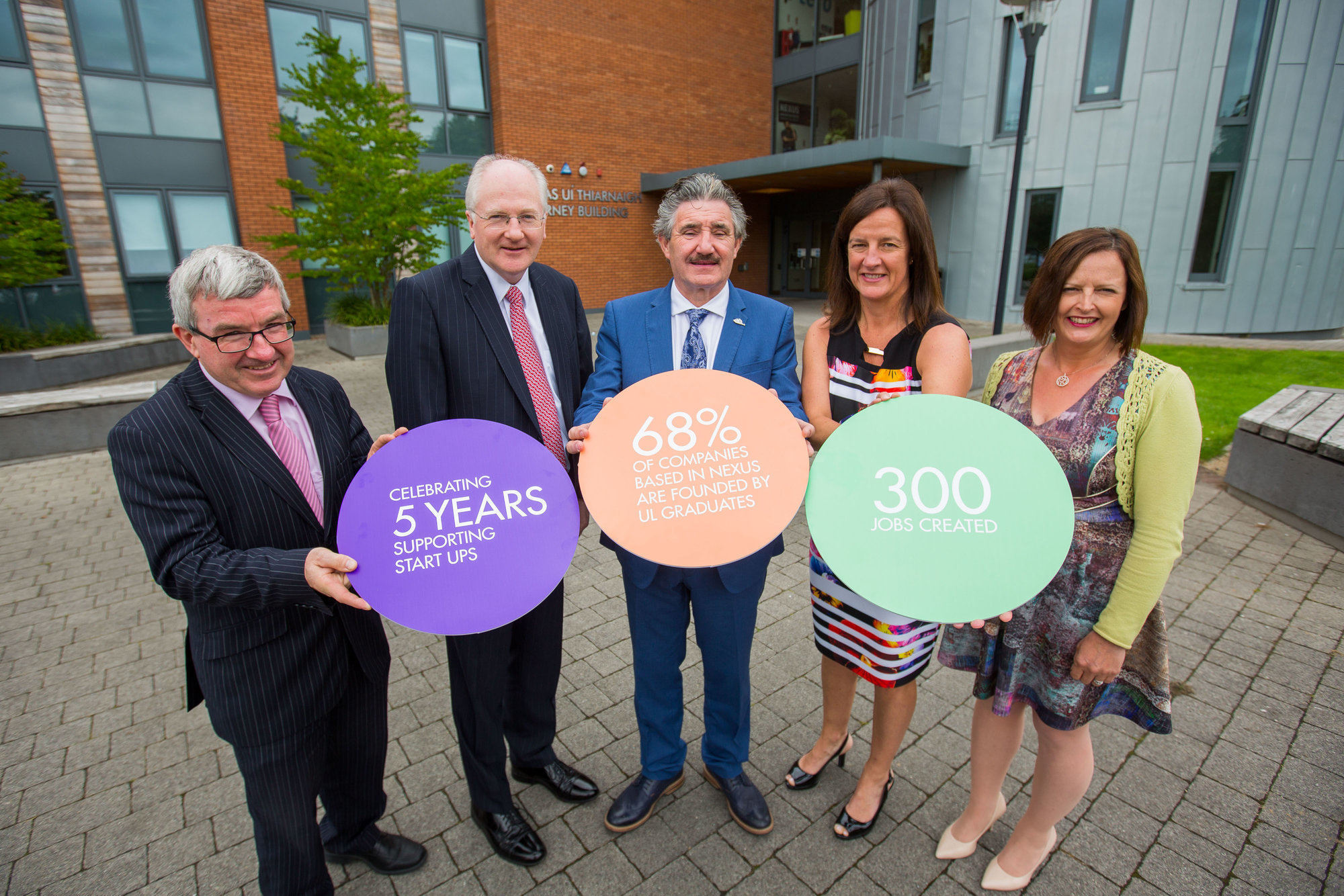 Nexus Innovation Centre at the University of Limerick yesterday marked its fifth year in business with the launch of its annual report by Minister for Training, Skills, Innovation, Research and Development John Halligan, T.D. Since its establishment, the UL Nexus Innovation Centre has supported 76 start-up companies, employing over 310 people.

Speaking at the launch, Minister Halligan said: “Nexus has made a significant contribution to entrepreneurship, innovation and job creation in this region. The generation of new ideas and new companies at UL has far-reaching impacts, such as attracting foreign direct investment, driving innovation in our SME sector, attracting talent and contributing to our global reputation.”

Speaking at the event, Dr Mary Shire, Vice President Research said; “Since its establishment, the UL Nexus Innovation Centre has exceeded all targets and has become a key part of the dynamic start-up ecosystem in this region. We are educating our students here to become masters of their own destiny with over 68% of companies at Nexus founded by UL graduates.”

This state-of-the-art campus facility, opened in 2011 with the support of €1.44 million from Enterprise Ireland, has supported a growing community of international entrepreneurs. Over the last five years, Enterprise Ireland has provided funding in excess of €6.5m under the Commercialisation Fund, to aid the development and generation of spin-out companies.

In 2016 alone the Nexus Centre led to the creation of over 149 high-quality jobs in Nexus supported companies which have received investment in excess of €7.35 million.

In recent times, UL spin-out and campus company successes include:

Arralis, a Limerick aerospace start-up, who recently secured €50m of funding from a consortium of Hong Kong-based investors and is the 2016 Irish Times Innovation of the Year award-winner.

HookeBio – Drug discovery start-up, in the process of being established by Stokes Bio Founder Prof Mark Davie, recently won ‘One to Watch’ award by Enterprise Ireland.

Stokes Bio – established by Prof Mark Davies and Dr Tara Dalton, Stokes Bio made history in 2010 when it was sold for €33 million, making it the largest university spin-out acquisition in the history of the state.

For more on the Nexus Innovation Centre click here