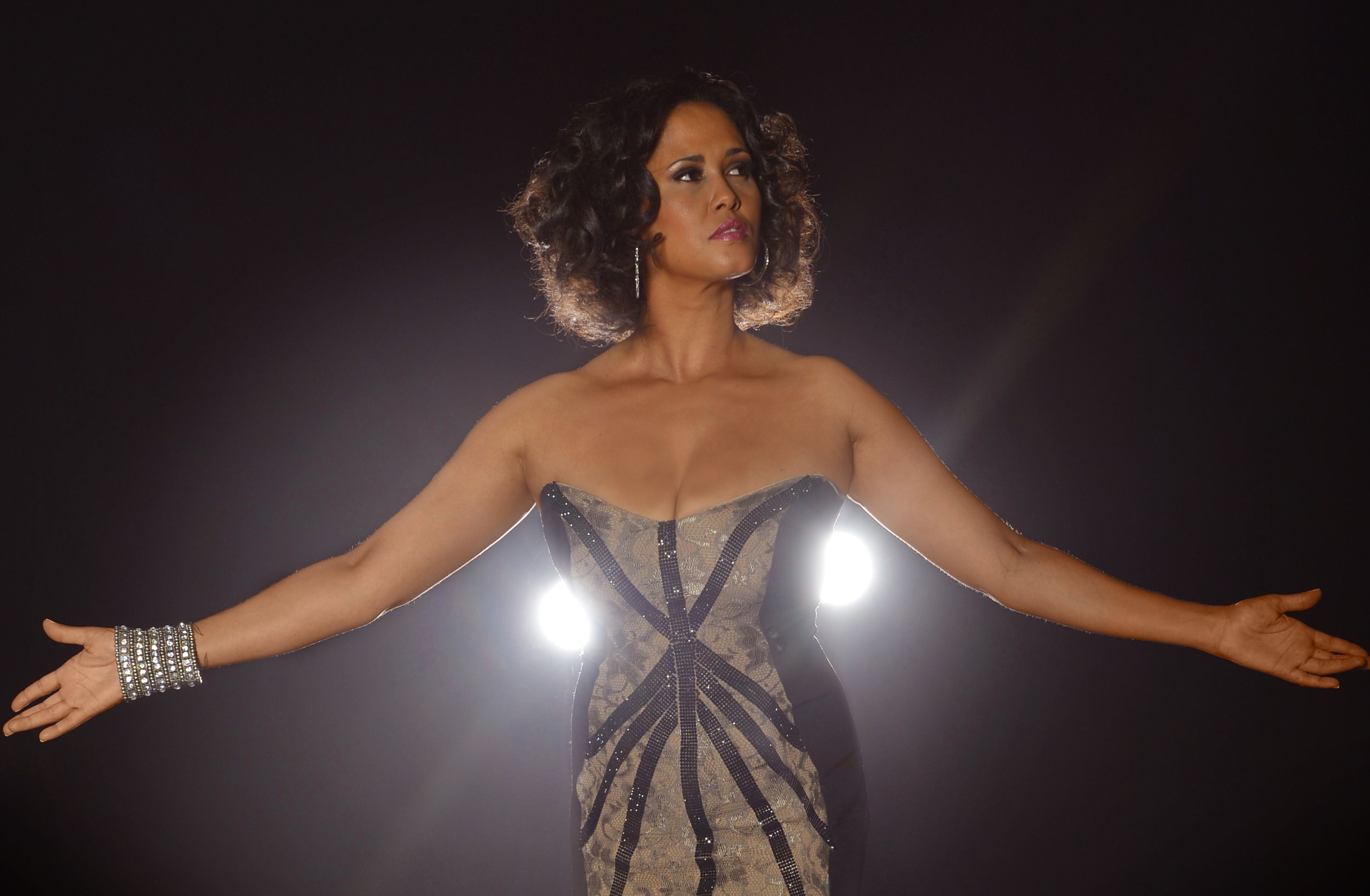 The breath-taking production, ‘The Greatest Love of All – The Whitney Houston Show’, featuring the impeccable vocal talents of South Africa’s Belinda Davids, is a beautifully crafted tribute to one of the world’s most revered singers.

Whitney Houston Lovers are in for a treat as Belinda Davids take to the University Concert Hall stage on Friday, October 13.

Accompanied by a full band and dancers, Davids performs over two hours of Whitney Houston’s best loved pop hits live on stage, and there is no person better equipped to do so.

In addition to having a voice described as “jaw-droppingly similar” to the pop diva, Davids openly acknowledges that Houston is her personal idol and was the original inspiration for her own career when she began singing at the age of 14.

“I want people to come and remember Whitney when she was at the top of her game and when she was fabulous”, says Davids.

People all over the world have done exactly that, with South Africa, New Zealand, Singapore, Canada and the USA already hosting sold-out performances in the show’s first two years of touring.

The show includes 20 of Houston’s most popular tracks taken from the full span of her career, including ‘I Will Always Love You’, ‘I Wanna Dance With Somebody’, ‘Didn’t We Almost Have It All’, ‘I’m Every Woman’, ‘Exhale (Shoop Shoop)’, ‘Million Dollar Bill’ and more.

“The soul of Whitney Houston is not only alive on the Mandela Stage but it’s effortless, mesmerizing and in full voice. Don’t believe me? You will.”- Rave Review

“If you had walked into the iZulu Theatre blindfolded and listened to the opening song, you would be forgiven for thinking you were listening to Houston herself, Davids is that good.”- ToNight

“The iconic Egyptian-like shake of the head, the smile, the clicking fingers and open arms that accompany the countless high notes, all attest to David’s knowledge of the character is she portraying.”-DestinyConnect.com

The Greatest Love of All – The Whitney Houston Show will take place at the University Concert Hall on Friday, October 13 at 8 pm. Tickets from €29.50 and can be booked at www.uch.ie or by calling 061 331549.

To book tickets to the Whitney Houston Show click here

To find out more about the Whitney Houston Show click here

Uncover a Mystery, Discover your History at The Genealogy Event