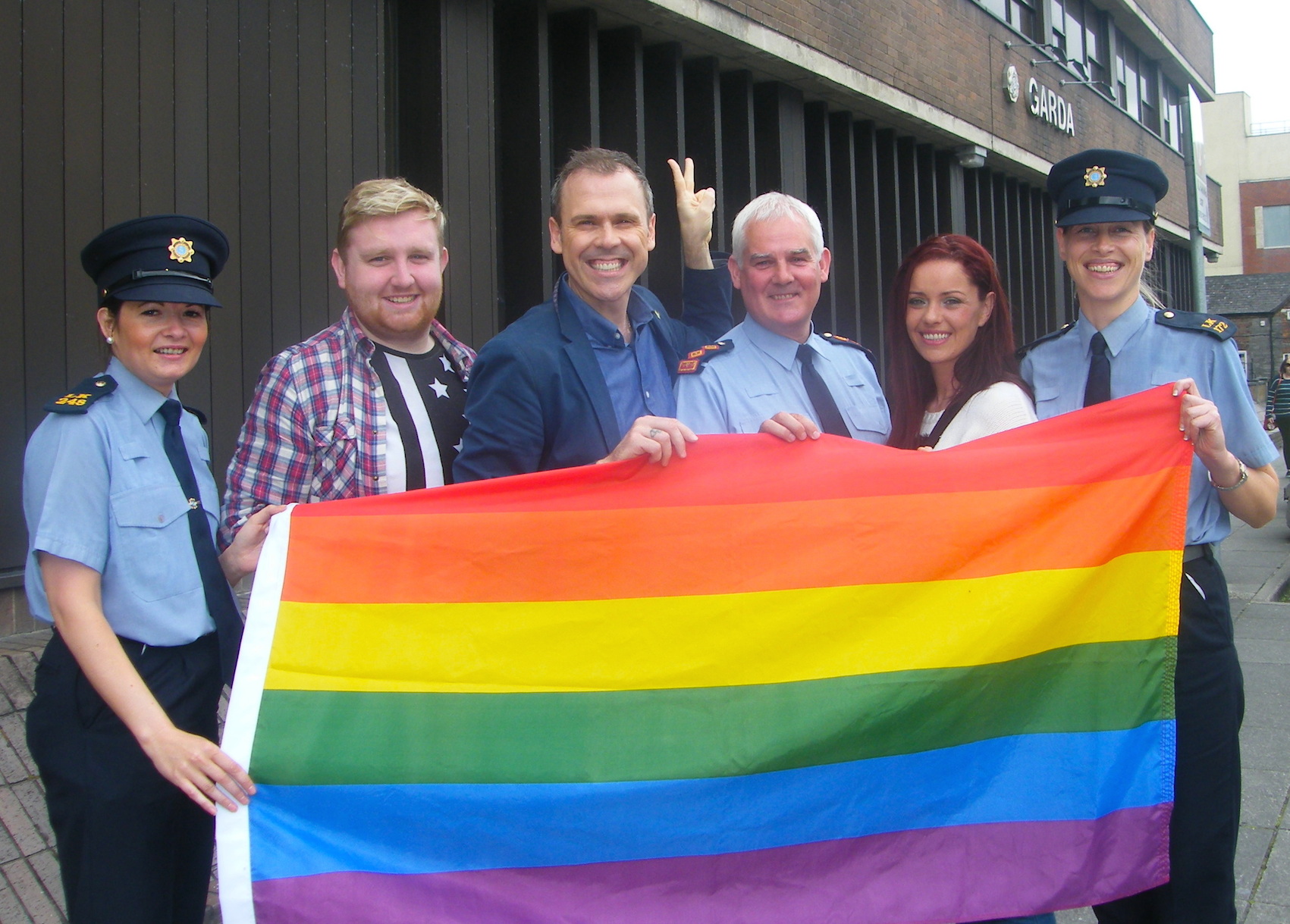 Limerick Garda Chief Superintendent David Sheahan has been nominated for a prestigious LGBT Award at the Workplace Equality Index Awards 2016, which will be hosted on September 20 at the Radisson Blu Royal Hotel in Dublin.

Based on participants’ submissions, the Gay and Lesbian Equality Network (GLEN) will compile the prestigious Top LGBT Inclusive Employers Index to be announced at the Awards. At the awards, GLEN will celebrate employers who are committed to implementing best practice to achieve a workplace that is lesbian, gay, bisexual and transgender inclusive.

The Workplace Equality Index Awards 2016 index is open to all employers and is the essential way to measure an organisation’s efforts to tackle discrimination and create an inclusive workplace for lesbian, gay, bisexual and transgender (LGBT) employees. Once completed employers send their submission to GLEN for evaluation and feedback. Participating in the Index gives employers recognition for their achievements and provides employers with a best practice framework to progress LGBT inclusion in the workplace annually.

Building on the success of indexes internationally, Ireland’s annual Workplace Equality Index will push top performers to new heights. Equally, the Index will provide a new framework for thought and action for participating employers at the start of their journey.

A number of nominations have been submitted in respect of the actions from An Garda Síochána and Chief Superintendent David Sheahan of Henry Street Garda Station in Limerick has been nominated as Ally of the Year for the flying of the flag at Henry Street Garda Station. Ally of the Year is when a leader or team member within an organisation who has demonstrated an outstanding level of support for LGBT colleagues.

In 2014, thanks to the efforts of Chief Superintendent David Sheahan and his team, the Henry Street Garda station in Limerick became the first station in Ireland to fly a pride flag in a show of support for those involved in the Limerick LGBT Pride Festival, the parade and everyone in the LGBT community. The station has done it every year since.

As well as offering their support, the Henry Street station have dedicated a number of community officers to those who are a part of the LGBT community.  They are also promoting safety and are encouraging people to report any homophobic or potentially homophobic behavior and incidents during the parade and afterwards.

Speaking about this responsibility of the public, Chief Superintendent David Sheahan said: “We are trying to give people confidence to come forward if members of the community are suffering from either abuse, violence or threatening behavior. Homophobic acts cannot be addressed if the Garda Síochána are not made aware and members of the public are asked to come forward with any such issues. We want people in the community to know that we have a listening ear. We are prepared to listen and we are prepared to deal with every issue that may come our way to keep this valued community in Limerick safe. What we are trying to achieve is to create awareness and to show our support for the LGBT community by flying the flag. We’re trying to get the message out there that everyone deserves to be treated with respect. Luckily there is a lot more tolerance today than in the past. Every parade we’ve looked over so far resonates with people in the community. We’re only happy to be able to support the LGBT community in Limerick.”

For more on the Workplace Equality Index click here