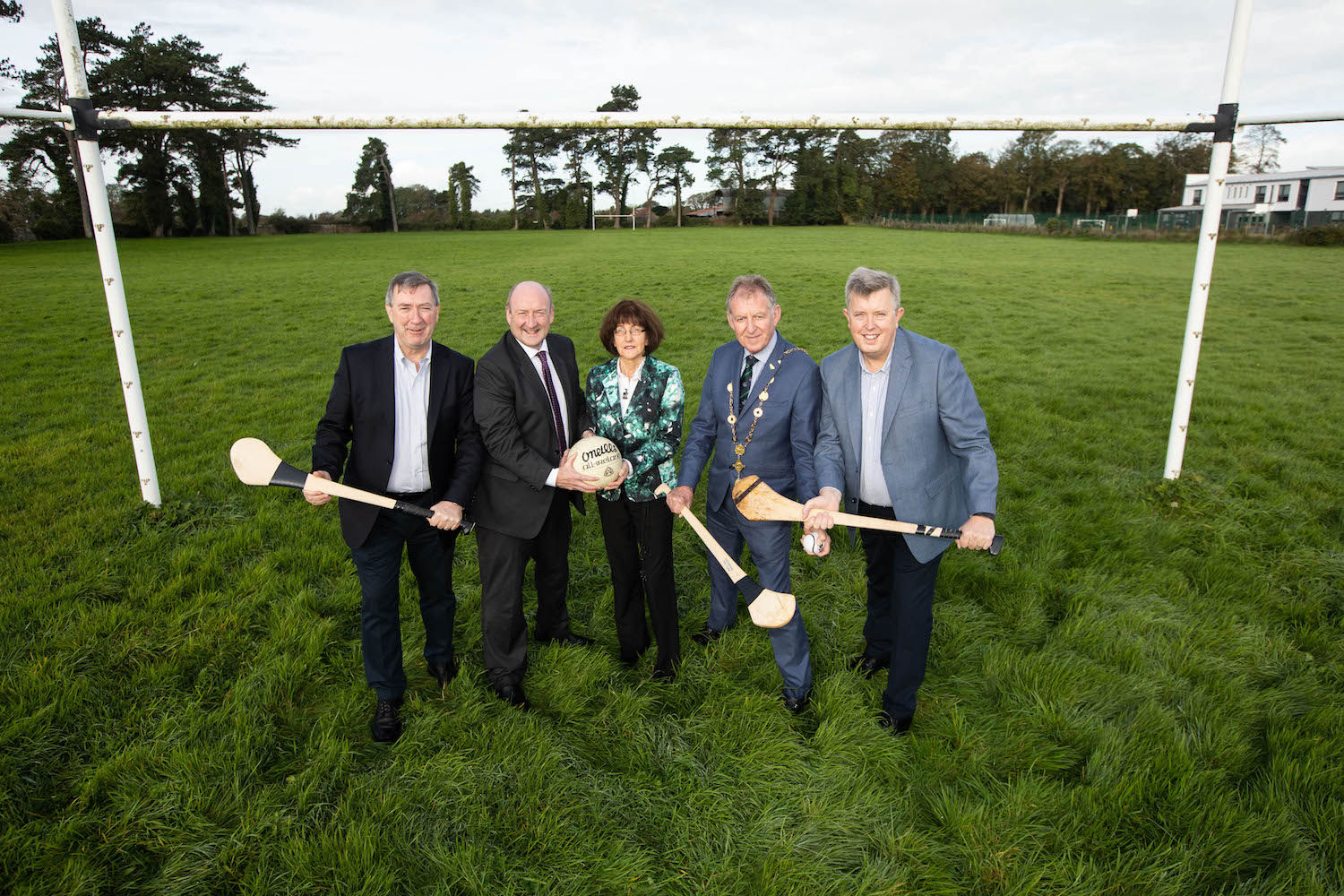 Analog Devices International, a world leader in data conversion and signal conditioning technology solutions is playing its part in supporting community living with the donation of two playing pitches in Mungret to Limerick City and County Council.

Analog Devices has transferred ownership of the two pitches which were once used by the multinationals Sports & Social Club to the Council for the benefit of the community of Mungret, Raheen and Doordoyle. The pitches are located at the back of the former Mungret College and adjacent to Mungret Park.

Leo McHugh, Vice President of Industrial Business Units, said, “Analog Devices strives to have a positive social impact, not only within our walls for our employees but in our communities as well. We already provide a number of programmes and initiatives to our local community and environment such as our Schools Robotics competition and charitable donations programme, so we are very mindful of our presence and impact within our community.”

“When we found the pitches were being used less and less and the community around us was undergoing so much development and expansion, it made sense for us to donate the grounds and help meet the recreation needs of the area,” he added.

Mungret is a priority area within the Limerick Metropolitan district and is a zoned urban extension of Limerick City under the Southern Environs Local Area Plan.

Denis Doyle, Vice President and General Manager of Manufacturing, Analog Devices, said, “Thanks to the foresight and public investment of Limerick City and County Council and the Department of Education and Skills, the facilities at Mungret park and playground are fantastic. There are further exciting plans for Mungret and the availability of new homes in such close proximity to our campus will benefit future Analog Devices employees. So, we are delighted to contribute to the amenities in the area.”

With a 1,200 strong workforce, Analog Devices supports several employees, community and charity initiatives. Earlier this year, the company made financial donations to 40 community, voluntary and charitable organisations across Munster as part of its Community Awards and Charitable Donations Programme.

Cllr Michael Sheahan, Mayor of the City and County of Limerick, said, “This generous donation by Analog Devices will provide a valuable recreational resource for all those living in the area. The pitches are ideally located with new schools, a wonderful park, and playground and sports clubs all in the vicinity and will greatly enhance community life.”

Analog Devices supports employee volunteering activities on an ongoing basis and plays a significant role in promoting awareness and engagement with science, technology, engineering and maths (STEM) amongst school-going children.

Pat Daly, Chief Executive at Limerick City and County Council, said, “We are delighted to receive this wonderful donation on behalf of the Mungret, Raheen and Dooradoyle community. The recreation facilities that have been developed as part of the Mungret Development Master plan support a new standard for community living. Making these playing pitches available to everyone is really exciting and puts the facilities in the region second to none.”

Innovation, performance, and excellence are the cultural pillars on which Analog Devices has built one of the longest-standing, highest growth companies within the technology sector. Acknowledged industry-wide as the world leader in data conversion and signal conditioning technology, Analog Devices serves over 60,000 customers, representing virtually all types of electronic equipment. Analog Devices is headquartered in Norwood, Massachusetts, with design and manufacturing facilities throughout the world. Analog Devices is included in the S&P 500 Index.