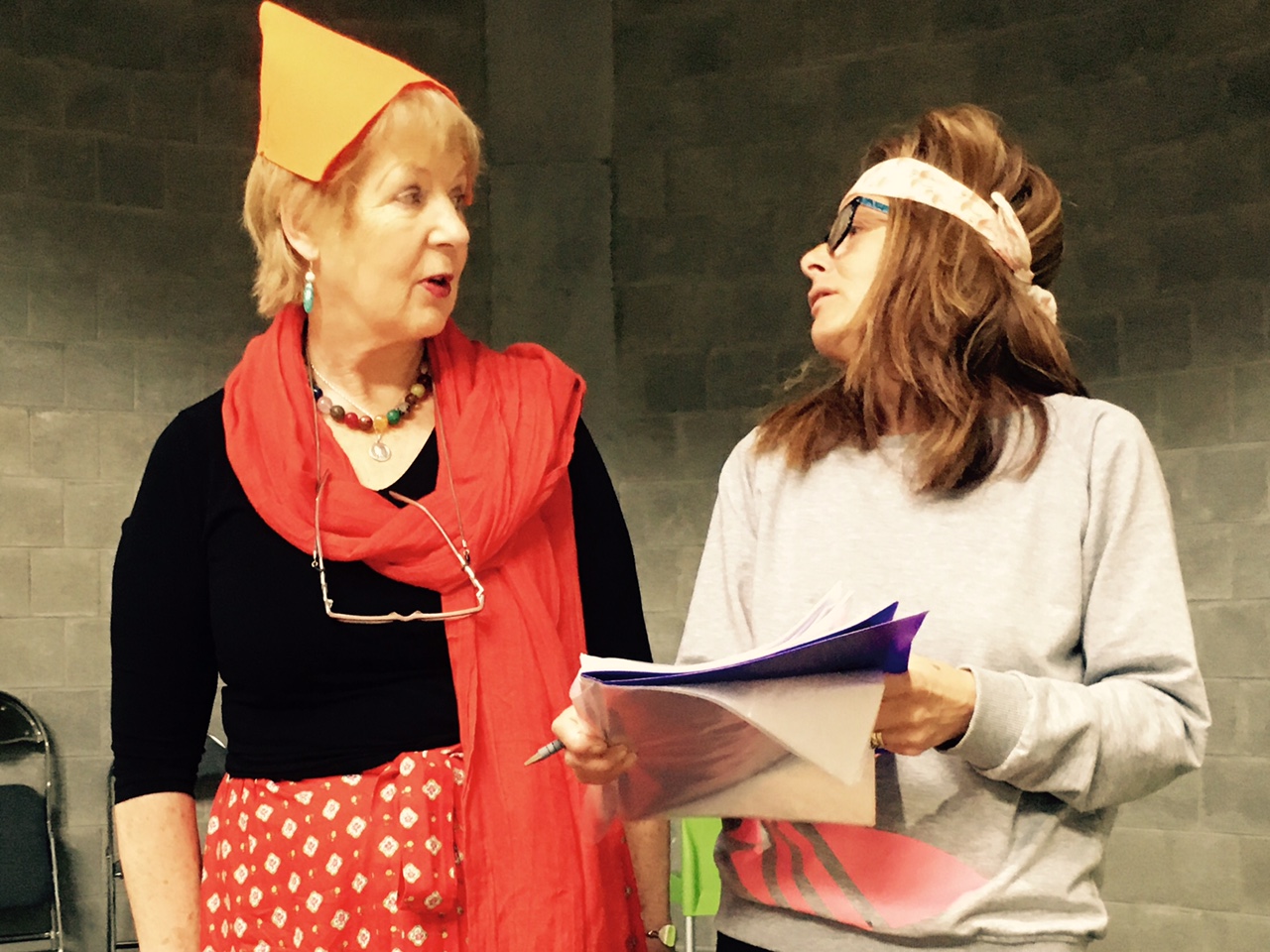 Pictured is Bridgette Burke and Stephanie Ryan of the Northside Misfits rehearsing for their new play ‘Behind The Scenes (Loosely)’.

Following on from their huge success with their play ‘taLK’ last year, the Northside Misfits Community Drama Group are back with a brand new play premiering on April 5 and 6 entitled ‘Behind The Scenes (Loosely)’!  Directed by Karen Fitzgibbon, the story follows a community drama group who have overextended their meagre funds, who decide to stage a pantomime to raise money. ‘Behind The Scenes (Loosely)’ is essentially a play within a play as the characters take to the stage depicting diva actors and a little bit of Snow White. The Northside Misfits are presenting a hilarious play. All the scenes are based on actual events that the Misfits have experienced since their heydey, with a little bit of fiction thrown in for good measure.

Pictured is Stephanie Ryan in costume for the Northside Misfits new play.

The Northside Misfits filled up their schedules with last year’s play ‘taLK’ which sold out in the Belltable and led to the Misfits receiving an invite to Manchester by ‘Walk The Plank’ for the Manchester Day Parade.  They also travelled to the Aviva in Dublin for the Palliative Care Conference to perform their highly acclaimed play ‘taLK’.

‘taLK’ which was also directed by Karen Fitzgibbon, was written through workshop sessions between the actors and writer. ‘taLK’ provoked laughter and some tears but what has emerged was a beautiful, witty and heartfelt piece. ‘taLK’ portrayed one woman’s journey through diagnosis to prognosis to living well and the wonderfully charismatic people she meets along the way. ‘taLK’ made its world premiere in the Northside Community and at Milford Hospice.  The overall reaction was phenomenal. They welcomed Senator Marie Louise O’Donnell who came from Dublin to see the performance and spoke at length about the power of theatre and what The Northside Misfits Community Drama Group had achieved on a local level on the night.

The group who formed in September 2014 will premiere their fourth production this year which they hope will receive every bit as much success as their last production. The Northside Misfits played an integral part during the 2020 European Capital of Culture bid, with the jury visiting one of their homes on their route around Limerick. Since forming, the group have quickly gone from success to success and will continue to do so.

‘Behind The Scenes (Loosely)’ opens at the brand new building ‘The Northside Youth Space’, situated in the shadows of Limerick’s iconic Thomond Park on the April 5 and runs until April 6 at 8 pm nightly.  With tickets priced at just €5.00 and a raffle on both nights for an authentic signed and framed Munster rugby jersey, this is one event you definitely shouldn’t miss.

For more information on the Northside Misfits click here