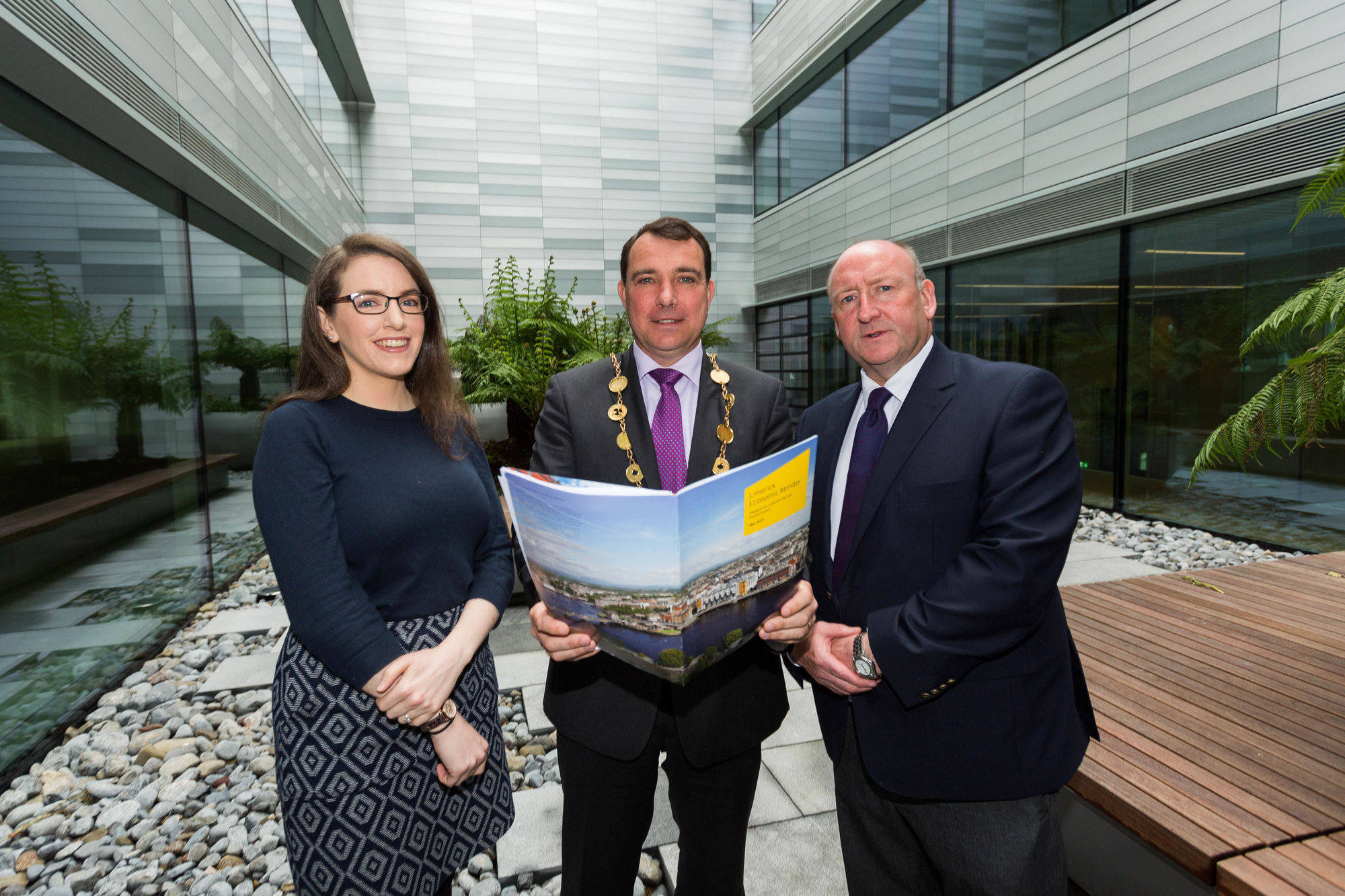 The inaugural Limerick Economic Monitor (LEM), which will see Limerick’s economic and fiscal status analysed and tracked, has been published today [Wed 08 May 2019] at the new state-of-the-art Gardens International office complex in the heart of the city.

Commissioned by Limerick City and County Council and produced by EY-DKM Economic Advisory, the LEM will be the barometer used to track Limerick’s performance against key economic indicators including employment, enterprise, investment, housing, consumer sentiment, and commercial property and will be published twice-yearly.

In so doing, it will benchmark Limerick’s progress against local and national targets, as per the Limerick 2030 economic and spatial plan, and Project Ireland 2040.

The LEM is the first economic monitor to be put in place in an Irish city outside the capital and will fill a gap in the availability of reliable data on regional economic output.

Launching the Monitor, Mayor of the City and County of Limerick James Collins said that it reflects the confidence in Limerick, coming off the back of five years of unprecedented economic growth that has seen over 15,000 jobs created.

“That growth is set to continue with the development of a number of iconic projects in Limerick, including the eagerly anticipated development of the Limerick Twenty Thirty Opera and Cleeves Sites, the University of Limerick’s €8 million investment plan for a city centre campus and a number of other large-scale private investments.

“The huge growth in employment numbers in Limerick, including the influx of foreign direct investment, reflects where Limerick is at today and how far it has come.  The LEM also highlights the importance of creating high-value jobs across a broad range of sectors in order to retain Limerick’s well-educated graduates.”

The findings of the inaugural monitor include a number of key indicators which show Limerick is now firmly on an upward curve, including:

Speaking at the launch, Ciara Morley, Economist, EY-DKM Economic Advisory said: “Our analysis shows just how exceptional Limerick’s recovery has been and the very positive developments which are continuing to drive its future prosperity as a region.  A sustained commitment to investing in the city and county, and in infrastructure which will continue to support its growth and accessibility is key to this success.”

“Importantly, our findings also show that Limerick’s affordability and the quality of life which it represents, are positioning the region as a highly competitive and attractive location in which to live and work now and in the years to come.”

Pat Daly, Director of Economic Development, Limerick City and County Council, added: “Today Limerick is the only Irish city, outside of Dublin, where disposable income is greater than the national average and is at its highest level since 2008. The Limerick Economic Monitor shows we are a city and a region that is competitive, dynamic and a great place to live, work, invest and learn.

“This will give us key data for the future that will benchmark us against targets set for Limerick through our own ‘Limerick 2030: An Economic and Spatial Plan’ and Project Ireland 2040 to make sure we continue to grow and deliver on our role as a city and county helping to achieve a balanced national economy.”

The Limerick Economic Monitor is available to download by clicking here.

Related Topics:businesseconomylimerick economic monitor
Up Next