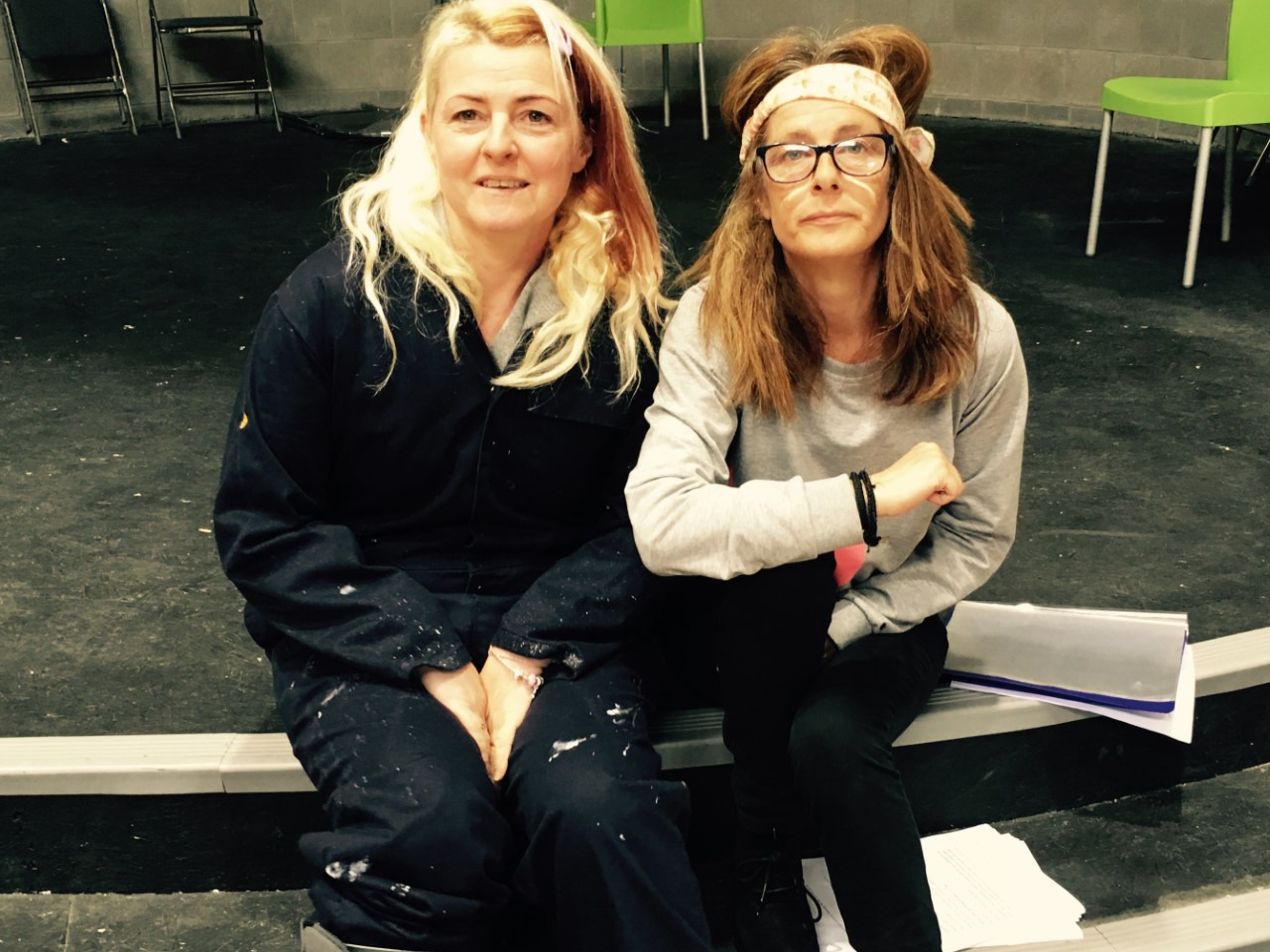 The Northside Misfits Community Drama Group cast members for ‘The Woman in the Mirror’, (L-R) Niamh Bowen and Stephanie Ryan.

The Northside Misfits Community Drama Group was formed back in September 2014. They are a small community drama group who meet weekly, co-write and perform their work to their community. They are based in the Northside Family Resource Centre in Ballynanty. Following on from their huge success with their plays ‘taLK’, ‘Buried In The Past’, ‘Behind The Scenes (Loosely)’ and ‘Mein Gott’, the Northside Misfits Community Drama Group are back with the world premiere of their new play entitled ‘The Woman In The Mirror’ directed by Limerick director Karen Fitzgibbon. This will be their sixth production. 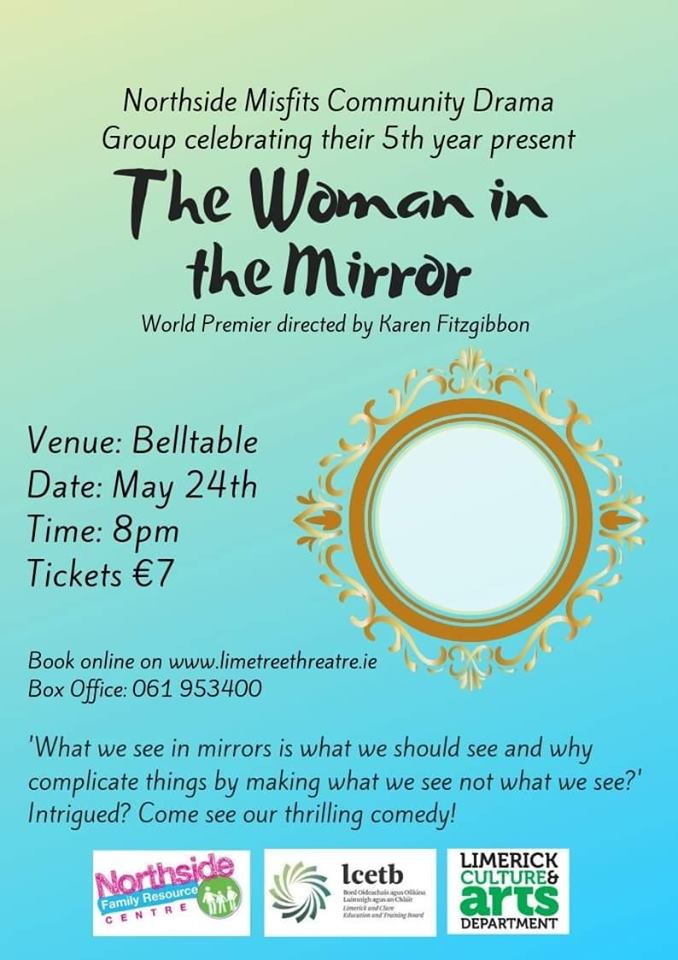 The Woman In The Mirror’ premiers for one night only on Friday, May 24 at The Belltable. Tickets are only €7

Karen Fitzgibbon is an actor, writer, director, producer and literacy tutor in Limerick City. Karen’s credits include the multi-award-winning production of ‘The Pied Piper of Hamelin’, ‘100’, The Women’ and ‘Walking Away’ for which she received a Best Actress Award. She has been working with community groups in Limerick city and county for over 15 years, co-writing, co-producing and directing new plays. Karen has co-written, co-produced and directed over 15 short films. She has been working with the Northside Misfits since their inaugural year.

Karen told ilovelimerick, “The Northside Misfits Community Drama Group never shy away from topical issues, having explored cancer, domestic abuse and dementia through their previous productions. This time is no different when they premier in the Belltable this month with their brand new play ‘The Woman in the Mirror’.”

‘The Woman In The Mirror’ is Jane’s story, a woman who has hopes and dreams but worries she has left it too late to follow them through. She is reluctantly drawn into the world of plastic surgery and its obsessive dark side. She soon realises that what we see in mirrors is what we should see and why complicate things by making what we see not what we see? An old grudge, a white lie, a misunderstanding and a thrilling comedy. The Northside Misfits Community Drama Group are also delighted to welcome to the cast professional Limerick actress Niamh Bowen. Niamh said, “I am delighted and honoured to be returning to join the super talented Misfits!”

The Northside Misfits are celebrating their fifth year with this World Premiere. It has been a very busy few years for the Misfits with their previous plays selling out in the Belltable and the Northside Youth Space and an invite to Manchester by ‘Walk The Plank’ street theatre company for the Manchester Day Parade. They also travelled to the Aviva in Dublin for the Palliative Care Conference to perform their highly acclaimed play ‘taLK’.

‘The Woman In The Mirror’ premiers for one night only on Friday, May 24 at The Belltable. Tickets are only €7 and can be bought here.

Karen said, “This play explores a woman’s reluctance to delve into the world of plastic surgery with great hilarity!”

For more stories on The Northside Misfits go here

PHOTOS: Students of Down Syndrome Limerick Latch-On Programme get their hands on the Liam McCarthy Cup