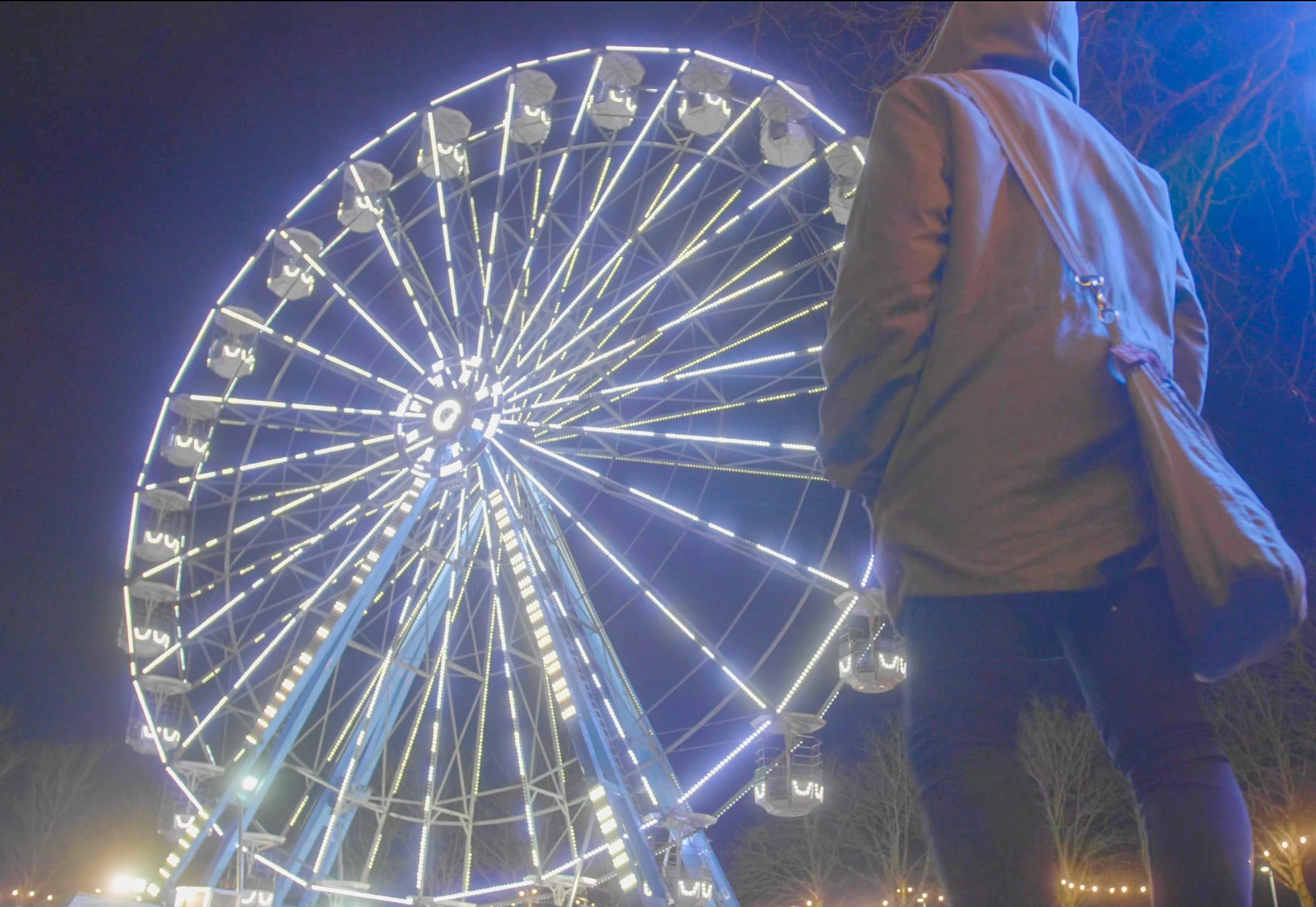 Bleeding Heart Pigeons new video pictured above is out now!

Behind the scenes of the filming of the video. Picture: Amy Brislane

Fresh Film is delighted to release a music video for ‘I don’t love you anymore’ by the Limerick band Bleeding Heart Pigeons on Wednesday, December 16. Fresh Film is an advocate for young filmmakers year-round and encourages young people to make films. The video was produced by young filmmakers, as part of a special workshop series funded by Limerick and Clare Education and Training Board | Creative Youth Partnership’s Creative Youth Residency and lead by creative producer Rachael Power.

The project entitled ‘Mark Us’ denoting a clapper board marking a scene, was devised in response to young people’s request to offer them access to experienced filmmakers and professional equipment. Over six weeks filmmakers and media professionals mentored the teenage filmmakers via a weekly zoom class in the creation of an atmospheric music video for ‘I don’t love you anymore’ a track on the ‘Stir’ album by Limerick based alt rock band Bleeding Heart Pigeons. The three-piece comprises Mícheál Keating, Cathal Histon and Brendan McInerney who do singing/guitar/synth/drums – often simultaneously.

The song choice inspired everyone from the start. Creative producer Rachael Power said, “‘I don’t love you anymore’ has a unique 80’s vibe with a modern twist that reaches across all generations”

Pete Moles of Fresh Film introduced the idea of storytelling for the music video and also guided the final edit stage. Once the concept was developed, local contemporary dancer Angie Smalis choreographed and performed in the video taking her direction from the young people noting that “They were very respectful and very patient”. Cian Rowley, one of the young filmmakers, remarked that “It was really interesting to work with such an experienced dancer.”

Dance Limerick’s stunning church in Johns square provided a special location for the shoot and Limerick city sparkles in footage captured at the iconic big wheel. Young Filmmaker Sarah Carey said, “I had a great time and got so much experience!” and another young filmmaker Maria Jablonska shared her thoughts saying, “it was an amazing opportunity!”

Fresh Film is funded by the Arts Council and offers a platform to thousands of young filmmakers and is interested in helping many more young people discover and develop their talents through film. Fresh shares masterclasses, in-school programmes, screenings, and workshops for young people aged 7-18. Fresh Film hosts the annual Fresh International Film Festival which incorporates Ireland’s Young Filmmaker of the Year Awards. Fresh Film organises the annual festival each March and selects Ireland’s Young Filmmaker of the Year from thousands of entries. Closing date for entries is Friday, January 22, 2021.