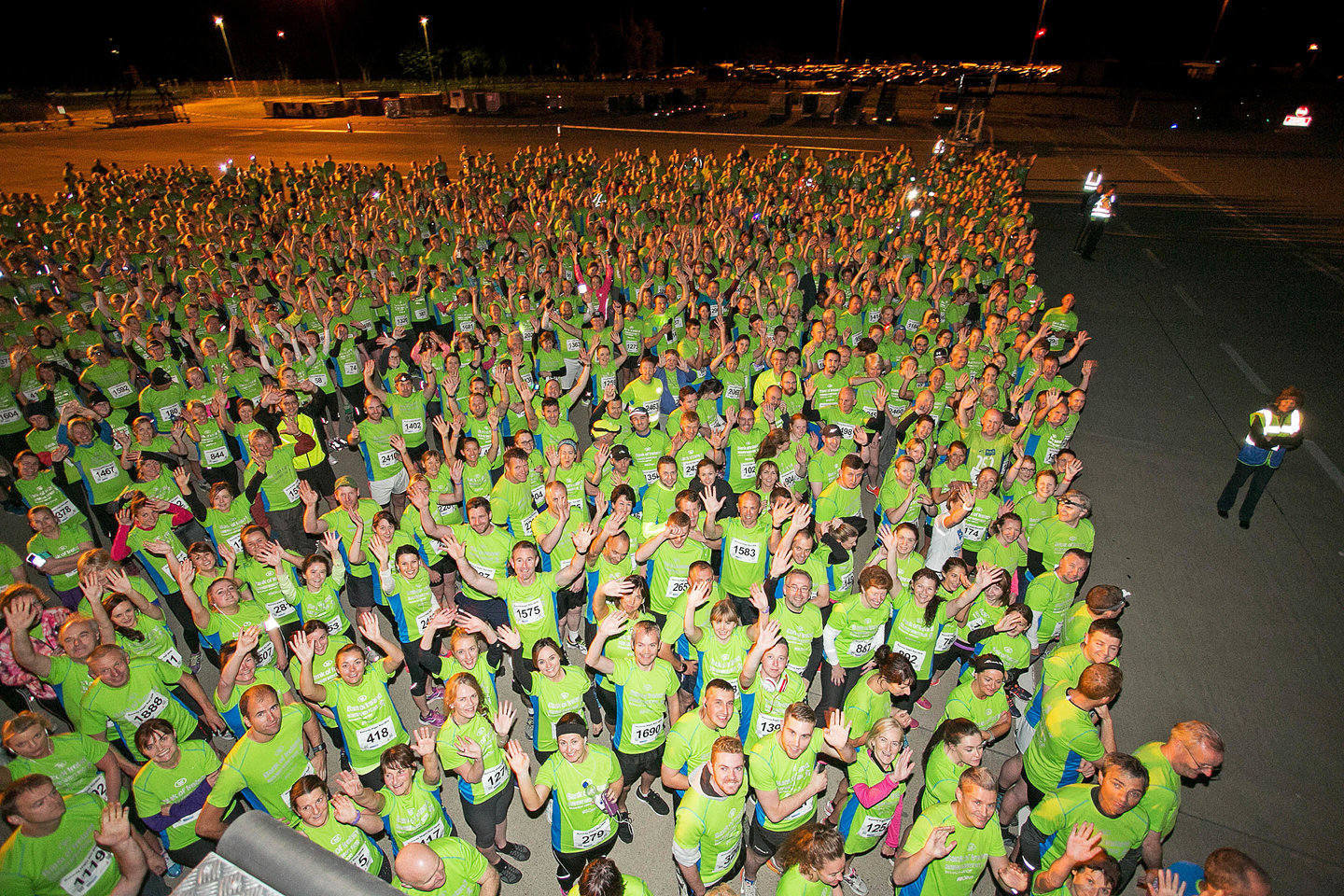 Pictured at the start line on the runway at Shannon Airport for the BOI Night Run. Pic Arthur Ellis.

Everest mountaineer John Burke will swap the world’s tallest peak for one of the most low-lying, level running circuits in the country on Friday night when he sounds the starting gun for the Bank of Ireland Night Run at Shannon Airport.

The 38 year-old who conquered Everest in May will return to the scene of his homecoming, Shannon, where he will be joined by his wife, actor and Dancing With the Stars finalist Aoibhín Garrihy and 2,000 others to lead out Ireland’s favourite and first airport mass participation event, the BOI Night Run.

Pictured arriving home to Shannon Airport to a heroes welcome is John Burke with his wife Aoibhin. Pic Arthur Ellis.

Hundreds gathered one month ago this week at the airport when the Managing Director of the family owned Armada Hotel in Spanish Point landed at Shannon on his return from Everest and the hotelier says now he’s looking forward to being back at the airport to start the BOI Night Run on Friday night.

John said:  “I’ll never forget coming home to Shannon last month; I expected a handful of people but I was blown away by the response.  The airport made me feel so special that when they asked if I would like to sound the gun to start the Bank of Ireland Night Run, I didn’t hesitate.

“It will be my first time at the event but I know plenty of people who participated over the last few years and by all accounts it’s a great atmosphere, a real fun-run.  I can understand the attraction as it’s not your everyday course so I’m really looking forward to it.”

As for his running partner and wife Aoibhín, John said that she will not be holding back.  “Put it this way, she’s a strong competitor and I wouldn’t be betting on getting in ahead of her.  But it will be great fun and I’m really looking forward to the night and meeting so many people as that’s what it seems; a great community night.”

Said Shannon Airport Managing Director Andrew Murphy, “John is an inspirational figure and has a great story.  He has a powerful message about encouraging people to be who they want to be, believe in themselves and that anything can be achieved.  He’ll be addressing the participants as part of the warm-up so that’s something to look forward to also.”

An estimated 2,000 participants of all grades and ages will gather for the fourth annual BOI Night Run that remains the largest of its kind at an Irish airport and will raise vital funds for two worthy charities, Cahercalla Community Hospital & Hospice, and Home Share Clare.

This year the event will take on a new route where John Burke will kick off by sounding the start-gun. The new route wraps itself around the airport – both landside and airside – ahead of a grandstand finish outside the airport terminal.  The event is expected to be fully booked but some places are still available, though the public is urged to book immediately to avoid disappointment.

or on eventmaster by clicking here

Join the fun at the BeSPOKE Bike Festival 2017 this week!