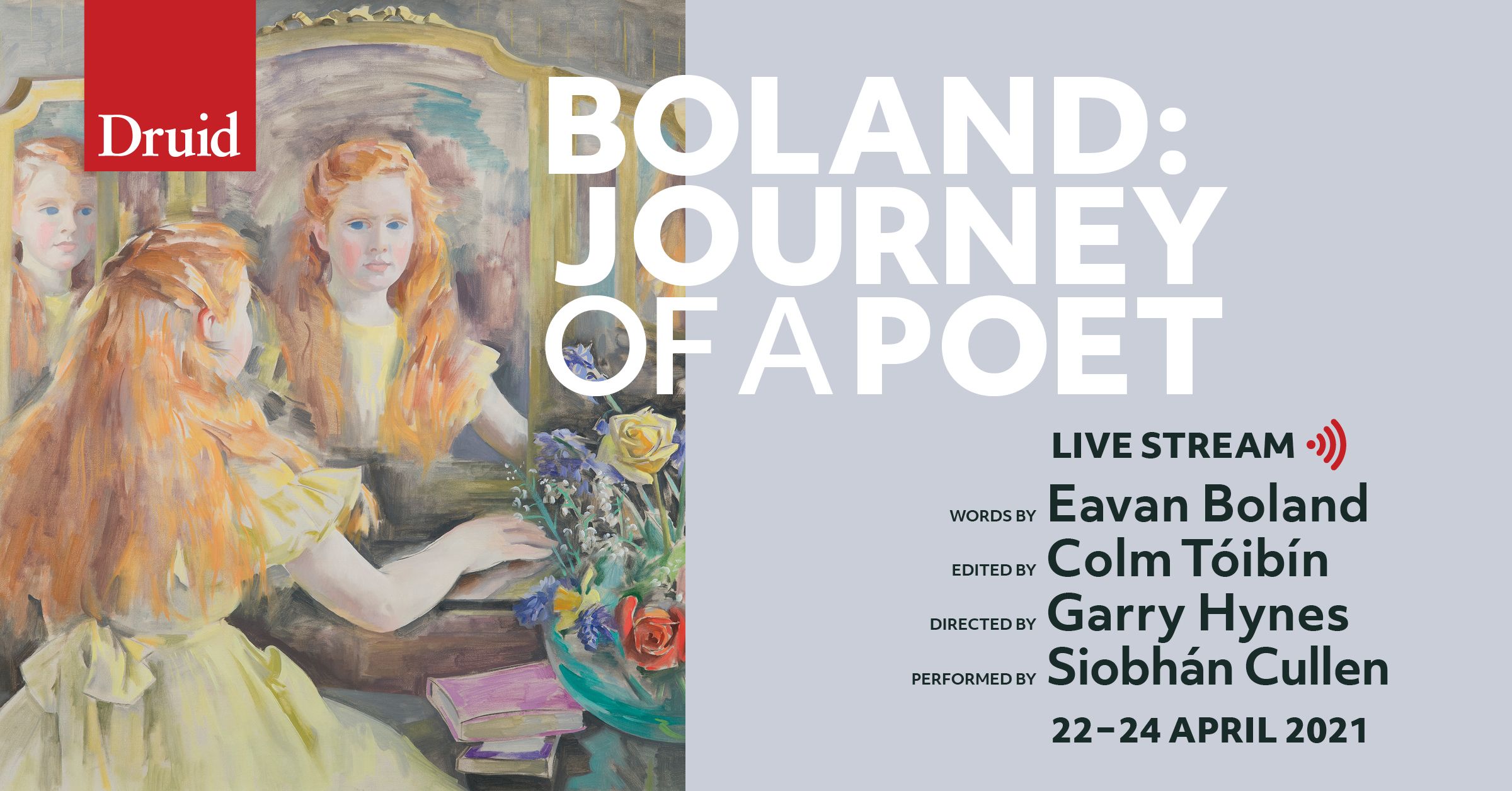 Boland Journey of a Poet presented by Druid Theatre in partnership with Lime Tree Theatre will be live streamed Thursday 22nd April to Saturday 24th April.

The event will be live streamed from The Mick Lally Theatre, Galway Thursday 22nd April to Saturday 24th April.

‘If there was a narrative to my life in those years, then let this be the sound of it.’

With words by Eavan Boland, edited by Colm Tóibín and directed by Garry Hynes, Boland: Journey of a Poet is a new theatrical production exploring the mind and imagination of one of Ireland’s great poets.

Also, inspired by Eavan Boland’s mother, the expressionist painter Frances Kelly, Boland: Journey of a Poet will feature the Irish artist Debbie Chapman live on stage who will create a piece of art in response to the production.

Boland: Journey of a Poet is the latest in the Druid at Home series of online theatre. Previously, Druid presented the world premiere of Sonya Kelly’s Once Upon a Bridge and an encore screening of their 2020 production of The Cherry Orchard.

How to Book and Watch

There will be four live stream performances of Boland: Journey of a Poet from The Mick Lally Theatre in Galway between Thursday 22 and Saturday 24 April.

A performance recording will then be available to view on demand between Tuesday 27 April and Sunday 2 May.

Purchasing an on-demand ticket allows you to view the performance on one device in your own time from Tuesday 27 February 2021 at 10am GMT until Sunday 2 May at 11pm GMT.

For more information and to buy tickets on this go HERE