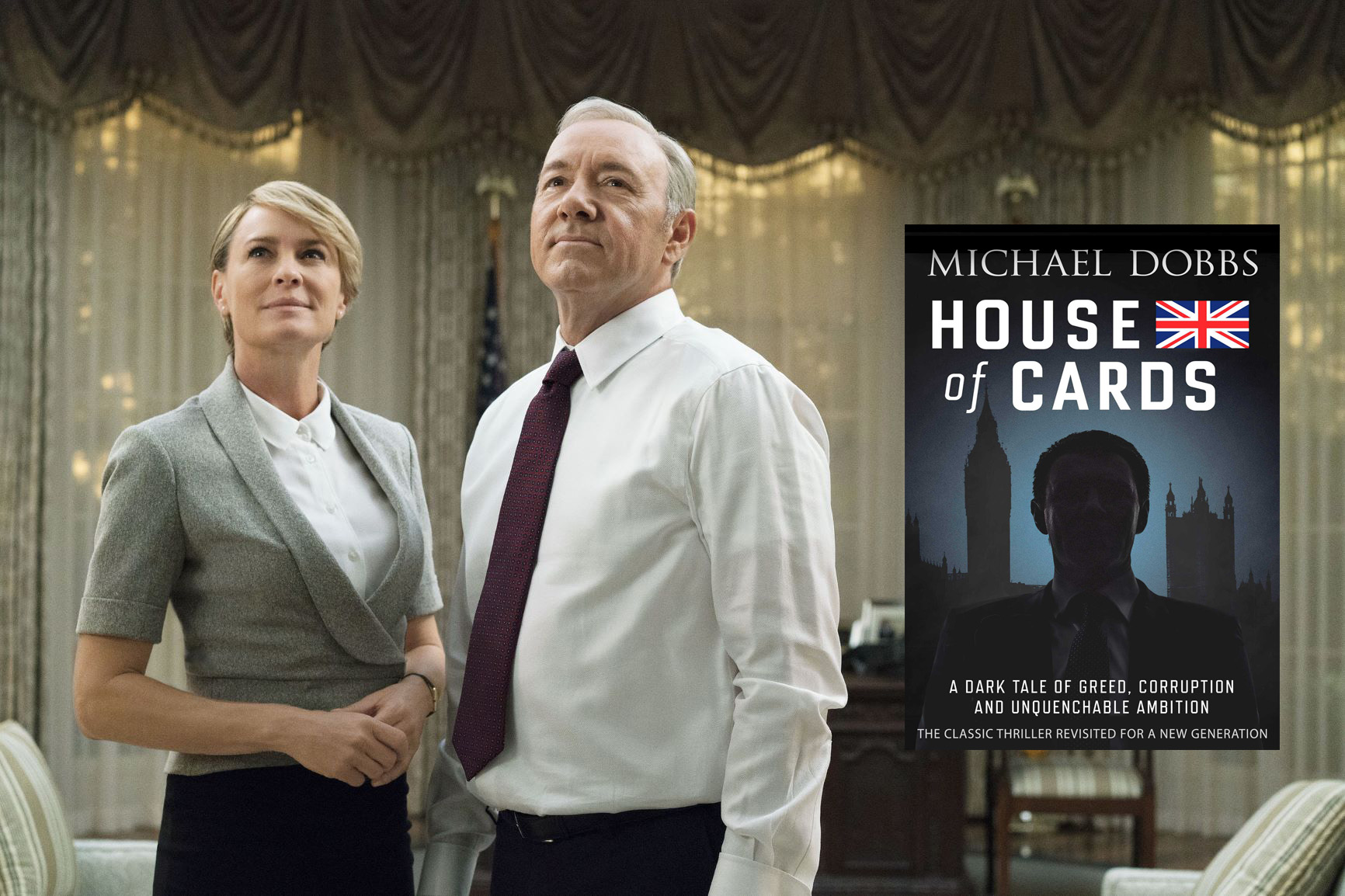 Politics is a game played all over the world, and House of Cards not only is a political thriller novel that revels dramatics nuances of the British Parliament but it is the basis of the greatly admired American TV Series stared for Kevin Spacey and Robin Wright, released in 2013 and adapted from the British plot to the unprincipled politics scheme of the White House, in Washington D.C.

The book is written by the British author Michael Dobbs and was published in 1989. The writing is more about verbs of actions than descriptive nouns. What does not mean the plot is weak and I would say that House of Cards is one of the most controversial and intriguing political novels from the late ’80s. Especially because before he launches his novel, Michael Dobbs was working in London for more than one decade as an advisor to Margaret Thatcher, a British stateswoman and leader of the Conservative Party during the 70s and 80s. Also, Dobbs served as a Government Special Advisor and was the Conservative Party Chief of Staff for one year, from 1986 to 1987.

F.U. is the initials of the main character, Francis Urquhart, who is a fictional Chief Whip (the British term used for a special adviser or a chief of staff) of the British Conservative Party. The plot begins following the resignation of Prime Minister Margaret Thatcher, and the ruling Conservative Party is about to elect a new leader.

Francis spares no efforts in helping the well-meaning but politically weak candidate Henry Collingridge, who he secretly supports expecting a promotion to a senior position in the Cabinet. After the general election, which the party wins, Urquhart submits a memorandum to Collingridge suggesting an important position for Urquhart himself. However, the new Prime Minister believes that changes could bring the party’s popularity down and decides to make no changes at all. So, no sooner had Collingridge started his term than Urquhart decided to oust him.

This is only the first move of his amoral and manipulative quest for power. During all the book Francis Urquhart will stop at nothing to become Prime Minister of UK, getting rid of his potential opponents in any way possible, orchestrating and fabricating differents scandals for them to fall. These include causing an accident where the Health Secretary, Peter MacKenzie, runs over a disabled man; threatening to publish photographs of the Education Secretary, Harold Earle, in the company of a rent boy; and many others. But the most machiavellian politics act of Urquhart is the murder of the party’s drug-addicted public relations agent, Roger O’Neill, whom he forced helping him to remove Collingridge from office. Urquhart invites O’Neill to his country house, gets him drunk, and puts rat poison in his cocaine.

The turning point of the book is when Mattie Storin, a young reporter for The Daily Telegraph who Urquhart is used to leaking information in order to conduct the press in favor of his secret plans to eliminate his supposed enemies, starts suspecting that something is intriguingly wrong and decides to follow his moves.

The style of the book is intense and readers who are less familiar with the peculiar traditions of the British parliamentary system may find some aspects of the book confusing. Overall, I would say that ‘House of Cards’ is essential reading for those who are particularly interested in Machiavellian politics.