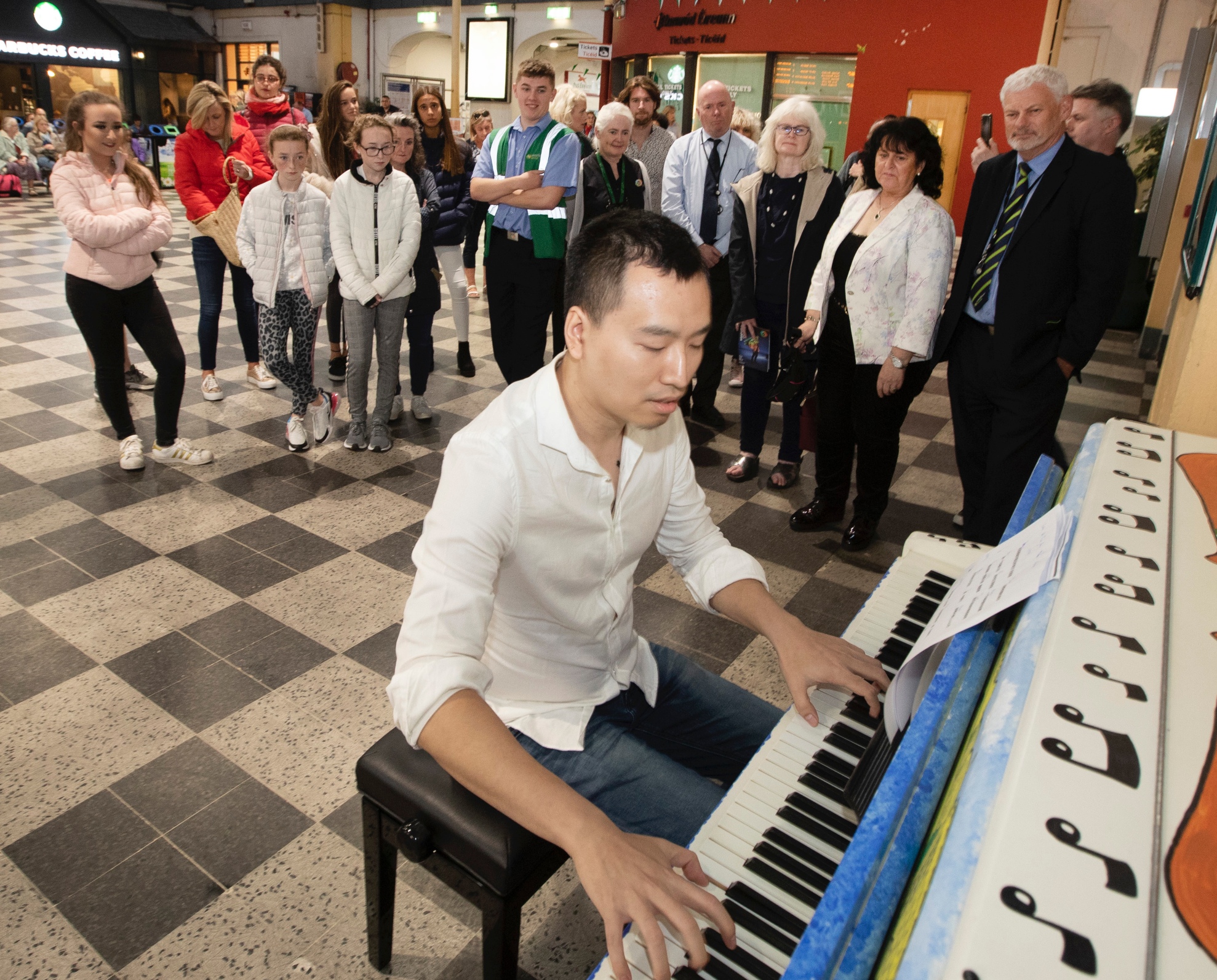 Jinfu Huang and Caoimhe Ryan, students of the Irish World Academy of Music were at Colbert Station last Friday as part of Culture Night to launch Iarnród Éireann’s newest permanent piano.
The Limerick piano is the sixth public piano to be installed at Ianród Éireann Stations. Pianos have already been installed at Pearse, Heuston, Connolly, Waterford and Cork. They have all brought delight to those waiting at the stations.
Cartoon artist Rob Stears, was commissioned to illustrate the Limerick piano. The piano features an illustration of the River Shannon as it passes through the city and also features images of famous Limerick people from the world of sport and culture. Including; Paul O’Connell, The Cranberries, Blindboy Boat Club & President Michael D. Higgins with his beloved dogs, Bród & Shadow.
Speaking at the installation John Murphy, Piano Tuning & Repair said, “The Limerick piano is the sixth public piano that I have worked with Iarnród Éireann on and I am thrilled that so many people are getting to play the piano in a public place and provide entertainment to the many thousands of passengers that pass through the stations every day”

With compliments. Over the weekend Iarnród Éireann launched Permanent Piano at Colbert Station, Limerick where musicians from the World Music Academy played. Also some arriving train passengers and visitors to the station took an opportunity to play including Lloyd John O’Dea(19) from Caherconlish.
Photograph Liam Burke/Press 22

Philip Conway, Station Manager of Limerick said, “Myself and my team here in Limerick are so looking forward to hearing lots of musicians give us a tune here at the station and I’m sure it will contribute greatly to the atmosphere for everyone who passes through”
Rob Stears studied animation at Ballyfermot Senior College, but found that his interests lay in animation. He has a range of greeting cards & prints for sale in shops around Ireland and in Canada. His illustrations have also featured in advertising and TV and he has illustrated books for Hachette Ireland.