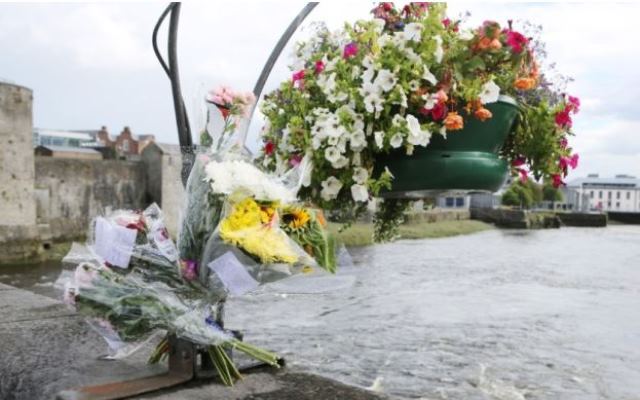 A candlelit vigil is to take place at Thomond Bridge this coming Saturday September 5 in memory of 36 year old TJ Herlihy, from Castleisland, and 29-year-old Bryan Whelan from O’Brien’s Bridge.

Both men drowned when the cage like structure they were working in, which was suspended from the bridge, snapped free from its cable and plunged into the water.

The men were unable to free themselves, while a third man, 36 year old Paul Murphy from Askeaton, freed his harness and escaped.

It has emerged that Mr Herlihy had just started work with the contracting company, Irish Bridge, on Saturday.

The company, which specialises in bridge repair work, was tasked by City and County Council to conduct the works, which began last Monday week. It described the incident as a “terrible tragedy” and “heartbreaking”.

TJ had just moved back from Sweden, where he lived with his partner Tessa and children Conor and Katie. The Castleisland man was a member of a local trade union and his brother, Michael, said his loss was “heartbreaking”.

Mr Herlihy is to be laid to rest in Kilbanivane Cemetery, Castleisland, on Friday morning.

Mr Whelan’s funeral mass is due to take place on Tuesday September 1, in Kilbane Church. His family described him as a “true gentleman who would drop everything at a moment’s notice should you need him”.

The workers were harnessed into the cage – as is a requirement under regulations – and were also wearing life jackets. The trio were plunged into the water when the cable holding the cage snapped. Mr Herlihy and Mr Whelan were unable to free themselves, while Mr Murphy managed to escape and raise the alarm.

The candlelit vigil will take place at 8.30pm this Saturday at the bridge.