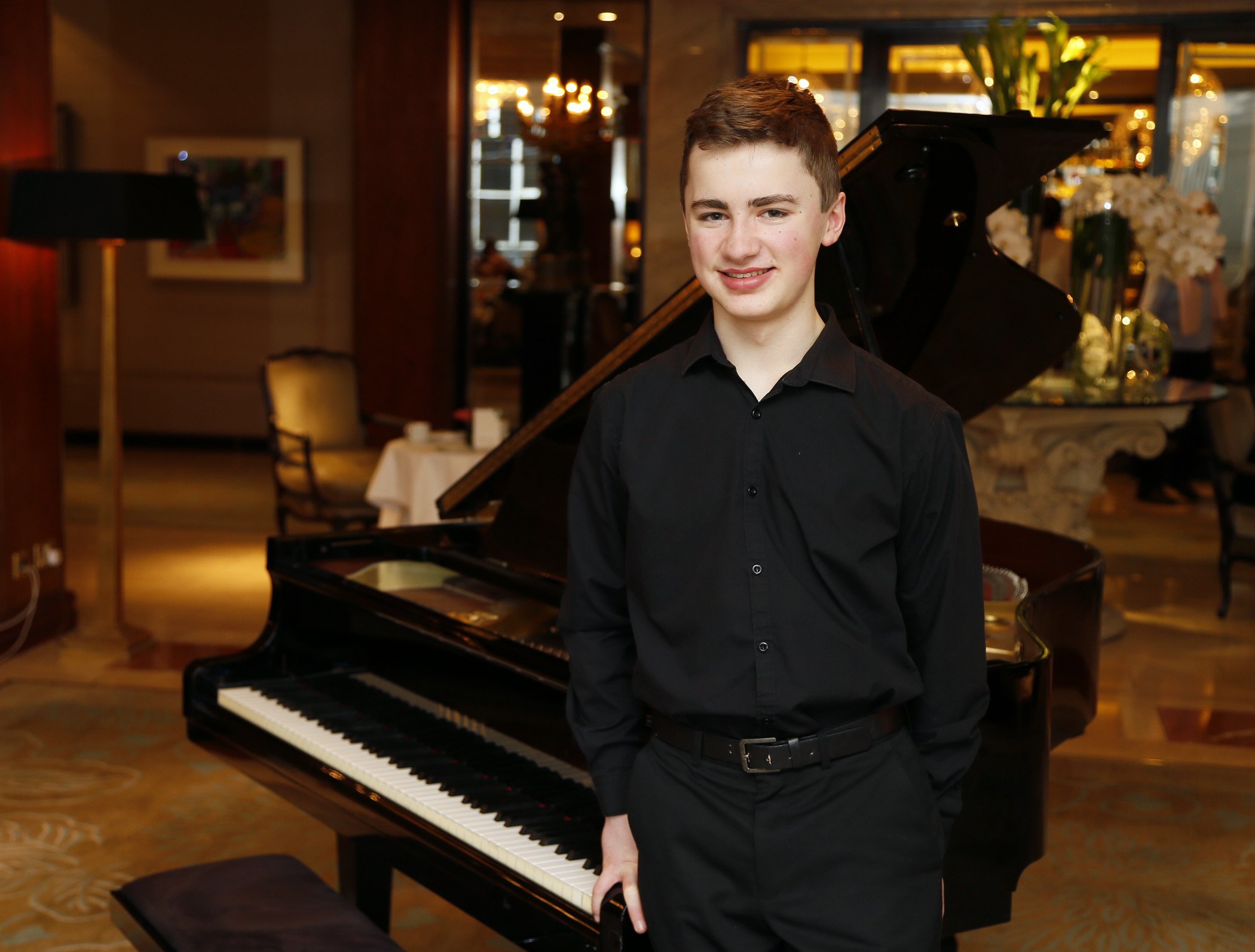 The first concert in this year’s Castleconnell Autumn Concert Series 2020 online is available from Tuesday, November 3rd at 8 pm.

It features pianist Kevin Jansson, who is emerging as one of the finest musicians of his generation.

This is the 15th year of the Castleconnell Concert Series, which traditionally would see All Saints Church in the village packed with music lovers attending the concerts. However this year due to Covid-19, it is not possible to allow crowds to gather, so organisers have decided to put the series online.

Although people can now enjoy the events from the comfort of their own homes, the series very much follows its usual format.

Each concert will be introduced by Liz Nolan of RTÉ Lyric FM and will be broadcast from the beautiful surroundings of All Saints Church, Castleconnell and it can be viewed at 8 pm HERE

Born in 2000, Kevin Jansson is emerging as one of the finest musicians of his generation. Having received six international 1st prizes, most recently at the 2018 Jeune Chopin Competition in Switzerland, he released his debut solo piano CD with Claves Records in 2017. He received thirteen 1st prizes at Feis Ceoil in 2015, 2017 and 2019 and most recently received the RDS Music Bursary Award.

Having made his recital debut at twelve, his concerto debut at thirteen and his debut at Carnegie Hall’s Weill Hall in 2017, Kevin has also performed extensively throughout Europe, most recently in an all-Chopin tour of Poland. He is currently pursuing his undergraduate degree with Yoheved Kaplinsky and Julian Martin at the Juilliard School, where he is a recipient of both the Rose Piano Fellowship and the Artzt Piano Scholarship. His programme will begin with Franz Schubert’s Sonata in A Minor D. 845 and will finish with Robert Schumann’s Fantasie in C Major op. 17.

The other concerts in the series are:

Niall Kinsella pictured above is an Irish pianist who will be playing at the Castleconnell Concert on Tuesday, November 10

Irish pianist Niall Kinsella is fast establishing himself as one of the most exciting accompanists of his generation. Niall studied at the University of Music and Performing Arts, Vienna and at the Royal Irish Academy of Music, Dublin. He completed his studies in song-accompaniment at the Franz-Schubert-Institut, Baden, Austria, and the Mozarteum University, Salzburg. Niall has performed extensively as an accompanist throughout Europe in venues such as Vienna Musikverein & Konzerthaus, Mozarthaus Vienna, St. Martin-in-the-Fields, London, The Liszt Academy, Budapest, and regularly at Dublin’s National Concert Hall.

One of Ireland’s most accomplished tenors, Eamonn Mulhall studied Music and French at UCD before continuing his singing studies at the Royal College of Music and the National Opera Studio in London. A frequent soloist in concert, Eamonn’s repertoire spans from Bach’s Matthäus-Passion, through Mendelssohn’s Elijah to Britten’s St. Nicholas. As a committed recitalist, Eamonn has given song recitals in Wexford; St Martin-in-the-Fields, London; Scotland and Belgium. He has broadcast live on BBC Radio3 and RTÉ LyricFM.

The Esposito Quartet comprises of four of our most distinguished musicians with a combined wealth of experience as recital artists, orchestral leaders and teachers, who have been playing as a quartet since 2010. Their national tour this autumn forms part of the National String Quartet Foundation’s Beethoven 250 celebrations. The Quartet’s name honours Michele Esposito, pianist and composer, who for forty years from 1888 was the initiator for much of the chamber music making in Dublin through the establishment of The Royal Dublin Society concert series. The four members of the quartet are Mia Cooper and Anna Cashell both on Violin, Joachim Roewer, Viola and William Butt on Cello. They will be playing Beethoven Quartet in A minor Op.132 and Quartet in E minor Op.59 No.2

The Castleconnell Autumn Concert Series 2020 is presented by Limerick City and County Council Culture and Arts Office, in partnership with Love Castleconnell and supported by the Arts Council of Ireland and Creative Ireland.