By Richard Lynch on February 10, 2017@richanthon

Christian Moretti who turned 33 yesterday, Thursday, February 9, is Mr Gay Limerick and is a strong contestant in the running for Mr Gay Ireland.  Tonight, Friday, February 10 at 9 pm Christian is holding a fundraiser at Strokers, The Mr Gay Limerick Big Bingo Night in aid of St James’ Hospital. 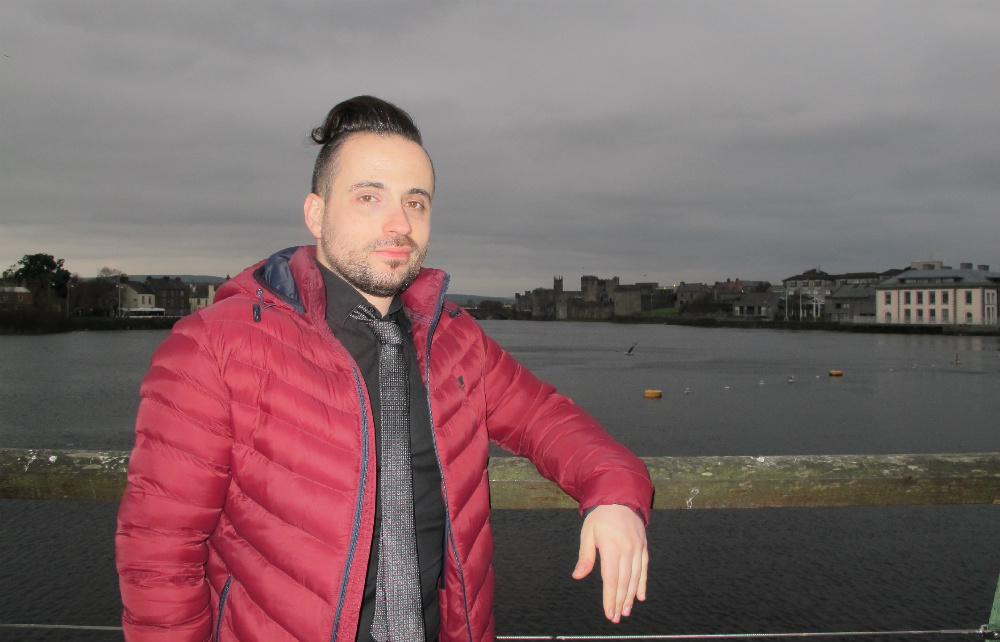 Christian is an Italian native who moved to Ireland 7 years ago. Christian is currently a secondary school Italian, Spanish and SPHE teacher at Colaiste Ciaran in Croom as well as a writer. Christian works with young people daily and realises his influence on not only them but also the community. He is also actively involved with Pieta House and strongly believes in promoting positive mental health and suicide prevention which is an ongoing campaign in Limerick.

With the upcoming Mr Gay Ireland finals on March 4, I met with Christian for a Christian Moretti Mr Gay Limerick Interview in the comfortable and easy-going setting of Chez le Fab to ask Christian few questions about his personal life and what this title might mean to him.

Katie: “Can we start with you telling me a little about your background?”

Christian seemed very easy going and relaxed from the start, so I felt I could ask something more personal to begin with. I felt I wanted to get to know Christian more and understand his background and how his personal experiences brought him to where he is today. I wanted to know more about ‘coming out’ and what it was like for Christian. Many people of all ages today struggle with this and find it difficult to tell friends, family and especially parents about their sexuality.

Katie: “Did you have a ‘Coming Out’ Experience? When did you first come out and what was it like?”

Katie: “You’ve been a member of Limerick’s gay community for a while now, how has your experience with the community been?”

Christian: “It’s a very positive community. Everyone’s very supportive of each other. We are just like a big family, we all know each other. We have a great time with each other too and we’re all there for each other for whatever they need from organising events to advice and things like that. It’s an amazing community and it’s great to be a part of something like that.” 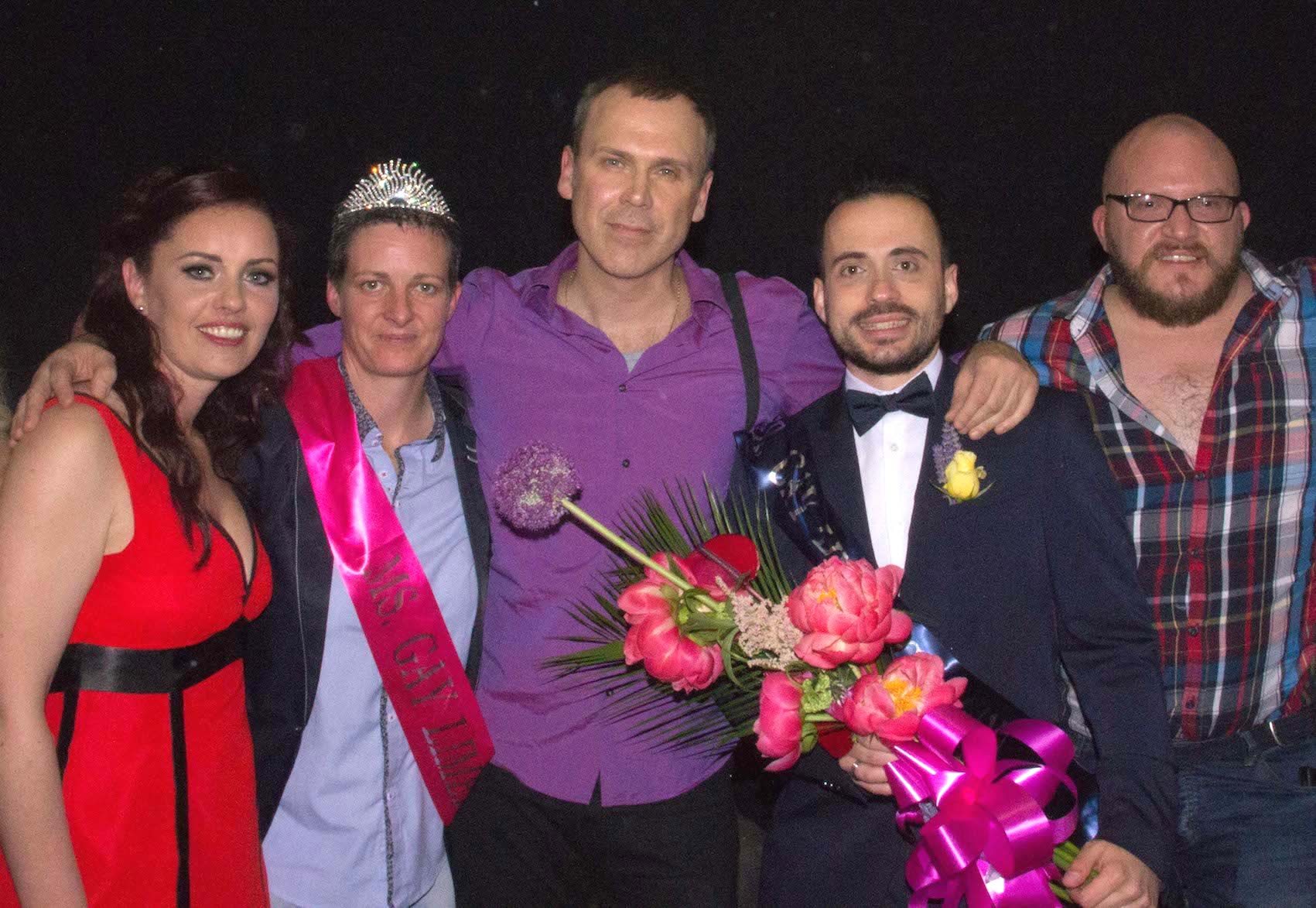 With Christians position in the public eye as Mr Gay Ireland, I felt his experience would be a reassurance for those struggling with telling people or parents about their own sexuality. On July 2, 2016, Christian was announced Mr Gay Limerick and I wanted to know what had motivated him to go for this title and his reaction was after hearing he had won.

Katie: “What was it that motivated you to go for the title of Mr Gay Limerick?”

Christian: “You don’t really see many teachers going for or applying for things like this, not even for Mr Gay Limerick but for Mr. or Ms Limerick. People have this misconception that, if you have nothing else to do you just apply for it. I just wanted to show people that it can be a teacher, that you can do both and still give back to the community and to Limerick. I wanted to set an example”

Katie: “What was your reaction to being announced Mr Gay Limerick?”

Christian: “I was very surprised, I wasn’t expecting that. I was extremely happy, and I really wasn’t expecting it but I thought, there was a lot I wanted to do now that I had that title. I want to do as much as I can for the community and for Limerick. I was honoured”

Katie: “Now that you are competing for Mr Gay Ireland, have your motivations changed?”

Christian: “Well, when I applied for Mr Gay Limerick, I never thought I’d be in this position going for Mr Gay Ireland. I never thought I’d have what it takes but as the months went on I just realised how much I had grown up. Since becoming Mr Gay Limerick in July I’ve done so much and met so many people. I’ve been involved with a lot of charities and events and that made me realise I could do this. Obviously, it’s a much bigger step and there’s huge competition but Mr Gay Ireland isn’t just a beauty competition and showing off muscles. Mr Gay Ireland is about what you can do for the whole community.”

Katie: “With Mr Gay Ireland competition coming up, do you have any goals you’d like to achieve while being in the public eye?”

Christian: “Of course there’s the fundraising for St. James’ Hospital for the clinic. With my position, my main goal would be to create awareness through education. I’m a teacher, that’s what I do in life. I really would like to fight any sort of discrimination from homophobia to racism to sexism and bullying. Even within the LGBT community, there’s an awful lot of discrimination there too, like people being discriminated against because they’re HIV positive or because of their skin colour. That shouldn’t be happening in any society. I really just want to engage in a discussion with young people and institutions as well. There isn’t really any set laws on paper about this. For example, all schools have anti-bullying policies but to what extent is that actually applied?”

Katie: “If you were to win Mr Gay Ireland, what would it mean to you?”

Christian: *laughs* “I can’t even think about that now! Not being Irish and winning Mr Gay Limerick was such a big step! I came to Ireland about 7 years ago and if I were to win Mr Gay Ireland it would be unbelievable. I think I’d definitely be very happy. I think it would definitely push me to do more. At the moment I’m just concentrating on Limerick and this area really but I would love to do something for the LGBT community nationally, that would be nice.”