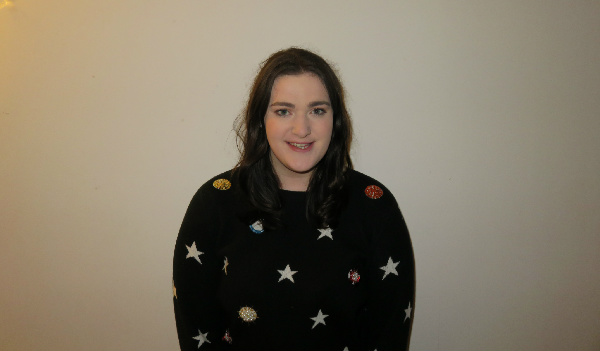 The Clodagh McEniry Youtube Channel is as real as it gets. The twenty-one-year-old student is studying New Media and English at the University of Limerick (UL) and is yet another one of Limerick’s citizens to join the YouTube scene.

Clodagh spoke about starting her YouTube channel “I’ve always liked the idea of starting a youtube channel, but the idea really came from friends saying it to me and  from me watching Youtube videos and thinking ‘I could do this’.”

While relatively new to YouTube, the Clodagh McEniry YouTube Channel is a small channel already has a high content with video’s varying from vlogs and lifestyle videos to tags and challenges. She is a regular uploader and also gives a positive insight to the life of a UL student. She has vlogged student nights out such as Freshers week and creates student advice videos such as “What College Is Really Like”. Clodagh’s positive outlook on student life is uplifting yet realistic. The Clodagh MacEniry YouTube Channel documents her life as a student through her YouTube channel and offers a true insight into what being a student at UL is really like.

Clodagh, originally from Ballyporeen in Tipperary and currently living in Limerick, spoke about her transition from a small village to a big city. After spending a year studying in Waterford, after deciding it wasn’t the right course for her, Clodagh moved to limerick and changed courses to pursue New Media and English and has since fallen in love with the city and UL. Clodagh spoke about being a student in UL with genuine enthusiasm and admiration for the university.

She spoke about her positive experience with UL stating “I had previously been going to college in Waterford and in comparison I adore Limerick, I love UL. I went to UL thinking all colleges were the same, but they’re genuinely not. Every time I walk past the UL flagpoles it feels like I’m coming home.”

Clodagh carried on to speak about the people of limerick and the students attending UL commenting “There aren’t really any cliques in UL, There’s someplace for everyone in UL. It’s just so inclusive!”

The Clodagh McEniry channel is upbeat and filled with “positive vibes”. This personal channel if full of entertaining and funny videos but Clodagh also deals with real life issues that she and many other students struggle with such as stress and anxiety. These videos offer a genuine insight into Clodagh’s life and student life in general.

With having such an open and genuine channel, Clodagh spoke about what it was like putting her daily life onto the internet was like. She stated “My Mam was the one asking ‘are you sure you want to put your life on the internet?’. I wasn’t worried at the start because it was only my friends watching me. It’s only now I’m starting to get random people telling me they watch my videos.”

She added “I’ve always been my own person. I just want to show the world that I am not a normal person but I am regular. I think its good for people to see regular people on YouTube. I want people to see a real person, the real me. My videos are essentially home videos, except they’re shared everywhere”

Clodagh is as genuine with her viewers as she is with her friends and family. Her channel documents the realities of a UL student’s life and doesn’t hold back on the details. This up-and-coming Youtuber is one to watch!