Michelle Grimes single ‘I love it’ is pictured being performed in Dolan’s for Limerick Pride.

‘I love it’ is the latest single from upcoming Limerick artists, Michelle Grimes, and Tino Rondz.

‘I love it’: This fun catchy club beat was originally written by Tino who got in touch with Michelle to add the female vocals he felt were needed to make this song a hit.

Michelle first made her debut to the public back in 2015 when she was signed to the London girl band ‘Office Girls’ after her mother encouraging her to send in an audition tape despite being past the submission deadline.

Luckily for Michelle, it was a success and she was instantly signed and flown to London the next week. In 2016, the band starred in The X-Factor, making it to the boot camp stage. In the years to follow, Michelle’s success has only grown further.

Michelle’s performance of Gaga’s, ‘A Million Reasons Why’ on Ireland’s Got Talent back in 2018 got her four yes’s from judges, Louis Walsh, Michelle Visage, Denise Van Outen and Jason Byrne, and brought some audience members to tears.

Most recently, Michelle was asked to perform for the U.S presidential office when they were here for their visit to Ireland. She sang ‘Dreams’ by The Cranberries to represent Limerick. 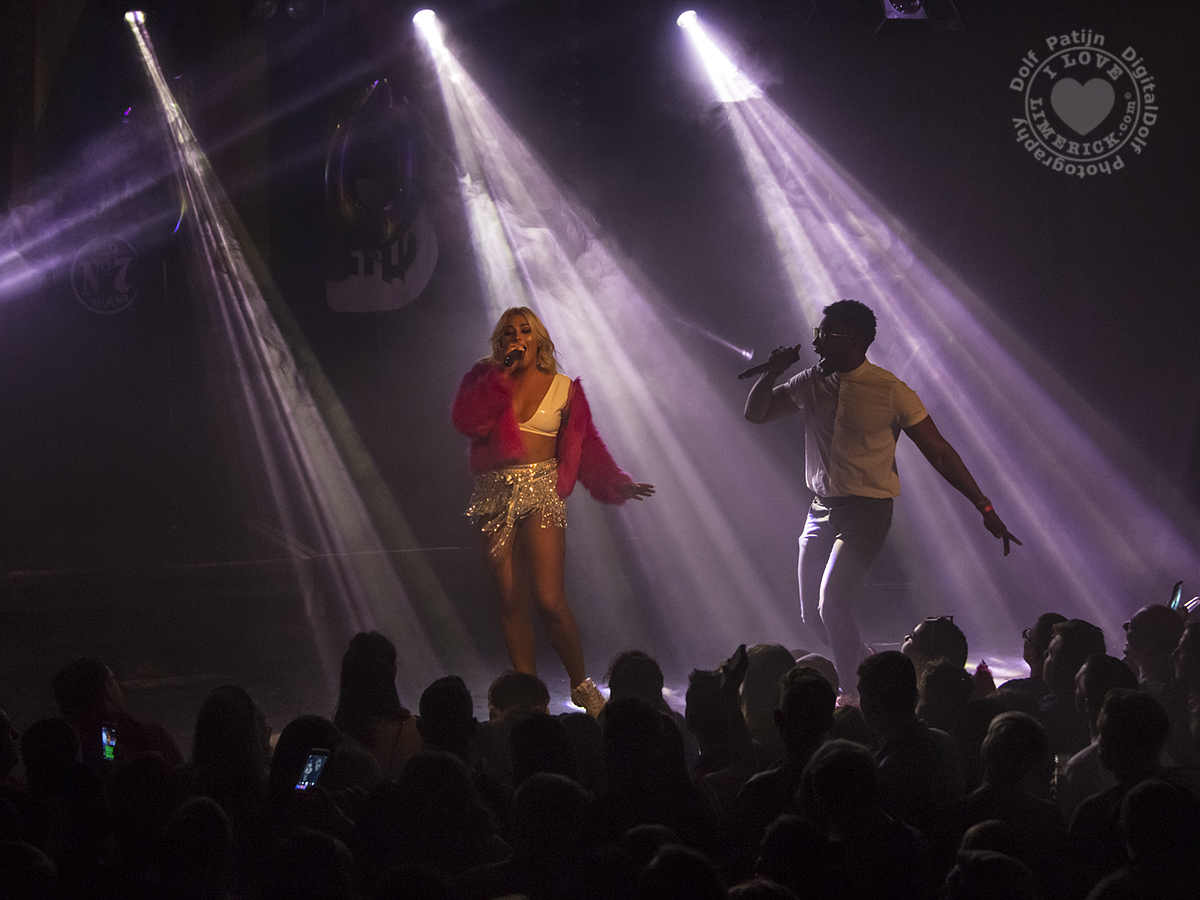 ‘I love it’: Pictured by Dolf Patijn/ilovelimerick at Limerick Pride.

“I feel like my style is old-school 00’s R and B with a current pop twist. I love harmonies so in that sense some of my stuff is like if Khalid, Ariana Grande and Toni Braxton mixed all their styles into one. My stuff lies somewhere in between. Some of my songs are really deep and others are more light and fun, I could be just feeling sassy so I sit down at the piano and started writing! I am a girl’s girl and a feminist. Some of my songs are about heart-break and others are like you are a strong independent woman and do not need a man! I cannot wait to start recording”.

Growing up, Michelle always had a natural flair for music and singing so it wasn’t surprising when she decided to study ‘Voice and Dance’ in The Univerity of Limerick (UL) and pursue a career in singing.

“My Grandad paid for piano lessons when I was five, and I think my Mam and Dad thought I would play it for a few months, but they couldn’t stop me, I was addicted, and I was singing all the time.”

‘I love it’ is out now and was recently added to Spotify Radar and Discover Weekly.