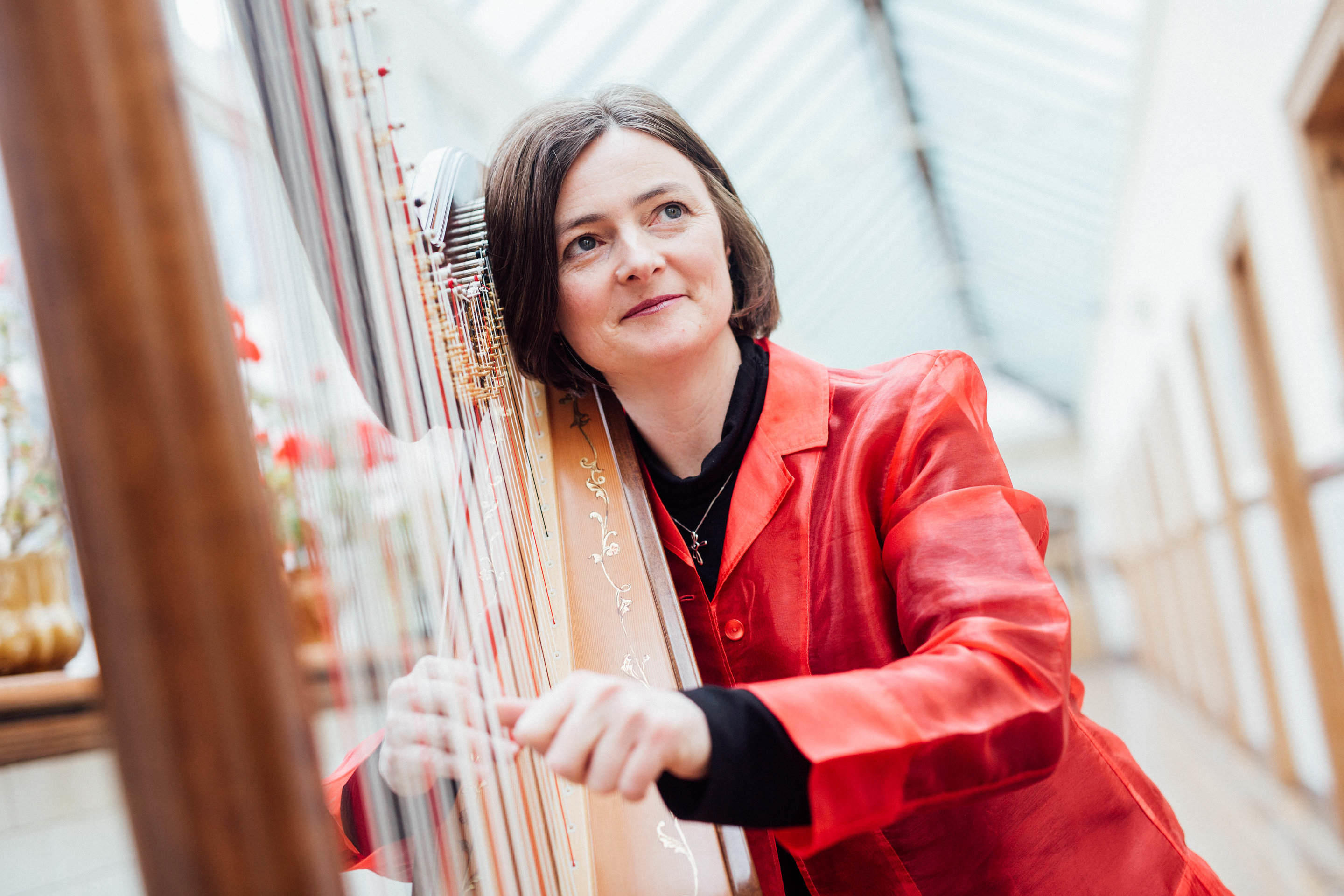 Composer in Residence enhanced the artistic, aesthetic and educational culture of MIC

Multi-award winning artist, Anne-Marie O’Farrell, enhanced the artistic, aesthetic and educational culture of MIC over the past three years during her tenure as Composer in Residence at Mary Immaculate College

Hosted by the Department of Arts Education and Physical Education (AEPE) at MIC in conjunction with the Lime Tree Theatre (LTT) and jointly funded by the Arts Council and MIC, the primary purpose of the residency programme was to enliven the musical culture of the MIC campus, and to allow practicing artists to feed into the educational programmes and work of the institution. The residency had a strong educational emphasis from the outset and as a result, Anne-Marie was able to connect with students as well as with the wider MIC staff community through engagement with the MIC Choral Society and MIC Community Choir.

The residency, however, according to Professor Teresa O’Doherty, Dean of Education, MIC, extended beyond the wider MIC student and staff community, to local and national musicians, primary school teachers and pupils, families interested in composition workshops, and audiences of the Lime Tree Theatre. “As the composer in residence, Anne Marie has enriched the college community.  This residency has been far-reaching in its contact with students, children, and wider audiences both within the college and beyond its boundaries, with music from the residence having been performed not only here in the college but around Ireland, UK, Germany, Australia and the United States thereby illustrating the reach and impact of artists in educational settings”

“I would like to thank the Arts Council for their continued support of such projects which enliven the culture of the MIC campus, and allow practising artists to feed into the educational programmes and work of the institution,” she said.

One of the most significant impacts of the residency, according to Dr Gwen Moore, Director of Teaching & Learning and lecturer in Music Education has been the influence on primary teaching students around the notion of what it means to ‘compose’ music. Dr Moore told of how Anne-Marie worked closely with students on demystifying the process of composition, working on drafts of their compositions. Of particular significance were two pieces written by primary teaching students which were sung by St Nessan’s Primary School Choir and conducted by their teacher at a concert in MIC Chapel.  Recalling the experience one of the students, Marese O’Connell, spoke of the “unbelievably proud feeling to hear and see the choir perform something” that she composed. This, according to Dr Moore, is an example of the ripple effect and benefit of having an artist, and this case, a composer, in residence working in initial teacher education. “Anne-Marie has enhanced and enriched the artistic, aesthetic, and educational culture of MIC” stated Dr Moore.

Louse Donlon, Director of the Lime Tree Theatre based at MIC, explained that the residency allowed the theatre the opportunity to offer a great range of excellent music-based workshops in its programme for young as well as performances throughout the three years of the residency.  “As with the theatre AIR, this collaboration has allowed us to present high-quality work that is specifically designed for and targeted at children, which is a special focus of our programme. We have really enjoyed working with Anne-Marie, whose thoughtfulness, dedication and professionalism made working with her a joy” she said.

Reflecting on her residence Anne-Marie said “It has been a tremendous privilege to have been composer in residence within the educational context of Mary Immaculate College, because it was not only about writing music for professionals and having them perform, but it was about sowing seeds for artistic activity in the future, whether in the young audiences of the Lime Tree Theatre, the children who will be taught by MIC students after they graduate, or the students themselves”.

The Composer Artist-in-Residence project was funded by the Arts Council as part of the Council’s commitment to the provision of artists in residence in all colleges of education; a commitment outlined in the Arts in Education Charter (2012). Speaking on the residency Seóna Ní Bhriain, Head of Young People, Children and Education with the Arts Council said: “We were delighted to support Anne-Marie’s residency with Mary Immaculate College.  We are so pleased that over the past three years, the programme has extended beyond the college and into the local primary schools in the community. As graduates from the college embark on their teaching careers, we hope they are inspired to draw on their engagement with Anne-Marie and with her practice. We hope these new teachers will feel confident to inspire their students in composition and music-making and will consider hosting artists in their own classrooms and schools”.

The Arts Council have confirmed that MIC has been awarded a further 3 such Residencies which will be going to tender shortly.

Attendees on the evening, to mark the end of the residency, were treated to performances of original pieces composed by Anne Marie as part of the residency, including   Rosc Catha an Choláiste, Attétude,  Mairseáil Luimní and the Cap and Gown Jig, the last two being written for and performed at MIC’s conferring ceremonies. Performing on the evening with Composer in Residence Anne Marie were Eoin Hynes, tenor, Matt Berrill, clarinet and student Rebecca McCarthy Kent on the fiddle.

Final performances of Anne-Marie’s compositions from her residency will take place on 6th and 7th May by the University of Limerick Orchestra conducted by Liam Daly and in early June by the Limerick children’s choir Cantette conducted by Máire Keary-Scanlon.