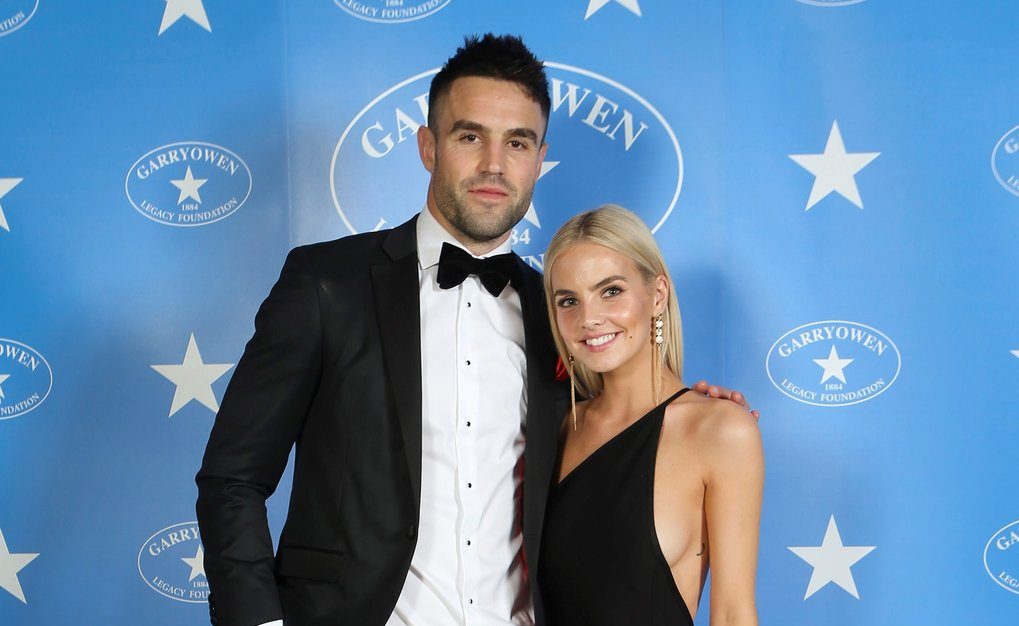 Conor Murray, one of the greatest ever players in rugby, was paid tribute last night by his celebrated club Garryowen, along with some of the stars of rugby and other sports.

Stars in attendance at the Adare Manor last night to honour the scrum-half’s contribution to the sport included Ireland’s two “World Player of the Year” winners, Johnny Sexton and Keith Wood, along with other Irish players like Rob Kearney, Peter O’Mahony, Keith Earls, Tadgh Furlong, Andrew Conway and many more.

Past stars of the game, including Tony Ward, David and Richard Wallace, Rob Henderson, Philip Danaher, Mike Sherry, Pat Whelan, Damien Varley, and others also arrived to show their support for Conor Murray on his excellent achievements playing with Lions, Munster and Ireland. The night’s event also celebrated his outstanding early years playing for the famed Limerick club, along with the renowned rugby nursery, St. Munchin’s College.

Humbled by the tribute, Conor Murray said: “I’ve been privileged in my career to have enjoyed magnificent moments at the highest level, with Ireland, the Lions and, of course, Munster.  But none of this would have happened were it not for my club Garryowen. The same applies to all international players; it starts with your club and I can certainly say that I got the best possible start with Garryowen and owe so much to everyone here.

He added: “I’m a bit awkward about tonight; you come into a room like this in Adare and see people who were your heroes growing up, see people also who perhaps may not be household names as well but people who played a key part in everything you’ve been lucky enough to experience. I’m the one that’s thankful tonight.”

Among those to take to the stage in front of the 300 strong attendance to tell of the impact Conor Murray has made on the greatest era ever for Irish rugby were Johnny Sexton, Keith Wood, and Peter O’Mahony.

As part of the evening, Garryowen FC took the opportunity also to launch their Legacy project.

Frank Hogan, Chair of the Garryowen FC Legacy Committee said, “Building on the values of the club, values that help nurture great young players like Conor, we need to recognize and support those that have played for the club in the past and for community projects in the future.”

Among the items auctioned on the night to help raise funds for the Legacy project were boots signed by Murray himself, a signed Irish Captain’s jersey, a holiday to New York, golf days and rugby experiences.

To round off the night; The Stunning, fronted by Steve Wall, performed into the small hours of the morning.

For more information on the Garryowen FC, click here

2000 Lucky Children Take to the Skies with Shannon Santa Flights