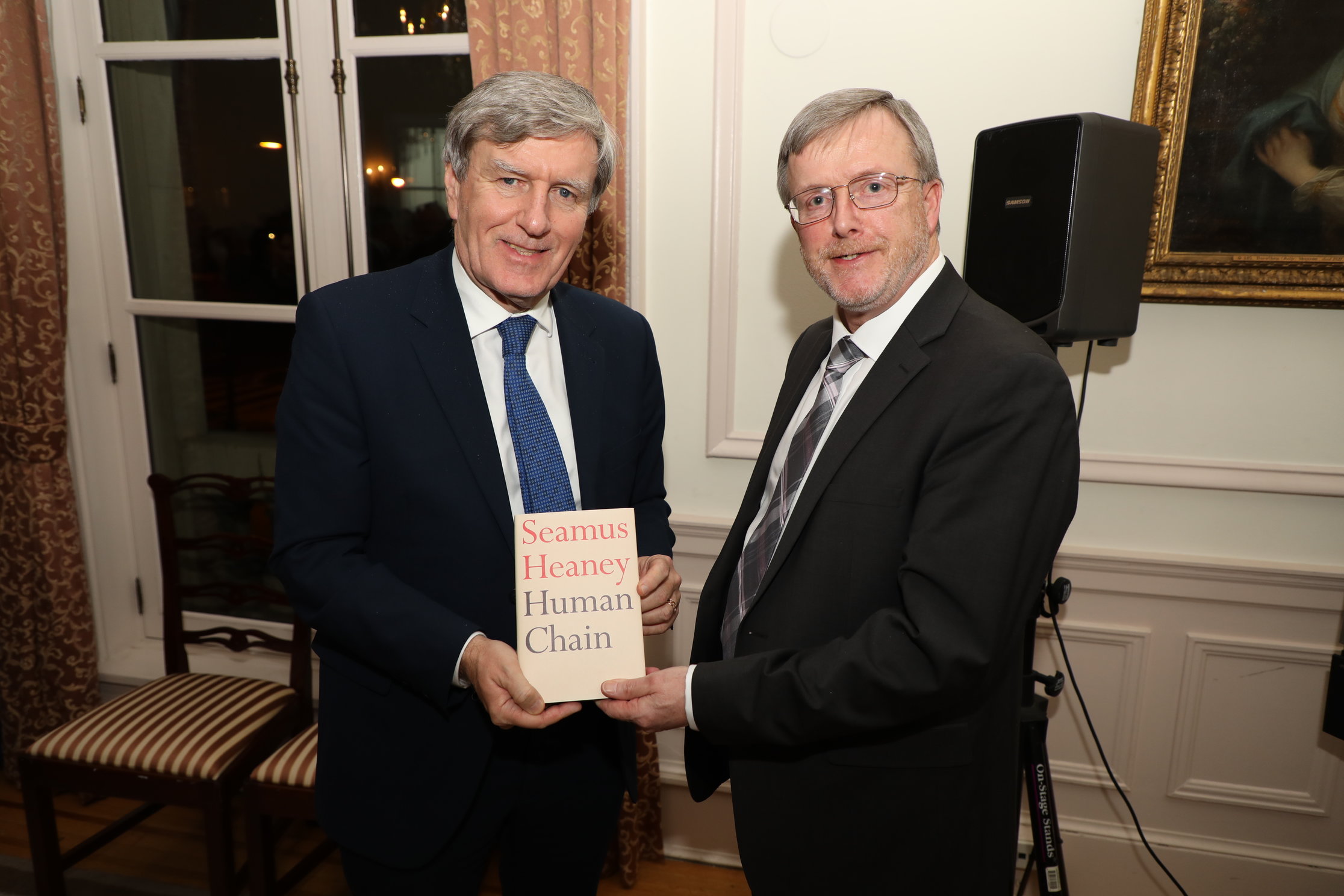 US universities, colleges and high schools learned about the world-class education and pastoral care their students would experience at Mary Immaculate College, Limerick, at a special Ambassador’s reception held in Washington last weekend in honour of MIC by Daniel Mulhall. The event was held to coincide with the annual meeting of the Association of Catholic Colleges and Universities (ACCU) and was an opportunity for MIC to showcase its award-winning international student satisfaction ratings and academic offerings to member universities as well as to other university partners and high school principals from the region.

Explaining why one should study in Ireland, he said, “You get a world-class education but you also get the warm welcome that is probably not matched anywhere in Europe”.

Ambassador of Ireland to the United States, Mr Daniel Mulhall, speaking at a special reception for Mary Immaculate College held in Washington DC at the Irish Embassy.

Speaking at the event, Professor Eugene Wall, acting President of MIC thanked the Ambassador for hosting the event before expanding on the many relations the College has established with like-minded US institutions.  “Over the last number of years, we have been steadily building contacts and partnerships with universities, colleges and high schools all over the world, but we have a particular interest in North America (and Australia) and working with other Catholic institutions, in light of our common language and shared ethos,” he said.

According to Professor Wall, “The academic offerings and culture of MIC translate easily to the American university system, particularly at private Catholic colleges offering Education and Liberal Arts.   We see our programmes complimenting those on offer in our partner institutions, with no language barrier, a similar culture, and most importantly, excellent pastoral care. At the heart of our reputation is our care for our students. From the moment they are collected from the airport until the day that they leave to go home, we ensure that our international students have an experience that is focused on their well-being and academic involvement”.

Indeed, it is because of MIC’s commitment to ‘whole-student experience’ that the College won Study Portals Award for Outstanding International Student Satisfaction in 2014 and 2016 and in 2017 received the best International College Achievement Award at the Irish Education Awards.

For more stories on the Mary Immaculate College go here.

For more information on the Mary Immaculate College go here.