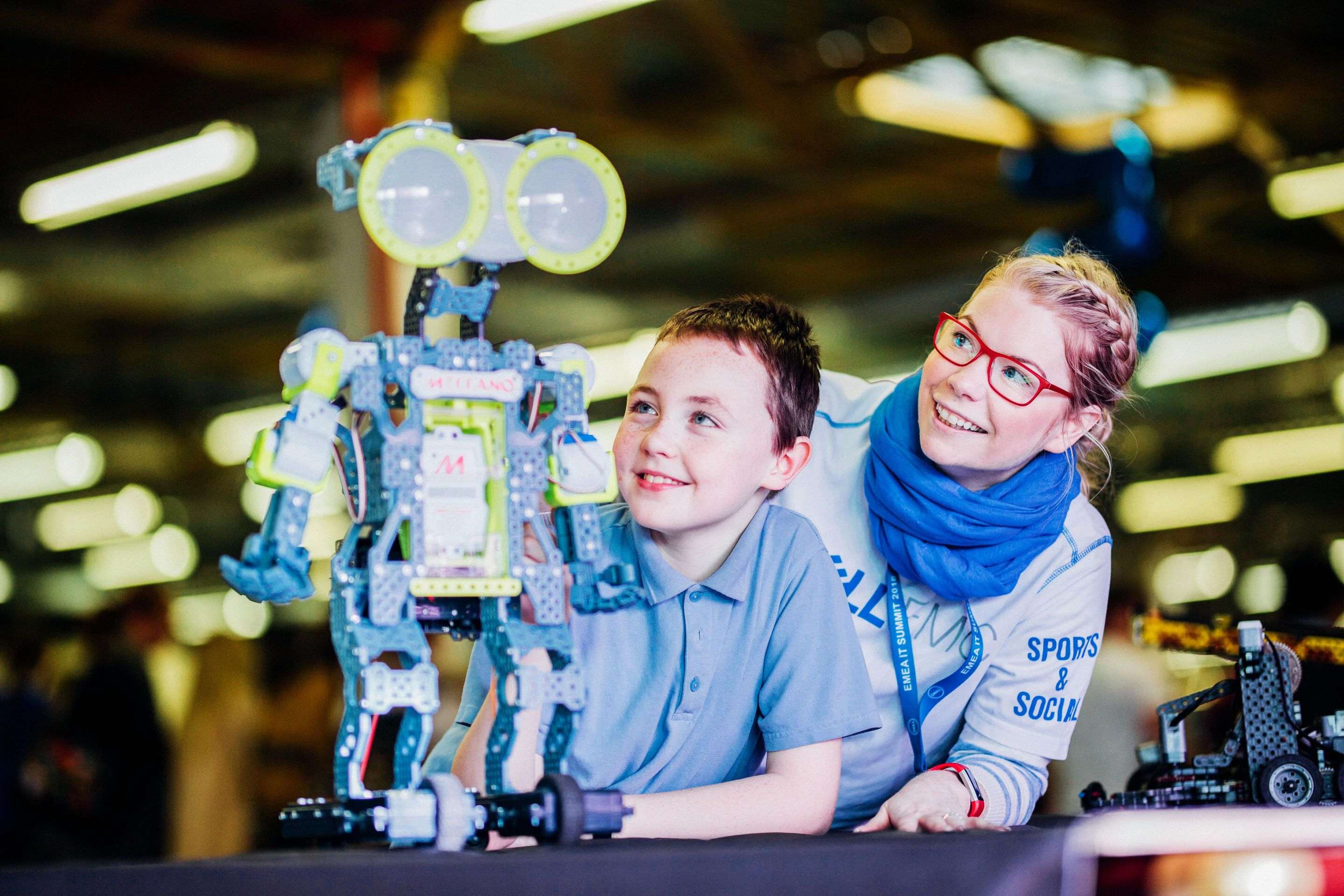 The Dell VEX Robotics Challenge calls on students at the primary and secondary school level to work in teams to design, build and program a robot. The competition is run by Dell, in collaboration with a number of partner institutes including Mary Immaculate College in Limerick, Cork Institute of Technology and The Education Support Centres in Limerick and Cork.

The campaign to engage more schools across the Mid-West region began last July when Dell EMC Mary Immaculate College delivered summer courses for primary school teachers. These courses involved learning how to design robots, teach problem-solving skills, understand trouble-shooting and learning how to code in order to equip the teachers with the knowledge, skills and confidence to integrate STEM effectively into the curriculum using robotics and more importantly enter their classes into the Dell Vex Robotics Challenge.

In September, schools were provided with an easy-to-follow curriculum to help the schools run the preparation stages independently with the support of the Dell employees who have volunteered their time to visit participating schools and provide guidance to students and teachers. Three professional development workshops were also held at the Dell EMC Limerick Campus and scrimmages were organized in schools during January to prepare students for the competition phases.

The first Dell VEX Robotics competition for secondary schools took place in 2012 with 10 teams competing. This year 98 teams are involved in the contest; 67 from primary schools and 31 from secondary schools.  In total, 1,800 students from seven counties will participate over five days of events in the final stages of the competition.

Denis Kelly, Senior Vice-President for Consumer Services, Dell EMC said; “We are delighted to be hosting the Dell VEX Robotics semi-finals in Limerick today. At Dell EMC, we’re passionate about showcasing the exciting side of STEM subjects and the Dell VEX Robotics Challenge is a fun way for us to engage with students and encourage them to become the new innovators of their future. We’re grateful to have the support of Mary Immaculate College as we continue to inspire young people to choose STEM subjects and nurture the creative and curious side of their brains. The time and effort that was put in by all participating schools today was evident and gave us all an exciting glimpse into the future with the students putting on a powerful demonstration of their digital aptitude and project solving skills. I’m confident the Dell VEX Robotics Challenge will continue to grow and succeed as we aim to forge the next generation of tech leaders in Ireland.”

In regards to the competition and Dell EMC Mary Immaculate College, Dr Maeve Liston, Director of Enterprise and Community Engagement, Mary Immaculate College said: “It’s great to be here today witnessing the culmination of several months of engagement with schools across the Mid-West region. We were delighted when Dell approached us to be involved in this initiative. The emergence of STEM is now at centre stage in the education reform movement. There is a need to integrate STEM right across the education system and the need to prepare students with twenty-first-century skills through STEM-related teaching, especially at the grassroots at primary level. This programme is significant in addressing Ireland’s STEM Education Policy Statement 2017-2026 which aims to be internationally recognised as providing the highest quality STEM education experience for learners that nurtures curiosity, inquiry, problem-solving, creativity, ethical behaviour, confidence, and persistence, along with the excitement of collaborative innovation”
The finals of the Primary School competition will take place on March 1st in Cork Institute of Technology with the overall winners getting a spot to compete at the VEX World Competition in Kentucky

For further information on VEX Robotics log on here.

For more stories on Dell EMC from ILoveLimerick go here.

Association of Irish Choirs workshop on vocal health and production will be a can’t miss event in UL!