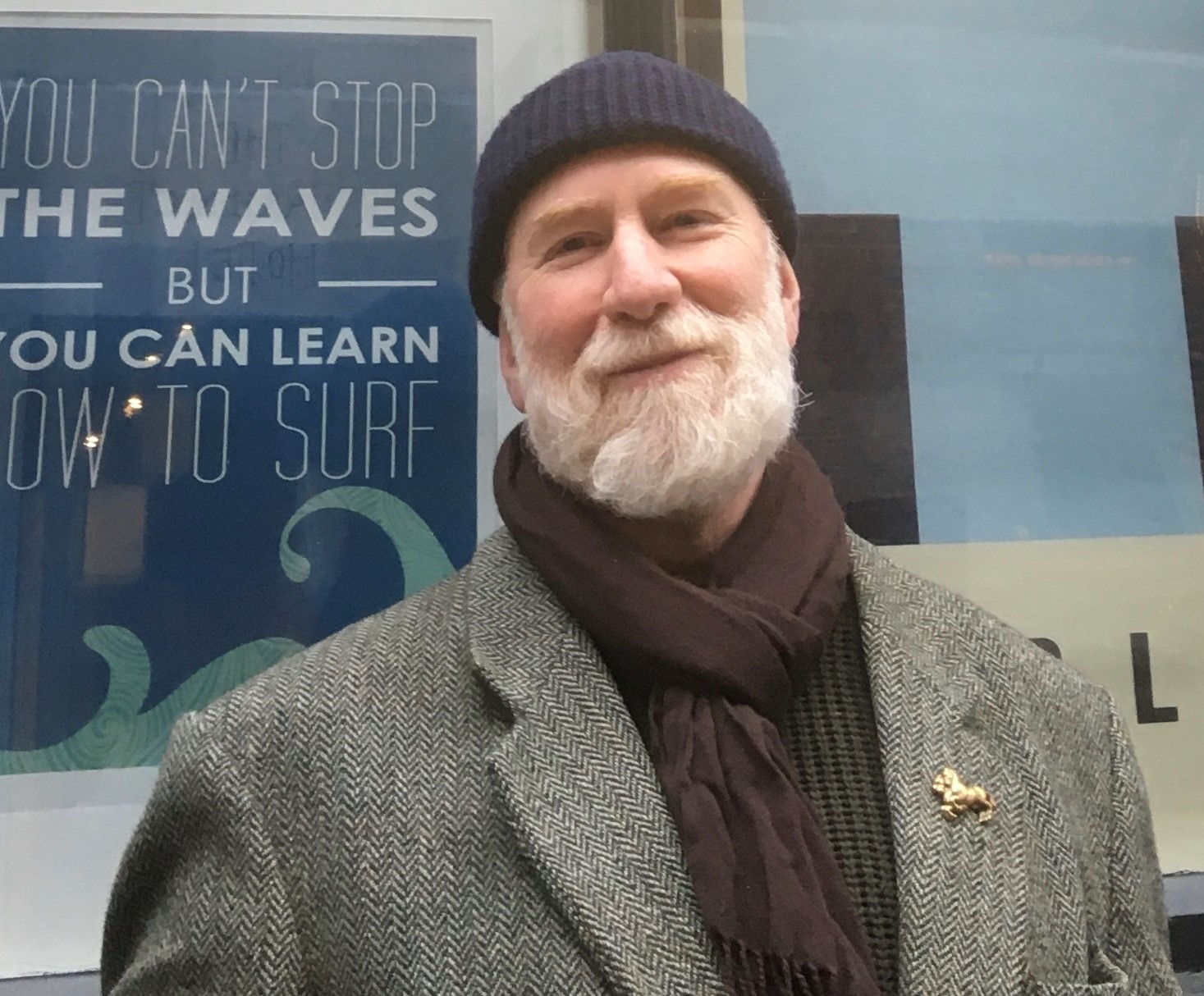 The winners, and commended poems, of the Desmond O’Grady International Poetry Competition 2020 were announced by competition judge John Liddy. The winning poems will be posted on the Limerick Writers’ Centre website, with the judge’s comments.

Judge for this year’s competition, poet John Liddy, said he “felt the stirrings of pure and honest voices behind the words”.  Of the one hundred and fifty poems entered this year sixteen of the poems were of such quality that every one of them would be a worthy winner.

“They speak to us in quiet ways and powerful, their subjects and themes handled with a surety and control only good poets know how to do because each poem turns, as O’Grady wrote, ‘for the safest healer/To a clean and bandaged silence of the heart’’ he remarked.

Of the winning poem, making hay by John D Kelly, he said: “I chose Making Hay as the winner because of its understated simplicity concerning a rural scene that is viewed through cinematic and painterly eyes, magical in the daily round of mundane chores, a dawn epiphany in its sudden realization for the need to make hay as the sun shines.”

Desmond O Grady in his youth. The competition aims to keep his spirit alive and keep poetry thriving.

The Desmond O’Grady International Poetry Competition is run every year by the Limerick Writers’ Centre. Their aim is to promote the work of the late Limerick poet Desmond O’Grady by keeping his name prominent in poetry circles worldwide.

Reputed not only for his seventeen collections of poetry and his linguistic prowess, O’Grady was a founding member of the European Community of Writers.  He was closely associated with the revival of poetry readings in the White House pub in Limerick in 2003 with Barney Sheehan and Dominic Taylor.

He was highly commended in the Patrick Kavanagh Poetry Award, 2016, won Silver Medal in the International Dermot Healy Poetry Competition in both 2014 and 2015, and first prize in Poets Meet Painters, Hungry Hill, 2014. As well as also being published in Poetry Ireland Review, Magma, O’ Bheal Five Words, The Stony Thursday Book, The Blue Nib, The Cormorant, The Galway Review, On The Grass when I Arrive and Children Of The Nation, he has read his poetry at various venues including the Over The Edge series, Galway; in Cavan for At The Edge and at the Cúirt International Festival of Literature, 2019.

He was selected to read at Prebooked Poetry Introductions, Cork International Poetry Festival, 2020. His Debut collection The Loss Of Yellowhammers will be published in 2020 by Summer Palace Press.

Felicity Sheehy’s work appears in The New Republic, The Yale Review, Narrative, The Adroit Journal, Poet Lore, Blackbird, Shenandoah, Southern Indiana Review, The Greensboro Review, and elsewhere. She has received an Academy of American Poets Prize, a scholarship to the Kenyon Review Writers’ Workshop, a Tennessee Williams Scholarship to the Sewanee Writers’ Conference, and the Jane Martin Poetry Prize for U.K. residents under 30.

Sven Kretzschmar (Germany) for The shapes of words within us

Kathryn Slattery (Irl) for The Prisoners of Cell Block K

The sun shames the moon’s night of reflected glory

as it rises again to begin this early side of brightness.

in deference, and into this pretentious hocus-pocus –

A clapperboard’s beak snaps at a recent memory.

A director shouts “Action!” again, for a second take.

like the single caw from a parliament of startled rooks

feeding nearby on a newly cut meadow.

An exclamation! A synchronised aggravation!

Is today to be just another badly rehearsed roll call

for other would-be stars

in front of close-up cameras not culpable

for the blindness of this confederacy of dunces;

or for the fool who tries to capture it for projection

later in the darkness of a room on a silvered screen?

I dream of another crazy man who once − in oils −

got the best of this golden light, as my eyes too

are dazzled and almost get lost in a myopic frenzy.

And I too nearly miss this moment’s majesty

in the distance: the mist-filtered, mighty backdrop