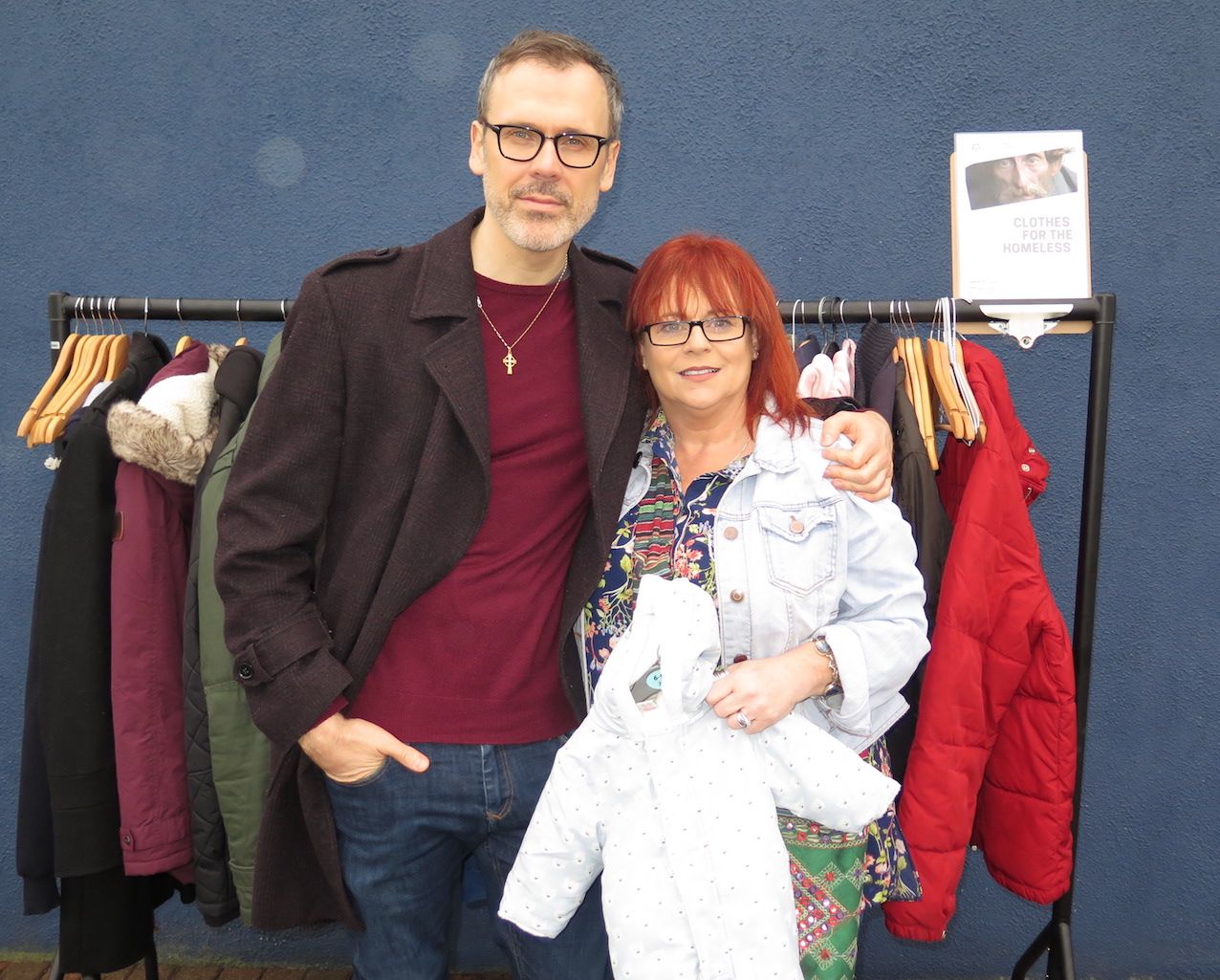 Audrey Ryan is yet again doing amazing work for the people of Limerick with her coat shelter for the homeless. Audrey started the #DonateACoat 2017 initiative after the death of a young lady who passed away last year while living on the street. Audrey decided to set up this project so that every homeless person in Limerick could at least have a coat over the winter months. The coat shelter will be located in Arthur’s Quay Park with hangers there for people to leave any coats that they are willing to donate.

This year’s shelter which will be located in Arthur’s Quay Park.

The #DonateACoat 2017 is yet another one of Audrey’s Campaigns to help the homeless. After reading about a similar campaign in London which was very successful, Audrey began her search last year. She posted on Facebook searching for a rail, hangers and most importantly a place to set up. Following on from the huge success of last year’s rail, Audrey Ryan is once again going above and beyond to help the homeless of Limerick.

The shelter was built by Ray O Holloran from Limerick City Build this year to house the coats and the coat shelter will be positioned in Arthur’s Quay Park throughout the winter months.

The tarpaulin to cover the shelter was provided by Tarpaulin Factory Ltd in the Tait Business Centre for free and many Limerick businesses have already donated coasts to the cause. Members of the public are being urged to donate what they can to the #DonateACoat 2017campaign.

Audrey spoke to ilovelimerick about the initiative, “Everybody should have a coat. Last year I had coats for children, men, women, sleeping bags and blankets. The Army Surplus store donated bags that protect sleeping bags from the elements. People are always approaching me and asking when is the coat rail coming up, wanting to donate what they can”.

Audrey’s father raised their family with the mindset of “always pay it forward” and that if you can do something for someone else, it doesn’t matter how big or small always do it.

I was raised in St Mary’s Park and that is the way we were all raised there. Always helping one another out. We saw it there the time of the flooding, everyone helped each other out”.