By Richard Lynch on October 30, 2020@richanthon 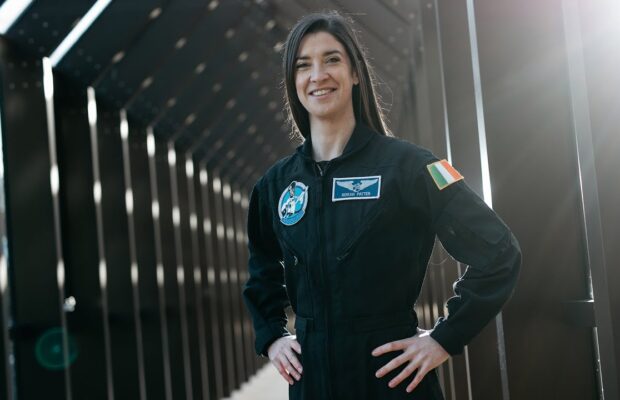 Dr Norah Patten encourages more people to vote and support the authors, illustrators, and editors of this year’s An Post Irish Book Awards.

Dr Norah Patten was born in Ballina, County Mayo, and has been fascinated with space since she was eleven years old. She could never quite let go of her interest and passion for space and strategically selected to study Aeronautical Engineering at the University of Limerick where she later also got her doctorate in Aerodynamics in 2011. Since then Patten worked as a lecturer and project manager at the University of Limerick.

Dr Norah’s book, ‘Shooting for the Stars’, will bring you on a journey high above the earn and into space. Through this book, you will learn about space travel, astronaut training, and life without gravity. Norah takes this time to answer those all-important questions such as, how long does take to become an astronaut? And, where exactly do astronauts go to the toilet? It is a fun and engaging book about space and becoming an astronaut but most importantly it is a book about following your dreams no matter how big.

Dr Norah is no stranger to following your dreams. In 2017, Norah was one of the twelve participants from around the world selected to take part in a unique scientist-astronaut training programme, Project Possum. She is now on course to become Ireland’s first astronaut, a dream she has had since she was eleven years old and took her first visit to NASA.

As a very very proud winner of the @anpost_irishbookawards 2019 for my book ‘Shooting for The Stars’, published by @theobrienpress and illustrated by @jenniferfarleyillustration (pictured), I say a huge thank you again to all who voted last year. And it’s that time of year again to get voting 📚 The shortlist has been announced for 2020 and you can vote online until 16th November 🙂 See @anpost_irishbookawards for all the details 📖🔖 Best of luck to all the authors, illustrators, publishers, photographers and all involved. #books #reading #stories #illustrations #publication #inspiration #inspire

The shortlist for the An Post Irish Book Awards 2020 was announced on October 30. The voting will stay open online until November 16.

The Irish Book awards were founded by Derek Hughes in 2006, and project managed by Hughes and Hughes Booksellers. In later years the awards were expanded and widened by the support of the whole Irish book-selling and publishing Industry.

From a small base of three initial categories, the awards now include eighteen categories spanning the literary genres. Thousands of ordinary readers vote to select the winners every year. The awards dinner has become the major event in the literary calendar with the Taoiseach and Presidents as guests of honour.

These awards are for exclusively Irish writers. The Irish Book Awards brings together the entire literary community to celebrate Irish writing.

Dr Norah is a massive fan of these awards and endorses them greatly. She encouraged her Instagram followers to vote in these awards saying “It is that time of the year again to get voting. The shortlist has just been announced for 2020 and you can vote until November 16. Best of luck to all the authors, illustrators, publishers, and photographers that are all involved this year.”