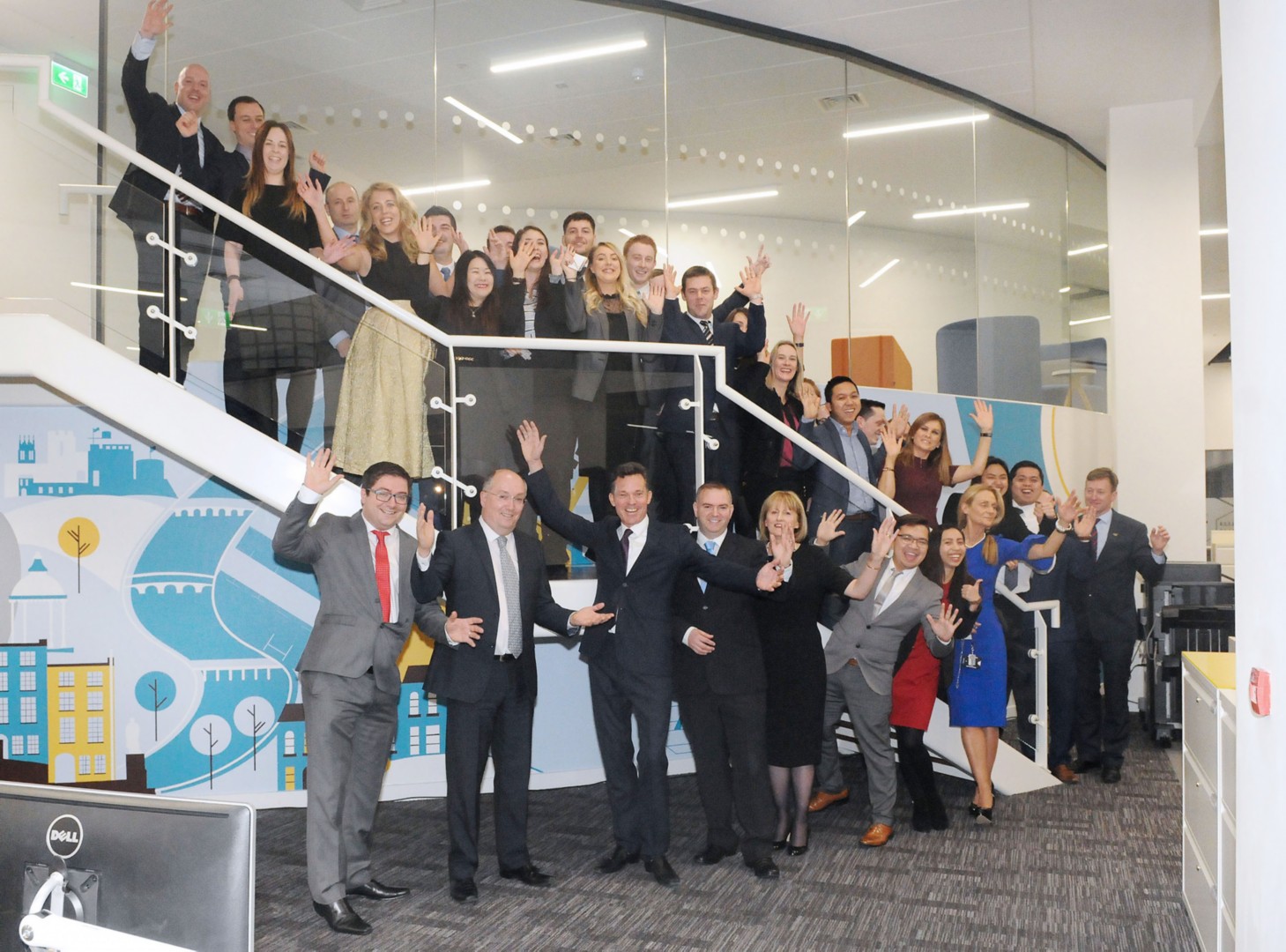 EY Creates Limerick Job Opportunities Through New Office Space
Photo courtesy of EYGM Limited
EY continues to drive employment in Limerick through opening of new expanded office in the city
Limerick, Sunday 11 December 2016: Professional services firm EY has announced the opening of its new expanded office space in the heart of Limerick City. The firm, which employs over 50 people in the city, has moved to a modern and open plan office space in Riverview House, Harvey’s Quay in order to facilitate its ongoing expansion following continued market leading growth. The fully operational office was formally opened last Thursday by Minister for Finance, Michael Noonan T.D.

Overlooking the river Shannon, EY Limerick’s centrally located and expanded office has the capacity to support the firm’s ambition to grow to a headcount of at least 100 people by 2020, providing much-needed jobs in the region. Employing over 2,000 people across the island of Ireland, EY has significantly boosted its pool of talent in the past six months alone, having announced the creation of 270 new jobs in June, with 170 of these positions already filled across its seven offices in Dublin, Belfast, Cork, Limerick, Waterford and Galway.

Speaking at the opening, Minister for Finance Michael Noonan T.D. commented: “I welcome the announcement by EY of the opening of their new premises. EY have contributed greatly to Limerick’s business environment for a number of decades and they are now looking to continue that relationship. This new office will benefit the current and future employees, it will also help this successful firm to grow their contribution to businesses around Limerick. It’s great to see yet another company choosing to locate in Limerick’s vibrant city centre. I wish EY great success with this move to their new offices.”
EY has been present in Limerick since 1980, first locating on O’Connell Street before moving to Hartstonge Street in 1982, and then later to Barrington Street in 1988 where it has been located since. Its move to Harvey’s Quay follows continued growth in the region, where it provides assurance, tax, transaction and advisory services to multinational and indigenous Irish companies, as well as entrepreneurs, high net worth individuals and family run businesses in Limerick and the wider Munster area.

The new office space on Harvey’s Quay features a large glazed façade with views of the River Shannon, a spacious open plan layout with five metre high ceilings and unique sit-stand workstations equipped with first-class technological features. The premises was chosen not only in response to the need for additional space to facilitate EY’s growth, but also to meet the needs of its growing client base who are increasingly seeking the convenience of a central location.

EY Ireland Managing Partner Mike McKerr added: “A key driver of this move has been EY Limerick’s strong performance in recent years as an advisor to some of the region’s most successful Technology, Life Sciences and Real Estate companies as well as entrepreneurial businesses. As we look towards our 2020 ambitions to expand to a team of over 100 people in Limerick, we are strongly committed to building on this established reputation and growing our footprint and client offering in the Mid-West. This new location, which is the only office space of its kind in the heart of the city, is the ideal space to facilitate these ambitions and the expansion our growing team of local talent.”
Building on its legacy in the region, EY has also supported more than 60 entrepreneurial companies across Munster over the past 19 years through the EY Entrepreneur Of The Year Programme™, including Limerick-based investment company Freshgrass Group, agricultural manufacturing firm Samco, which is located in Adare and TTM Group.

Limerick-based Tax Partner, John Heffernan said: “We pride ourselves on our strong commitment to supporting the interests of our city and region by working closely with local bodies and the Limerick Chamber so are delighted to announce our new expanded presence in the city. The energy and vibrancy of Limerick’s growing city centre is second to none so as a team, we look forward to making ourselves at home here and continuing to offer our clients the highest level of service in our new state-of-the-art surroundings.”