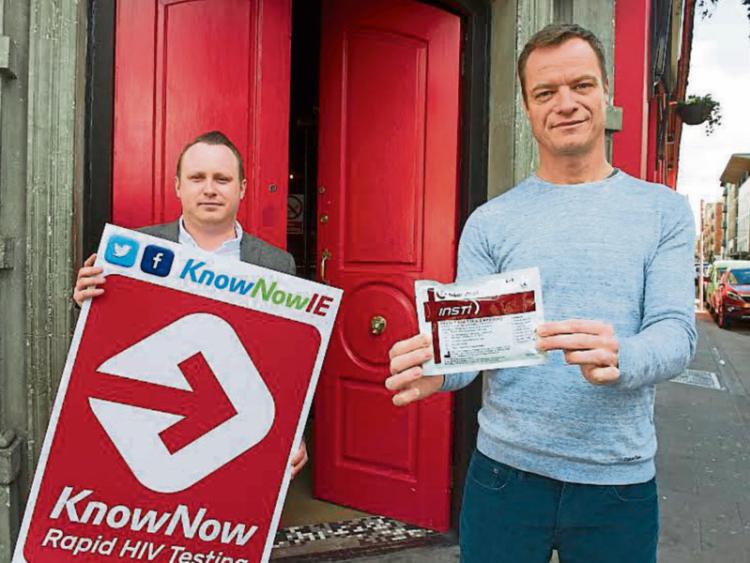 Free HIV testing for Limerick City thanks to KnowNow Ireland

Free HIV tests are to be provided to Limerick City. A Limerick based sexual health charity was part of the team which launched Know Now Ireland’s – first national free rapid HIV testing programme.

The pilot scheme is coordinated in different parts of the country, among them GOSHH in Limerick. GOSHH stands for Gender, Orientation, Sexual Health and HIV, GOSHH is a charity based in Limerick city and provides prevention, care and support services relating to LGBT, HIV/AIDS and Sexual Health. The testing is community based and will be provided by a team of community volunteers in a variety of non-clinical venues, including the GOSHH Centre at 18, Davis Street in Limerick.

“We are particularly excited about the launch of KnowNow and look forward to partnering with GLEN and the Sexual Health Centre. One of the goals of KnowNow will be that everybody living in the Mid-West will get to know their HIV Status and be aware of Sexual Health Services within their locality”.

“These days HIV is a treatable infection and the sooner someone living with HIV accesses treatment, the sooner the medication will reduce their viral load to undetectable. It is also important to encourage people to openly discuss their HIV status with their sexual partner,” said Ann Mason, GOSHH manager.

GOSHH have been providing rapid HIV tests for the last four years but this pilot scheme sees a national approach to rapid HIV testing for the first time. By making the test free of charge it removes the barrier of cost which was sometimes a factor in people not testing for HIV. Rapid HIV testing allows you to know your HIV status within 30 seconds!